Kim may have broken the internet, but she didn't break the patriarchy. 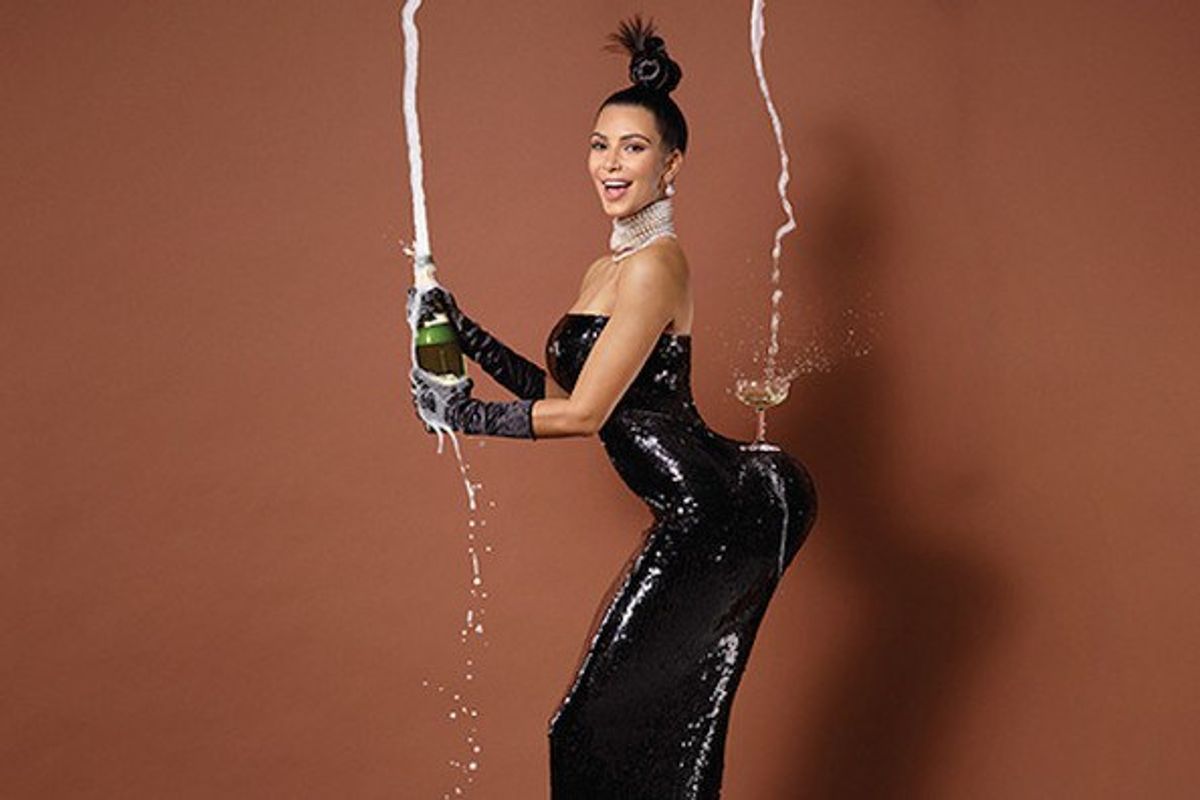 Somehow I have found myself at a point where I have seen every "Keeping up With the Kardashians" episode, and my social media centers around their constant buzz. If Kim posts a Snapchat, IG, or tweet then I could probably let ya know what’s going on in her world. Sometimes it is not by choice either, as these large platforms highly endorse the family.

Now, we could degrade their ability to do this, or examine how they should be using their power. Because you know what, the family has potential. There is something about them that has drawn in the nation, and even given them an international platform. Their direct line into our lives via social media could make a serious impact on our social structure. They have the power to shatter our rose colored glasses, but instead they just are upgrading them for darker designer shades.

Our media is filled with their love lives, their outfits, their endorsements, and their skewed view on social issues. We have literally paid for the mansions and Mercedes Benz, while we trade in our souls for their washed out hypocrisy. Because while Kim posts a nude selfie in the name of feminism, she actually just found a new way to make money. I get that it is her right to post whatever she desires, but there are more dire and consequential things to worry about than her selfies.

And yes body empowerment is important, but is Kim Kardashian providing the best, and most honest way of doing this? Or is she using her sexuality and power simply for more money? I mean let’s be real, as Kim posts a nude selfie, and embraces her “sexuality” in exchange for media coverage and huge buy outs, there are women facing sexism over something as minor as a spaghetti strap.

If Kim Kardashian was truly working in the name of feminism, then her focus would be less on what gets her attention and a check, and more on deeper issues. Her emphasis should be on poverty stricken mothers, the racist experience of marginalized women, young girls seeking education, rape culture, empowering girls to break the constrictions of our male dominated world, producing better living conditions, and other issues that affect the large majority of our population. Feminism should be directed to issues that are truly substantial and less vapid than a Twitter fight or tabloid cover.

So, dear Kim Kardashian, use your power, your money, and your fame to make an actual difference. Take a cue from Princess Fiona in "Shrek" as she embraced and liberated herself. Sure, a male rescued her from her ivory tower, but never once did she submit herself to the patriarchy. Instead, she accepted her body, accepted who she loved, and fought for right to do her thing.

So, no you do not need to exploit your body, let alone rely on heavily edited pictures. And you definitely don’t need to be filling our young girl’s minds with diluted images of what being a feminist means. Instead, show them that feminism is embracing (not exploiting) your womanhood, fighting for equality of all people, and having the crazy notion that you are worth more than your body. I have a hunch that you are an intelligent entrepreneur, so let’s stop playing dumb. I mean, for god sake, if a fictional ogre can be a feminist role model, why can’t you?