Don't just do the minimum because the smallest things mean more than you think. 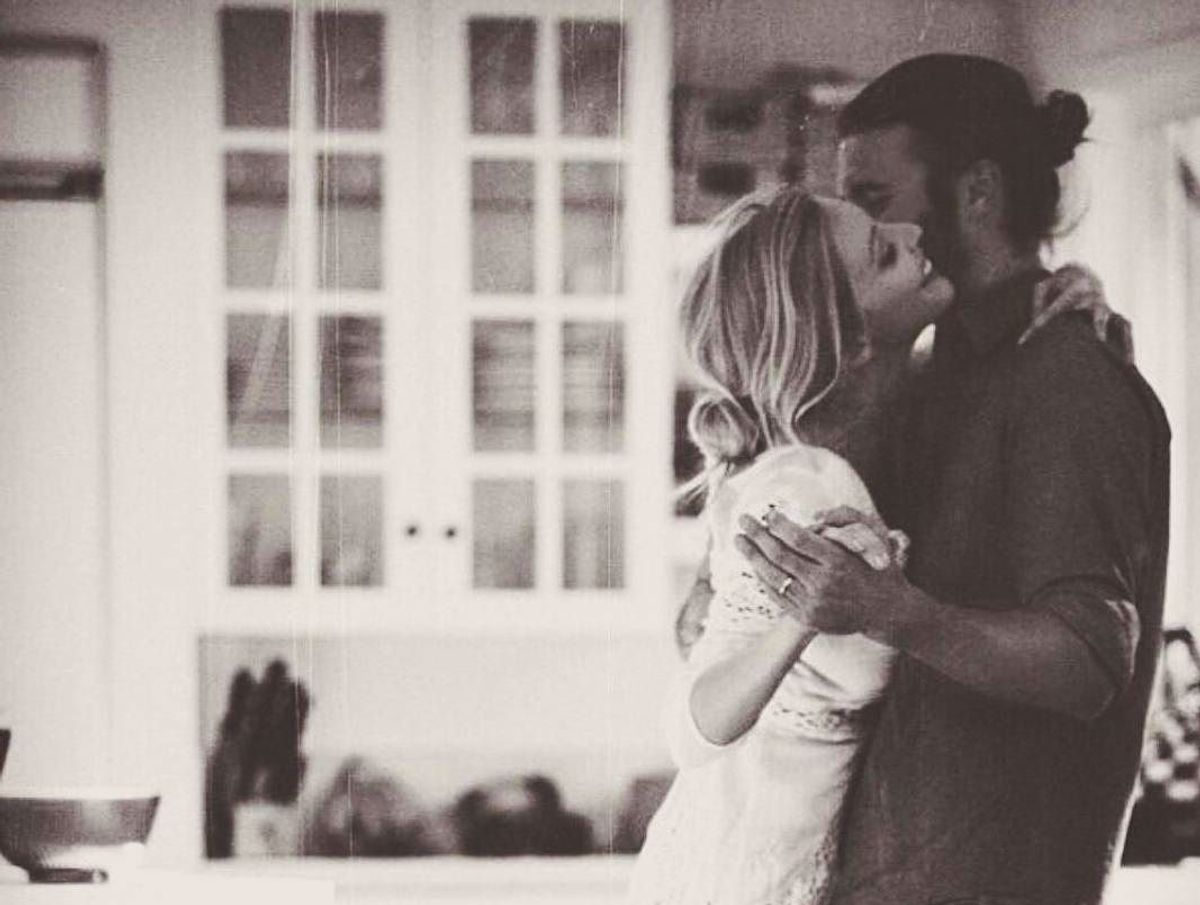 It goes without saying that nothing in life goes as planned and it's definitely far from perfect. Life is indeed an open book with all the obstacles that will be thrown your way but who's to say you have zero control of it? One of the hardest things in life one will face is love — all aspects of it. For some unforeseen reason, things in this department have changed and it's without question not for the better.

If only things were done and handled like they used to be. It's not entirely that the new generation is to blame for why love and relationships are the way they are. In reality, it's because of the loss of old school etiquette that, somewhere along the way, abruptly stopped being practiced or, sadly, even preached.

Do yourselves a favor and picture yourself years ago when your grandparents, or even parents, were dating. That's the kind of love you and I deserve. Old school etiquette will never go out of style and here are some examples of how:

When you think old school, the first thing you probably think of is flowers. This is easily the most sincere, old school gesture you can do. Yes, flowers don't live forever. Yes, the money you spend on them can probably go toward something better — but it's just the thought behind them that counts. Flowers will never fail you in any situation.

2. Coming to the door to pick you up.

I'll be the first one admit that I love staying in with an S/O just relaxing and hanging out at home — but I also do love going out on dates. Who doesn't? It makes you feel wanted and it spices things up. The idea of 'dates' is slowly dying when it absolutely shouldn't be, especially for younger men and women. You don't need to spend hundreds on your date, so "saving money" isn't a valid enough of an excuse.

In my 22 years of living, I honestly think I've had someone open the car door for me less than I can count on one hand. When talking to older couples, it's more than likely that this gesture would be categorized under a no-brainer. The littlest things can go a long way.

This used to never be an issue when it came to dating, and it should really stay that way. Phones and other sorts of electronics should never be a distraction when spending time with your S/O. All your attention should be directed towards them and whatever it is you two are doing together. It seems like a pretty basic idea but it's ignored more than it should be.

I don't know about you, but I love dancing. You'll catch me dancing at the most random, awkward times. You'll catch me dancing when a good song comes on. Dancing makes most people happy to say the very least. When it comes to your S/O or someone you're casually dating, dancing can be the most intimate, fun, or just flat out romantic moment. None of that grinding or club dancing garbage— I'm talking about hand in hand, face to face dancing.

It's a damn shame that some people consider it flirting if you "like" someone's post. That's so strange if you really think about it. It's nothing special because guess what — your S/O probably just liked another account's post while scrolling through their feed. That's not special. Give someone compliments. If you're thinking it, it won't hurt letting the person know you think they look beautiful, handsome, hot, etc.

8. In a world of texting, remember calling is better.

My phone is practically glued to me and if I like you enough, I will answer you in a timely manner unless I'm working or actually busy. Texting messages here and there will definitely confirm you're being thought of or that you care enough to still squeeze someone into your day— but calling and hearing someone's voice will outdo texting any day. Sometimes there's only one voice you want to hear to make your day better.

9. If you have plans together, keep them.

This goes outside of dating but I think it's pretty essential. This shows respect. This shows interest. This shows you care. That's really what it all comes down to. Don't be that person. Those types of people suck.

10. If you have plans together, don't show up belligerent of any sort.

Don't mess things up because you were selfish enough to not consider someone else's feelings. Don't be that disrespectful person because you're not only wasting their time, you're wasting your time doing who knows what while looking like a jerk in the process.

Wasn't it just so nice knowing that the younger you were, "asking" someone to be your boyfriend or girlfriend was actually a thing? Yes, there are times in relationships where you feel the emotions and do everything that people in relationships do — so that 'title' talk isn't always necessary. But it's nice to know that it's legitimate, and confirmation doesn't hurt.

12. Dressing to impress should always remain a priority.

There's no better feeling when your S/O looks at you in awe because of how great you look. Love is accepting you at your messiest, most all natural look — but wowing them should always be a continuous cycle. It's just an extra reminder of how lucky someone is that you're in their life. Always go out of your way to look your best, it doesn't matter the situation. Just do it.

The cutest, easiest gesture. This doesn't throw PDA in others' faces, it just shows everyone your exclusivity and there's nothing wrong with it. This doesn't have to be done always, but this concept should never die out. Ever.

14. Do things your significant other wants to do, even if you don't want to sometimes.

This is SO important. You need to stay flirty because no one wants to fall out of love. Keep things fun; Keep things hot. Those butterflies in your stomach should never go away. I'm telling you — it's the little things! Always give your S/O a reminder as to why they fell in love with you and would be crazy to not stay in love with you.

Don't be overly aggressive. Be kind. Understand the word "no." Don't take something out on your S/O for no logical reason. Choose your battles wisely. Stay level headed. Respect is given when it's received— I don't think I can preach this enough.

17. Asking for the parents' blessing.

For some reason, this is slowly becoming a thing of the past. All the glory to those men who still believe in this because we need more of you out there. Yes, ultimately the whole "forever" thing is entirely up to us, but if you think this etiquette is stupid, check yourself. It's really not.

Since exclusivity and titles are slowly becoming an issue, don't ever let it cloud your judgment or feelings. Don't put a relationship on a pedestal or in jeopardy solely because you're immature and worry about what your friends might think. Don't worry about you missing out on particular things your single friends partake in. Be better than that.

19. Giving a woman your jacket.

Ugh. This is just so sweet of someone to do. It shows you care and it shows you're chivalrous. This gesture is as old school as it gets and makes women feel so unbelievably wanted and appreciated. Plus, it's so cute seeing it being done that you can't help but say good things.

Just like not letting your pride get in the way of things — hiding your feelings should almost be in its own category despite having similar reasoning. Feelings and emotions mean everything so if you have them, express them. If you have some feelings, express those too. If you're not about something, why wait before addressing that? No matter what, this constant communication should remain a priority in any kind of relationship, not just romantically. Being honest with yourself, your heart, and your S/O will only better and strengthen your situation.