8 Pick-Up Lines That You’ve Probably Never Heard Before, And Some Stories Behind Them
Odyssey

8 Pick-Up Lines That You’ve Probably Never Heard Before, And Some Stories Behind Them

Even in an age of endless dating apps, pick-up lines will always have their merit. 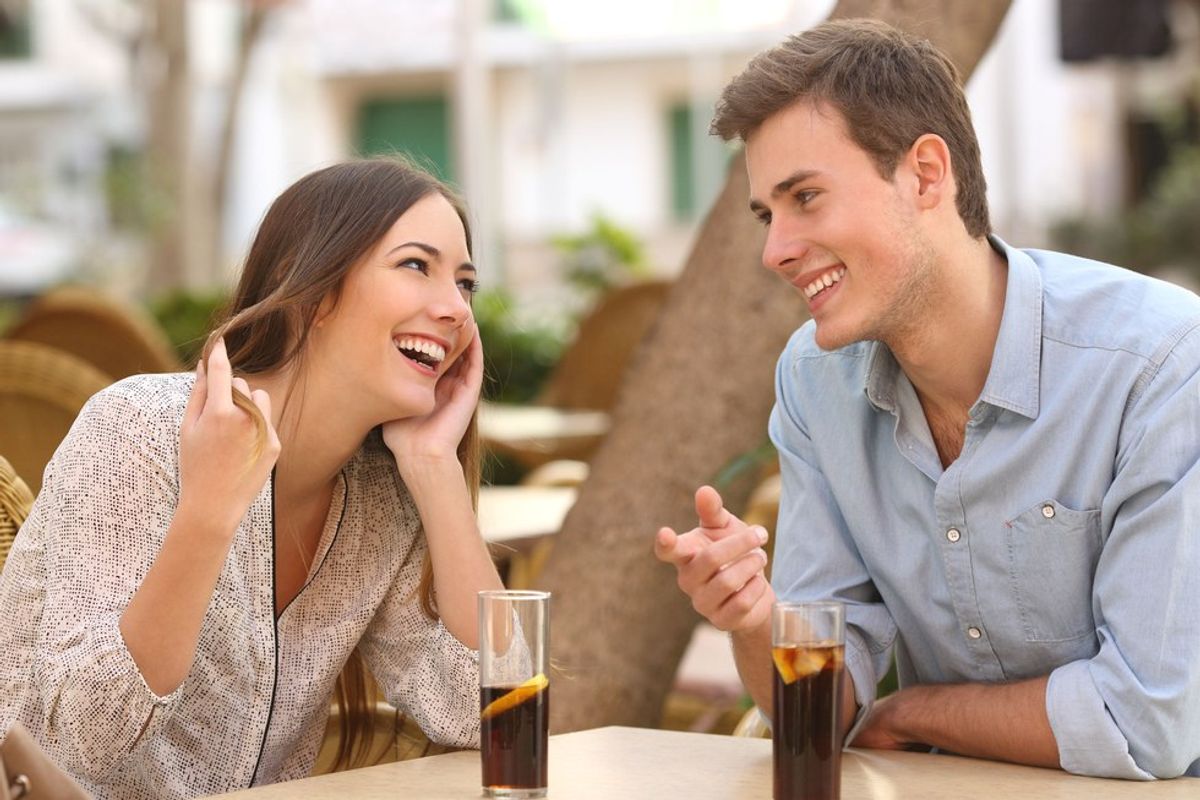 Well, rest assured, you won’t find any crazy, awesome, swooning, take-me-off-my feet methodology here. What follows is an exploratory look into the world of pick-up lines, because they are the most ancient and yet consistently modernized and advanced methods of initiating the beginnings of a wonderful love.

So here are nine pick-up lines with stories behind them— stories to make you laugh, to make you cry, and to teach you that in the world of dating, the worst methodologies often have surprising results.

1. Hey, would it be weird if I followed you home? Cause my parents always told me to follow my dreams.

This is my personal favorite pick-up line. It hits the girl with a huge “wtf” moment, and you’re left standing there with all the appearances of a very creepy dude. But then you shatter that illusion with the second sentence and boom— instant laughter and a wow-much-clever-you-loyal-you-cute sentiment. I have no particular story for this pick-up line, because it seems to work the same way no matter the personality of the girl I use it on. So if you want to actually start a conversation and think you have the confidence (I’ll admit, this one takes kind of a boastful air) to pull it off, by all means, go forth, my fellow seeker of love.

Yes. All caps. I first used this at a summer college program, where I burst into some cute girl’s dorm room, screamed the line, and flopped on the ground of her room like a, well, fallen elderly man with an alert device. She thought it was hilarious and we ended up talking for long time. Successful? Yes, yes I would say so.

3. Hey, your hand looks kinda heavy. Let me hold that for you.

Sweet, innocent, and fundamentally clever. I was walking outside my dorm one day with a girl that I had been friends with for awhile and pulled this line out of my pocket and gently applied it to her aching heart. She thought it was really clever, and the maiden offered her hand to me. However, the guys who passed us as I used the line sniggered in a really pork-like way, which was funny seeing as I was the one who just successfully pulled off every middle school boy’s dream.

4. Do you have a map? Because I’m getting lost in your eyes.

Hahahaha, I’m sorry, I have to lexicographically exemplify my laughter, because this was one of the more idiotic moments of my life. I was at the beach, and my brother and I were walking along the shoreline looking for cute girls to talk to. Well, I zeroed in on one, and approached her with a smile and a little small talk before the perfect moment arose in which to use this line. See, it was a hot summer day, and the sun was shining hella bright. So. I got lost, for sure, but in a combination of her sunglasses, laughter, and a hearty, “Nice try.”

5. If I had a star for every time you brightened my day, I’d have a galaxy in my hand.

Honestly, this is more something you say when you’re in some type of a relationship with a girl than trying to initiate a connection. I was with a girl my junior year of high school and she was texting me how she didn’t feel like I was paying enough attention to her and that there was little romance in our relationship. Well, I’ll admit, the gentlemanly thing to do there would have been probably to have a talk with her and end things smoothly. But I was submerged in my speech tournament AND I was a stupid seventeen-year-old, so I used this line as a cheap shot at something romantic. It worked, but it was like trying to tie two galaxies together with a piece of string.

Straight up tried using this at a party. Did it work? Does the president spend a minute fishing in his nasal cavity before speaking? Right.

7. Hey, are your legs tired? Because you’ve been running through my mind all night.

Classic stuff here. This one often earns me a “oh, haha,” or “shut up,” but the girl is nearly always smiling after I use it. Thing is though, not a really applicable line to use when the girl’s legs are actually tired. So if you’re tryna use this line at the gym after a girl has just completed a grueling leg workout, she’s going to look at you and bark something along the lines of, “Hell, yeah, my legs are tired, why do you wanna know?”

8. Kiss me if I’m wrong, but dinosaurs still exist, right?

I never use “dinosaurs,” because that just sounds kind of weird, ya know? Randomly mentioning our ancient reptilian friends in the middle of a conversation on racial prejudice in politics? So I always just say something that obviously is not true, i.e.: “Kiss me if I’m wrong, but minorities are equally represented in Congress, right?” This line, tailored in the way you want it, is the perfect transition moment to start getting it on with the girl. There’s always a moment of awkwardness when both of you want to kiss each other but neither of you seem to be in the right position or moment in the conversation or whatnot. So this line will always come to the rescue, because it is direct without being too direct, and if you play it right, it can be insanely clever, too.

So next time you see that heart-catching girl across the room, try one of these lines. You really never know how she’ll react, and that, I think, is the beauty of pick-up lines.

Sexy. Confident. Provocative. Curve fragrances intrigue the senses with striking notes and a modern attitude to guide a new generation of fragrance users.