Amya thinks the creepy looking trees are a sign. 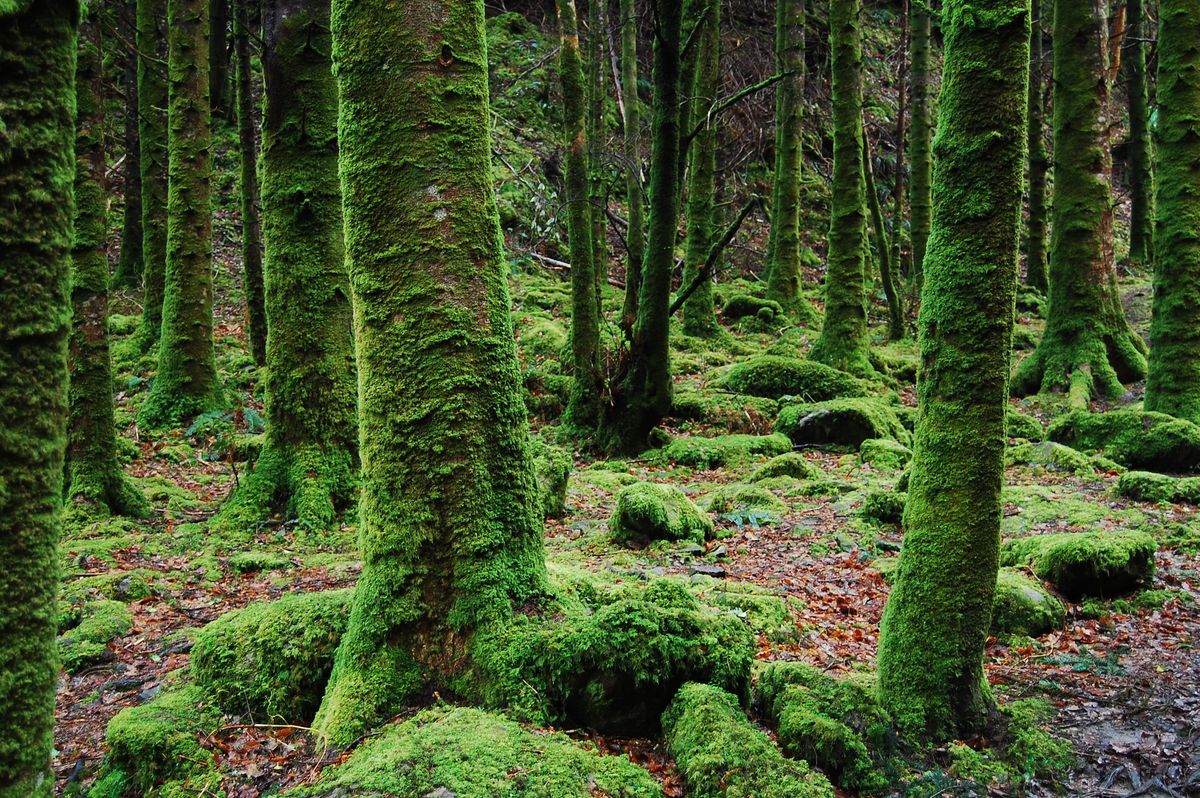 It was the trees. Amya thought of them as the creepy trees. They were tall, twisted and covered in moss. The limbs looked as if they were arms that were reaching out, attempting to lure your soul from your body. It sounded cliché to Amya, but it was what she saw as her father drove up the mountain to their new home. Not just to their new home, but his new wife, who inherited her family home in the mountains of Northern California. It was an omen, the twelve-year-old girl thought. It meant this new arrangement wasn’t meant to work.

“Dad,” She pointed past the window, “look at those trees, their creepy.”

“Creepy trees, yep, they sure do look like that.” He murmured.

“Don’t do this now, Amya. We are here and I’m not leaving Laura because you find trees creepy. There is no sign, no spirits, no evil entities. Laura, loves us and what better place to live than in the mountains by the ocean?” Her father scolded.

“Back at home where mama could take care of us.” Amya murmured.

“That’s not right, Amya. Your mother is… not in the position to help anyone.”

“She’d dead, Dad, you can say it. Mom is dead, and we are moving away from her house and she can’t help us.” Amya complained.

“Amya Mary Sawyer! That is enough. You cannot see your mother, you cannot see spirits, the trees are not creepy, and Laura and Remi will be happy we have finally made it home.” Jason Sawyer demanded.

“Jason Marcus Sawyer, Mom wouldn’t have wanted us to stay at home.”

Amya crossed her arms and huffed, looking out the window of their family car. The car her mother drove to the hospital in while she was in labor, the car her mother took her to kindergarten in. The car Francesca Morales Sawyer drove the morning before she had an aneurysm. Of all the things that changed, Amya refused to let her father get rid of the car. She would be driving in a few years and she wanted this vehicle.

It wasn’t that she didn’t like her step-mother. Laura Pierce Sawyer was nice enough, found ways to relate to Amya, supported her. Remi, her step-sister was the typical sixteen-year-old angsty high schooler, who liked to tease Amya for being nerdy.

It was all too cliché, Amya thought again. A new family, new home, new school. All she had to do now was meet a shiny vampire and it would be a young adult novel. Accept Amya was only twelve, vampires didn’t exist, and she didn’t have a wicked step-mother or sister for that matter. Amya didn’t hate her situation like everyone thought. She missed her mother, and she didn’t feel right in this place.

They remained in silence for the remainder of the drive up the mountain. There were beautiful things, the ferns, the redwoods, the stream that seemed to follow the road. Or maybe it was the road that followed the stream. Amya could hear the water rushing past. These things were beautiful to her. But there was something deeper, something malicious about this place and it made all her little hairs stand on end.


Her mother had believed her when she told her parents that she could sense and sometimes even see spirits. Her dad, on the other hand, was angry that Francesca would encourage such behavior. If only he knew how disappointed Francesca was in him for denying Amya’s gift.

Finally, after what seemed like the end of times, a sprawling log house appeared before them. The enormity of the property astounded her.

“Dad? Does her whole family still live in it?” Amya joked.

Jason chuckled, the laugh lines at the corner of his eyes wrinkling, making Amya feel guilty for giving him such a hard time. “It looks like they could, huh, Lil-a-my?”

It was Jason’s nickname for her. First, it was My Little Amya. Then, it evolved to Lil-a-my. Amya felt a pang of sadness. Her father had been through so much as well. He deserved the happiness that Laura gave him. She would make the best of the situation. Even though the house and everything that surrounded it made her feel uneasy.

Jason parked the car and Laura ran out to meet them. “Hello, darling. How was your trip.”

“It was beautiful. The scenery was just wonderful.” Jason responded, taking her around the waist and placing a tender kiss on her lips, “We missed you.”

“Amya, sugar, how was it for you?” Laura asked, genuinely concerned.

Her father gave her a wide-eyed warning behind Laura’s back. “It was fine, long and tiring.”

She should see her father relax. “But it’s kinda creepy out here,” she added quickly.

But Laura laughed, “Remi said the same thing. You two must be kindred spirits.”

Amya smiled sweetly, but she doubted very much that Remington Pierce was any kind of kindred with her. The gorgeous Remi was about to drive, she wasn’t athletic, but she was popular at her old school. Remi had exotic eyes and pretty, straight teeth, long dark chocolate hair, and full lips. Amya was awkward, with braces and hair that was not quite brown, but not quite blonde either. Dishwater, her old schoolmates would call it. The product of her mother's dark hair and her father’s platinum blonde. She was scrawny, but out of everything, Amya loved her face, wide, almond eyes the color of honey, lips a little too big for her face and a pert nose. She loved it because she looked like her mother. Her Abuela had shown her pictures of her mother when she was the same age as Amya now. Other than the hair and Amya’s skinny build they were identical.

“Well come inside and see the house, it has been kept up so well, if we’re not careful, we will get lost.”Laura joked, wrapping her arm around Amya’s shoulder and giving her a quick squeeze.

The giant front stairs leading to the porch was ten log steps. The porch was big enough to fit their last house in it. Laura pushed open a heavy wooden door to reveal a large living room. Remi sat on the massive couch with a book.

“Brace face!” She yelled across to her. “We don’t even have to have a room on the same side of the house.”

“Best feature yet!” Amya yelled back, laughter lightening her tone.

Laura took them through the house, which was complete with eight bedrooms, six full bathrooms, two half bathrooms, a kitchen meant for a castle, a living room, family room, drawing room, library, garden, heated swimming pool, and several hiking paths outside. Through the entire tour, Amya couldn’t help but feel uneasy. Several of the rooms gave her chills, the garden, beautiful as it was, made her hair stand on end. Amya had no intention of walking on those trails.