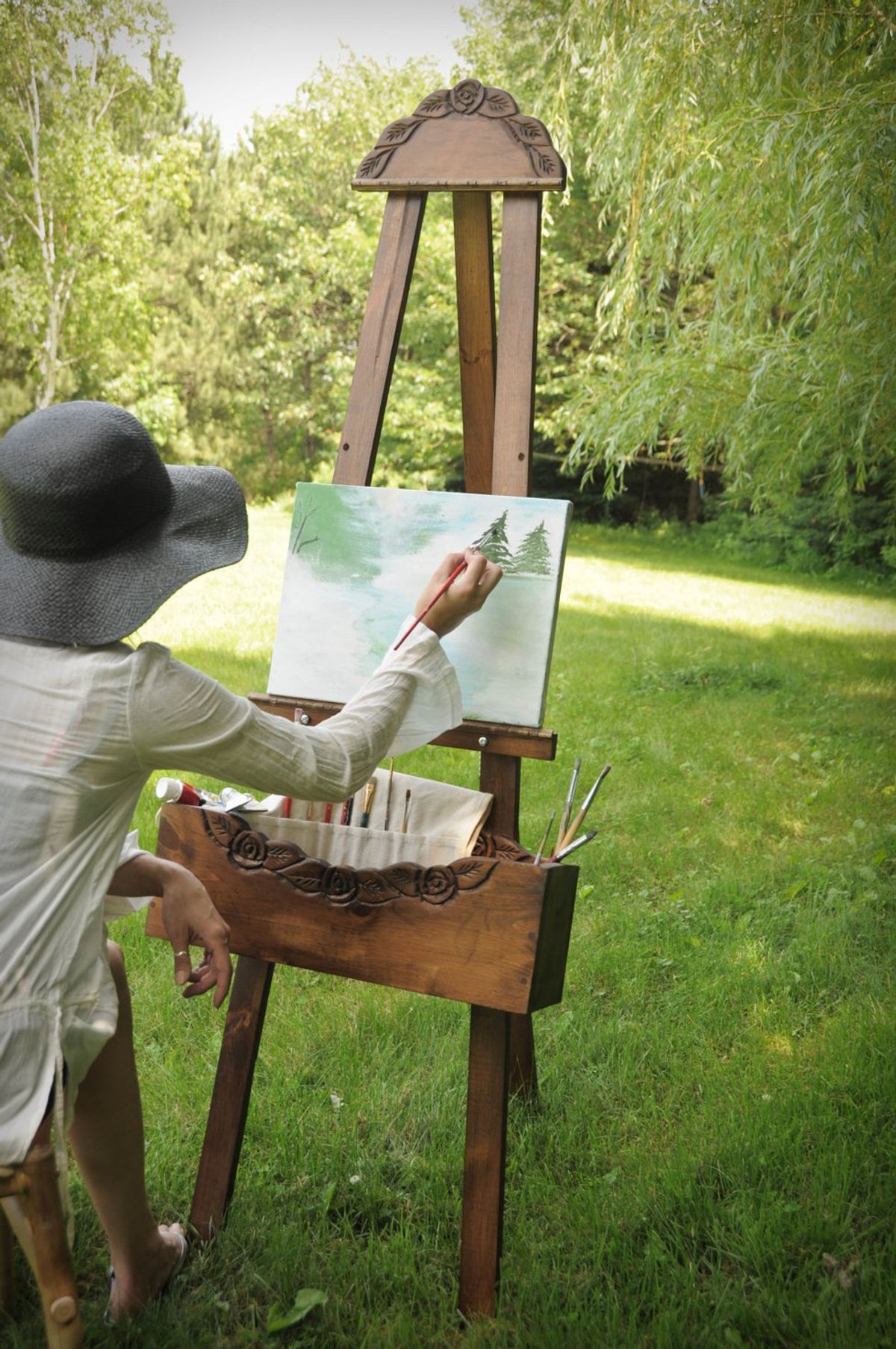 I am a writer. A writer of fiction. So this sort of thing is a little more difficult for me. It is much easier to make something up about made up people than talking about one’s self or real things. But you’d think I were better at nonfiction and essay writing after nine-ish years of learning how. After all, we are taught how to write essays and nonfiction pieces from a young age, because that is what is expected. But what about fiction? What about exploring new paths of the brain and finding new worlds hiding in the vast canyons of the mind, just waiting to be explored?

I am one who has always loved to pretend and make stories up; it isn’t hard. It has never been hard; the hard part is getting it on the page. Yet it seems to me that the average adult is so lost to the world of make-believe that they have lost sight of their creativity all together. Yes, there are artists and writers and creative people galore, I don’t mean to step on any toes. The thing is that at a certain age, creativity isn’t something that is taught; it becomes something that few pursue.

While it is important to know how to write a persuasive essay or a piece of nonfiction, it is equally important to know how to exercise the creative part of the brain. Too often have I heard people complaining that they have no imagination, or that they aren’t creative. Well, yes you are. You just don't know it because you forgot what it was like to create. Everyone dreams and makes up situations in their heads, but there is something different about being able to play make believe and act those dreams out in reality, be it in projects, acting, or on the page.

But as soon as middle school comes… boom. It is not longer okay to write stories and pretend. We are taught how to write essays, how to prove a point, the correct structure, MLA citation, how to write a mic-dropping conclusion, and rarely are we taught how to write creatively. The thing is, this two styles go hand in hand. It is a rare teacher who recognizes that and encourages both.

In my sophomore year writing class my teacher gave us free writes, half hour blocks where he told us to “just write”, the only requirement being that the we needed to have at least half a page in half an hour. I soaked up those times, scribbling as fast as I could, and usually ended up with some angsty thing about two pages front and back, while other students sat there, staring into space. When my teacher asked them what they were writing about they said they didn’t know, that they didn’t have any imagination or weren’t creative. And that makes me sad. So often it is that, at a certain age, it becomes “unacceptable” to play make believe, that telling stories and pretending is childish and “not cool.” I don’t know what the importance is of pretending not to have an imagination, and it seems that children are younger than before when they decide that they need to be “cool” (whatever that means). For myself, I thought it was stupid, and I did what I wanted, even if it labeled me as weird or odd. I played games of some sort at recess until high school, and then I started keeping a sketch journal. Sophomore year came, along with that writing class. It is because of that class, among other things, that I am where I am today with writing, and I am so grateful to that teacher for encouraging me. Sophomore year was pivotal for me in the sense of writing. It was then that the seedling for the story I am working on was planted, and it was then that I began to recognize my thirst for writing and that it wasn’t a pesticide to play make believe.

Creativity, in any of its forms is necessary, and it is my belief that everyone needs to have some sort of creative outlet or passion, be it writing, art, DIY projects, organizing the cupboards, et cetera et cetera. If ever you think that you are not creative, stop right there. You are. You just need to find out how you are, what your passion is. Experiment, try new things, get on Pinterest and try the projects they have and laugh over the failed attempts until you get it right. Read, read writing prompts… Just do something to get those creative juices going again, like when you were a child. Break down the walls that have been built around the house of creativity and explore what was once forgotten. Once you find that passion, what makes you happy no matter what: that is one of the greatest moments ever.