You'll want to remember who they are 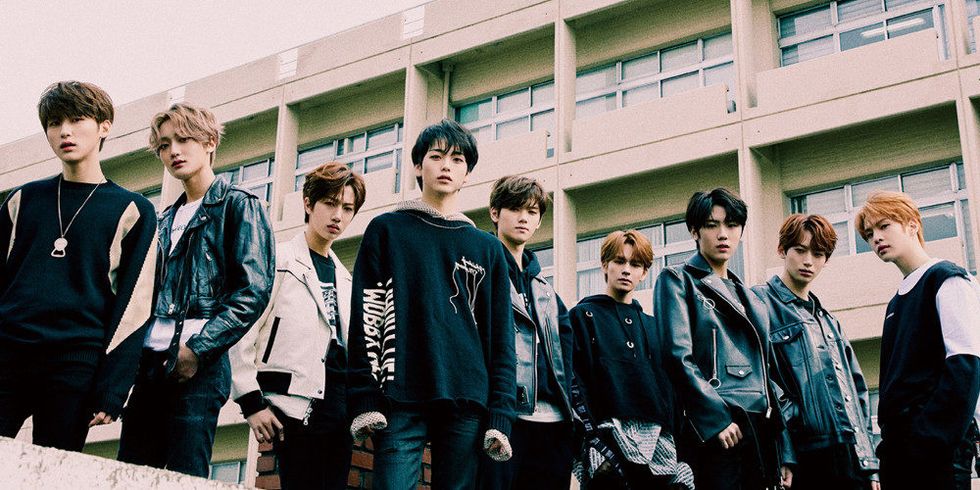 With many groups releasing new music in April and May, Starship Entertainment fittingly debuted a new boy group.

CRAVITY recently debuted on April 14th, 2020 and consists of nine members ranging in age from 21 to 17 years old.

Their debut album, "HIDEOUT : REMEMBER WHO WE ARE" has seven songs in total, and each one showcases the vocal abilities of the various members.

Their title track is 'Break all the Rules,' and it fits into the urban hip hip genre. This song speaks on breaking out of what you are confined to and striving towards your goals.

For the members of CRAVITY, this song emphasizes their ambitions and how they will push forward in any struggles they'll encounter along their journey to success.

In addition to the title track, the group has six more songs that deserve recognition too.

The first track on this album that is before 'Break all the Rules' is 'Top of the Chain'. This song immediately pulled me in with its strong sound and beat. The impact it has feels similar to that of an Imagine Dragons's song because of the harsh electric guitar in the beginning and the powerful chorus.

'JUMPER' is the third track and is definitely my personal favorite off of this album. Before I even listened to the full song, I loved 'JUMPER' because of the snippet I heard in the preview video they released a day before the album dropped.

Even though I love the entire song, the highlight of this track for me is Woobin's high note at 2:57 in the performance video linked below.

It's also worth mentioning that this song was produced, composed, and written by Jooheon from Monsta X, a group under Starship Entertainment since 2015. Fans of Monsta X can even hear his voice at 2:49 in the video below.

The fourth track on this album, 'Blackout' gives more time to the rap line of the group, but still showcases their talented vocalists in the chorus. Serim and Allen are the rappers of CRAVITY, and they both make this song with their back and forth rap starting at 1:26 till 1:51 of the track.

The last three songs on this album take on a lighter, softer sound when compared to the first four tracks.

The lyrics for their fifth song, 'Stay' revolve around how your anxieties and worries can be calmed down by someone you love. The person you love helps you down unfamiliar roads and gives you a place to hideout for a little bit.

'Cloud 9' was another one of the tracks I instantly loved after hearing it in the preview video. This song has such high spirits and reminds me of the carefree nature of summer.

The last song is 'Star', and it concludes the album with the idea that someone can be like a star to you. This person saves you from falling with their light and always leads you to where you need to go.

My favorite lyrics of this song are sung by Seongmin in the pre-chorus, "Among the many stars that are embroidered in the sky / You are my own light".

Even though CRAVITY is a new group, their debut album is filled with nothing less than amazing songs.

This album is already one of my favorites of the year, and I can't wait to see what CRAVITY will bring after this successful debut.