Stuck on ideas for a roleplay? Here you go! 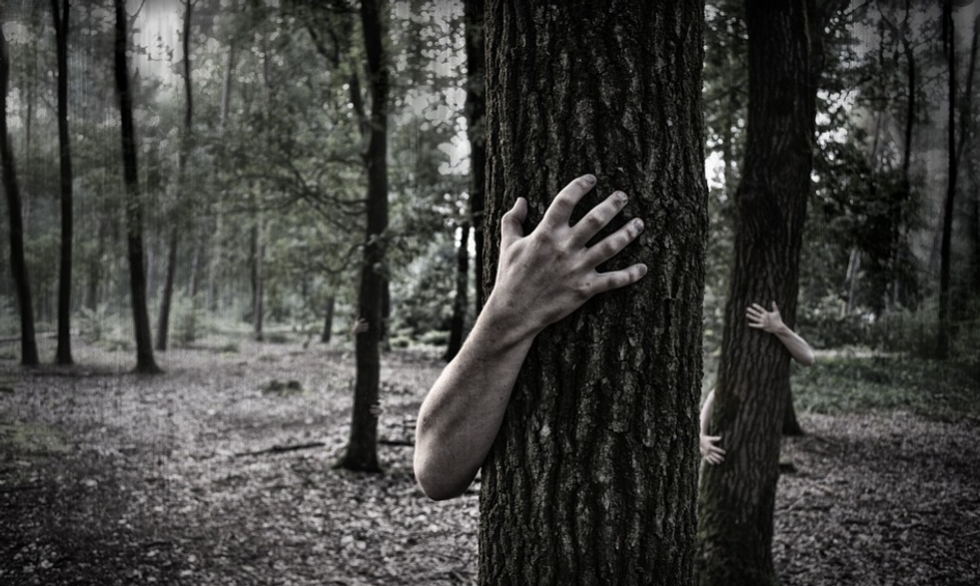 One thing that many creators know is that fun to have characters and different universes to work with but what's the point if you have nothing to do with them? Many people turn to roleplay as a fun way to use characters, whether they're original or from a fandom. It'd a fun escape for many people but what happens when you run out of ideas to do? It's a terrible spot to be in. So here are a few different role play plot ideas.

SEE MORE: The Amazing World Of Roleplay On Tumblr

Person A has had many near-death experiences in their life. They should be dead but it's as if something is protecting them. Then they meet Person B, their guardian angel.

Person A is a vampire Prince. They rule the kingdom and sit on the throne, but it's all with reluctance. Every year a sacrifice is brought from a nearby village for The Vampire Royalty. They kidnap Person B and take them to the castle.

From here you can go in any direction you want! Person A can turn person B into a vampire, Person A can have mercy on them and send them back to the village, or maybe even keep Person B as a pet or something of the likes. This one is very open so just have fun with it!

Person A is a mental hospital patient, put there for any reason you'd like. So far nobody has been able to make progress with Person A. That is until Person B comes along.

This one is good if you like getting deep into characters and their relations with others.

Person A is riding along the outskirts of their ranch when they see Person B on the ground. Person B has been shot and will soon bleed to death if they aren't helped.

I left this one fairly open too. Does Person A take the risk and help Person B? What will it cost them if the do?

I don't really have anything specific for this one. I feel it's a bit of an oldie but goodie. Similar to the Vampire one there are a lot of ways you could go. Are they both werewolves? Is one human? Does one of them get turned and the other has to deal with it? Are there two werewolf packs fighting? There are just so many possibilities with this one, just go for it.

After losing all of their supplies, friends and allies Person A finds themselves lost and without any defense. That is until they run into Person B's group. How does Person B react? Do they accept Person A with open arms or are hey hostile and wary?

This one mostly applies to fandom related RP's. Take the lead characters and reverse their roles. Make them the opposite of who or what they really are and see where that leads you.

Person A has just moved into their new home. (Apartment, Mansion, cozy town house, whatever you'd like) The first few nights are peaceful. Then things start to get crazy and the meet Person B. Person B inhabited the home once upon a time. They were killed some how and were stuck to their house as a ghost.

Person A and Person B have known each other for a long time. Person A gets into an accident, giving them head trauma and causing them to forget Person B, or even everything they've ever known. It's up to Person B to help them remember and if they don't remember, to help them figure out their life.

I feel like this is fairly self-explanatory. Person A and Person B switch bodies for a certain amount of time. Chaos ensues as they try to pretend to be each other and sort everything out.

Person A and Person B are going through the Purge. They end up stuck together fighting against people who want to kill them.

This one is fairly open too. Have fun with who your characters are and their status and things like that.

Person A suddenly wakes up with the ability to read minds. What happens when they read their best friend, Person B's mind?

This could be a good spot to combine another one of these with this one! Maybe Person B had some secrets they really didn't want Person A to find out about.

Person A is a respectable treasure hunter. They put years of work into finding the most amazing treasure of their life only to have Person B, a treasure thief, to steal it right at the last moment.