The Rise, Fall, And Rise Again of Corey LaJoie
Odyssey

The Rise, Fall, And Rise Again of Corey LaJoie

Third-generation racer, Corey LaJoie, has had to work for everything he has gotten, but the story of his career is only something that could be written in Hollywood. 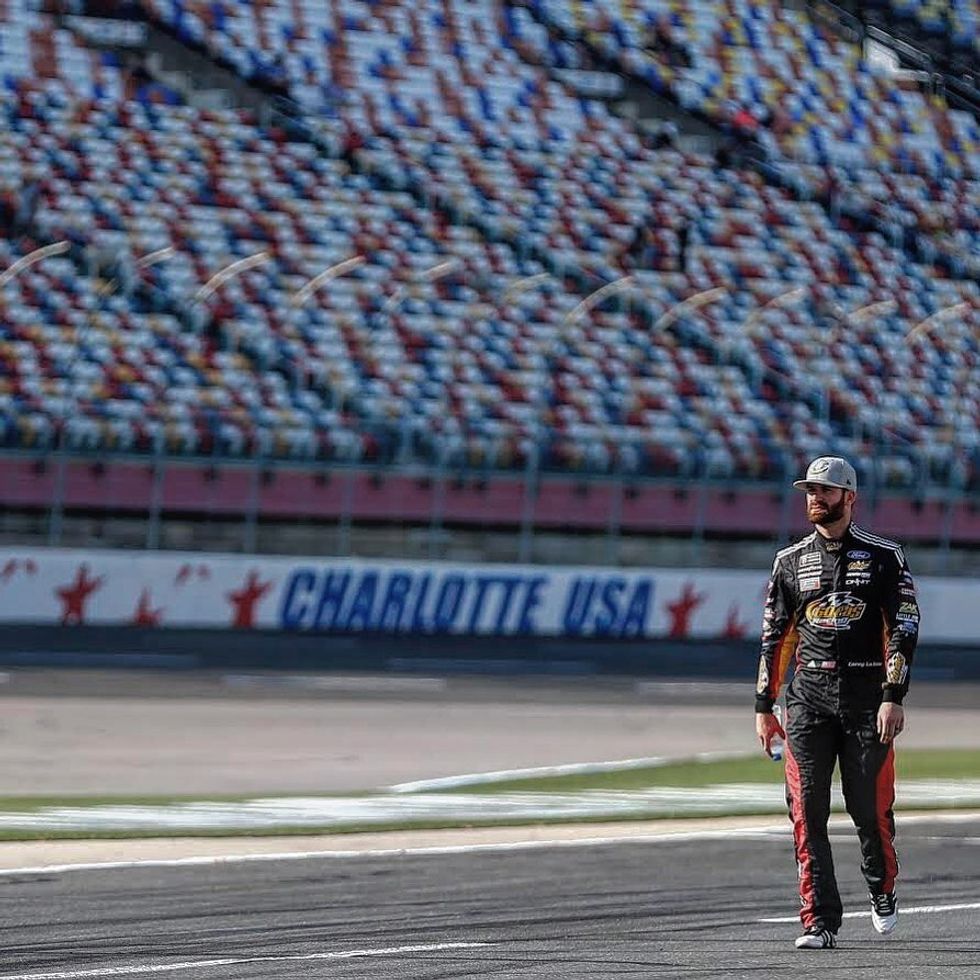 If you were to turn on a NASCAR race in 2020 and look for Corey LaJoie on the leaderboard, odds are you would see him near 30th place, and think he's a wannabe with a lot of money who can't driver racecars, but the couldn't further from the truth. Since the days he could talk, Corey's father, Randy LaJoie, a 2 time NASCAR Xfinity Series Champion, raised him to work hard, and learned how to work with you are given, not just in the racecar, but in life.

While being a third-generation racer, Corey LaJoie wasn't able to find a seat at a top tier NASCAR team, but in 2014, LaJoie made his NASCAR Cup debut, as well as becoming a part of the Richard Petty Motorsports development program.

LaJoie never secured a full-time deal in NASCAR's Cup Series or Xfinity Series. He would be able to put together starts with different teams, in order to build his resume, as well as audition for potential owners.

Then, in 2017, LaJoie got his break, as he signed with BK Racing to drive full-time for the team. This was the same team that developed Alex Bowman, who would take over for NASCAR legend Dale Earnhardt Jr. after he retired.

LaJoie would run the first 12 races of the season with the team, then things took a wrong turn for LaJoie.

The Beginning of the End

Rumors had been going around that the owners of BK Racing were filing for bankruptcy, and that their drivers, including LaJoie, weren't getting paid to race.

LaJoie continued to race for the team, as he states in his podcast, Sunday Money because it was his only option to race.

While the season was filled with highlights for LaJoie, including a then career-best, 11th place finish at Daytona International Speedway, LaJoie would work for his father's seat welding company in order to help make ends meet.

Then in 2018, LaJoie would move over to the startup team, Tri-Star Motorsports, where he would run 22 races with the team.

The season wasn't anything special, as LaJoie's best finish would be a 25th place finish at Bristol Motor Speedway.

As the season went through the motions, there looked to be few opportunities for LaJoie to progress his career, and follow in the footsteps of his father.

Rise From Wanna Be, To NASCAR Superstar

During that 2018 season, LaJoie would partner up with a German-based installation company, Schulter Systems, along with Adidas, and at the fall Texas Motor Speedway race, he was sponsored by Gas Monkey Garage, which hosts the show, Fast N' Loud.

Then during the offseason, LaJoie moved over the #32 car with Go Fas Racing, where he replaced Matt DiBenedetto, who coincidentally drove for BK Racing in 2016, prior to LaJoie moving over there.

Also, at the beginning of the 2019 season, with support from the Motor Racing Network, LaJoie, along with NASCAR personalities Lauren Fox, and Daryl Motte, launched the podcast, Sunday Money, which is an expression the late NASCAR legend Dale Earnhardt Sr, would say about driving in NASCAR, a hero of LaJoie's growing up.

LaJoie has been praised for his work on the podcast, as he documents life as a driver in a "back-marker" car, and what he goes through on a week to week basis.

LaJoie has also had guests on his podcast, which include, competitors Joey Logano, Darrell Wallace Jr., Landon Cassill, as well as LaJoie's father.

Then, after a big crash in the summer Daytona race, and a controversial ending to the race, LaJoie was able to earn his career-best finish to date, of 6th place. This season also marked the first time in LaJoie's Cup Series career he had earned multiple top-10 finishes in a season, the aforementioned Daytona race, and NASCAR's Playoff race at Talladega.

LaJoie has done work with Charlotte-based Foundation, Samaritan's Feet, and did a promotion during the Watkins Glen race, where Corey would put fans and drivers names on the car for those who donated to the cause.

In the fall of 2019, via Instagram, LaJoie announced that he would return to the #32 car, where he looks to maintain his success from 2019, with a technical alliance with super-team, Stewart Haas Racing.

LaJoie also announced in the fall of 2019, that he, along with his wife Kelly, are expecting their first child in mid-April.

Then, in January of 2020, while making an appearance at the NASCAR Hall of Fame induction ceremony, LaJoie delivered a handwritten note to NASCAR owner Rick Hendrick, explaining why he should be considered for replacing Jimmie Johnson after he plans to retire following 2020.

The Motortrend App announced that LaJoie would be one of the three drivers featured on the debut season of NASCAR All In.

During the Daytona 500, LaJoie ran a conservative race, where he put himself in a position to win the Daytona, then LaJoie was involved in the terrible crash involving himself, along with fellow driver Ryan Newman.

LaJoie looks to progress through the Cup Series in order to become a champion of the sport, while he may not be there yet, his unfiltered, tell it like it is attitude, and down to earth personality has made LaJoie a favorite in the garage, not just with fans, but also drivers.