Congratulations On The World Series
Odyssey

Congratulations On The World Series

From someone who isn't a sports fan 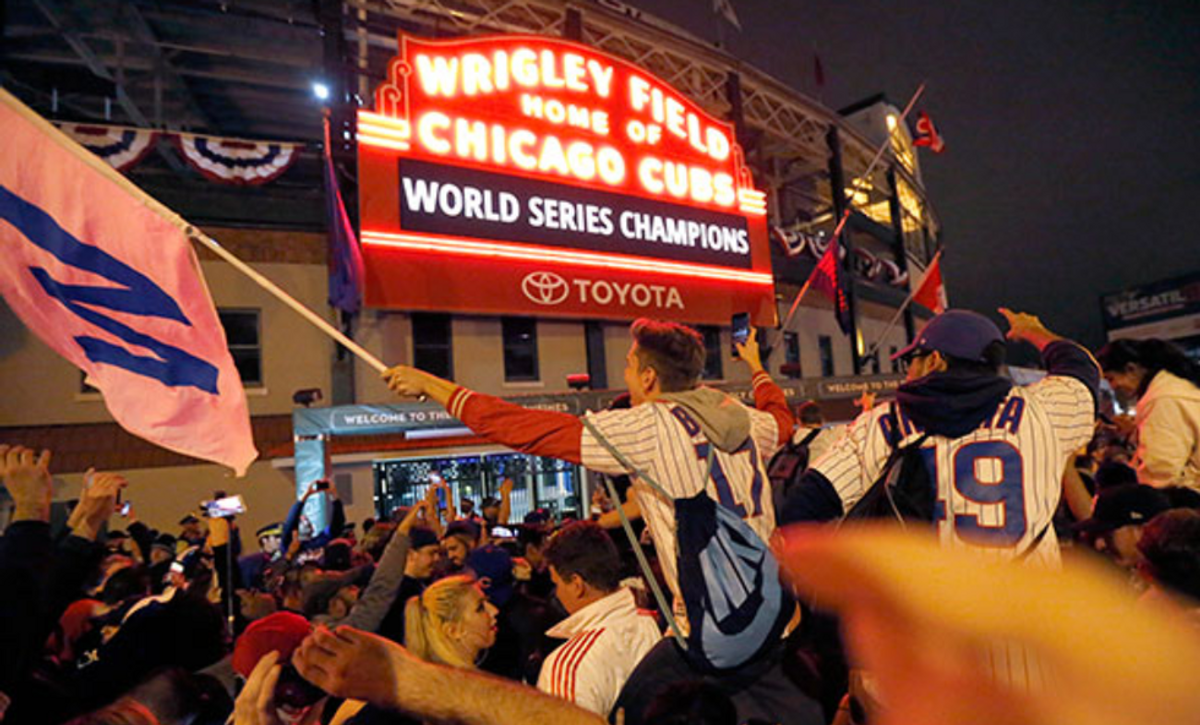 To everybody currently celebrating the Cubs winning the World Series:

Congratulations! I regret to inform you that I'm personally not a sports fan, but I am a human being and a psych major, and I do find great joy in people uniting over something. As I typed this out, I was sitting in one of the dining halls on campus letting the cheers of fellow students serve as my soundtrack--believe it or not, I need it to be noisy for me to get anything done. I need something to partially tune out, but this time I didn't just tune it out. Normally, I would roll my eyes and groan. I might have already left at that point, but I decided to stay. This time, there was no doubt in my mind that I should stay, that I wanted to stay.

My grandfather was a huge Cubs fan, despite having been born and raised on the south side, as was I and were most of my other relatives. His father would always take my grandfather up to the north side to watch the games, and he became a lifelong Cubs fan.

In every house he ever lived in, my grandfather had an entire room dedicated to Cubs memorabilia. It was his thing that everybody knew him for, and his having to downsize upon moving to the suburbs didn't change any of that. In fact, he brought everything with despite that. He always knew who was on first and went to every game he could, making sure to take any and all of his grandchildren with, that is, if they cared about sports.

Unfortunately, he died due to cardiac arrest in 2011, so he was not able to see "his Cubbies" win. In fact, both of my grandparents died before they could see the Cubs win, but I was there. So was my brother. So were my parents and younger siblings. So were my aunts, uncles, and cousins.

In Naperville, you could hear people cheering, cars zooming past the residence halls honking, and life as we knew it, the bustling of civilization, seemed to stop for a moment. These moments as described by a very close family friend were pure magic as she stated that the last time she had seen anything like it was when Barack Obama was elected for his first term as the President of the United States in 2008.

Whether or not you're a sports fan, these are the moments you'll likely remember. You'll remember the very moment in which the announcer said, "And that's all! The Cubs have won the World Series!" You will likely remember what you wore or what you were doing (I'm sure I'll remember being a freshman in college typing up articles for the week in my long cardigan and worn Skechers). You'll remember the crowd cheering and every single party you attend in their honor, depending on how drunk you get. You'll remember classes being cancelled. You'll remember the guy that went around hugging people during marching band rehearsal and the many, many people wearing Cubs hats and jerseys, offering each other beers and handshakes for merely being in the same boat as them, for being fellow human beings.

I hope these feelings can last through Tuesday though because I'm sure we'll need them.