If your man can rock the dad bod, he's a keeper. 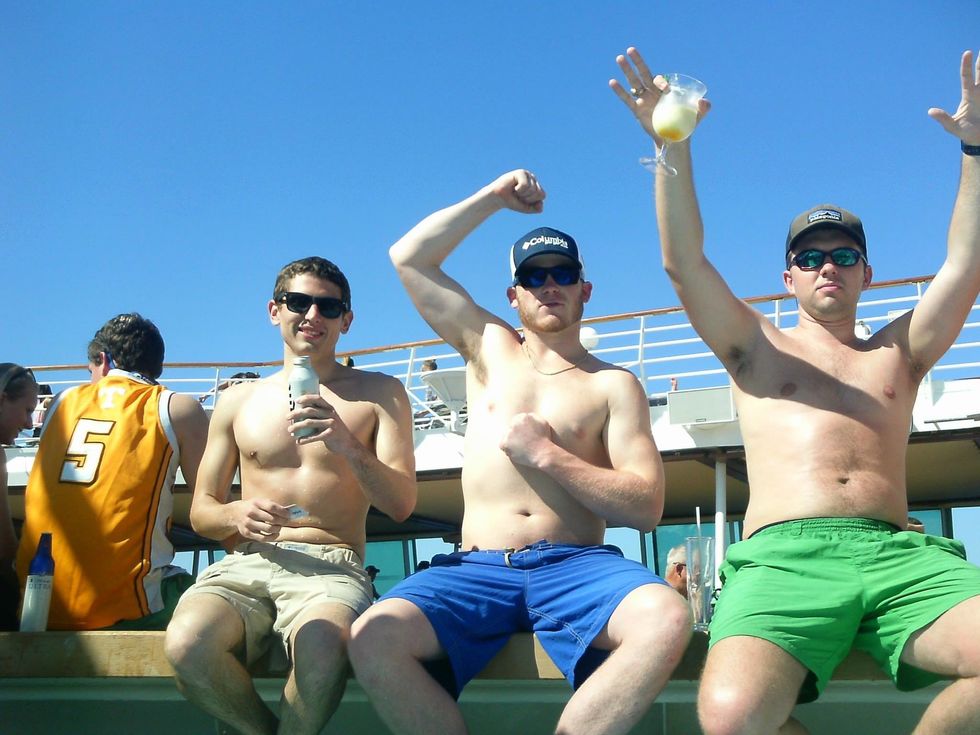 In case you haven't noticed lately, girls are all about that dad bod.

Girls have been dealing with body image issues since the beginning of time until recent (for those of you who consider yourselves to be "Thick thin") I hadn't heard about this body type until my roommate mentioned it. She used to be crazy over guys she claimed had the dad bod.

After observing the guys she found attractive, I came to understand this body type well and was able to identify it. The dad bod is a nice balance between a beer gut and working out. The dad bod says, "I go to the gym occasionally, but I also drink heavily on the weekends and enjoy eating eight slices of pizza at a time." It's not an overweight guy, but it isn't one with washboard abs, either.

The dad bod is a new trend and fraternity boys everywhere seem to be rejoicing. Turns out skipping the gym for a few brews last Thursday after class turned out to be in their favor. While we all love a sculpted guy, there is just something about the dad bod that makes boys seem more human, natural, and attractive. Here are a few reasons that girls are crazy about the dad bod.

It doesn't intimidate us.

We love people saying "they look cute together." But we still like being the center of attention. We want to look skinny and the bigger the guy, the smaller we feel and the better we look next to you in a picture.

No one wants to cuddle with a rock. Or Edward Cullen. The end.

The dad bod says he doesn't meal prep every Sunday night so if you want to go to Taco Tuesday or $4 pitcher Wednesday, he'd be totally down. He's not scared of a cheat meal because he eats just about anything and everything.

You know what you're getting.

Girls tend to picture their future together with their guys early on. Therefore, if he already has the dad bod going on, we can get used to it before we date him, marry him, have three kids. We know what we are getting into when he's got the same exact body type at the age of 22 that he's going to have at 45.

So, there you go. A simple break down of why girls everywhere are going nuts over this body type on males. We like it. We love it. We want some more of it. So here's to you dad bods, keep it up.

Men, confidently strut that gut on the beach because while you stare at us in our bikinis we will be staring just as hard.