The good, the bad, and the ugly of losing virginity stories, brought to you from college guys. 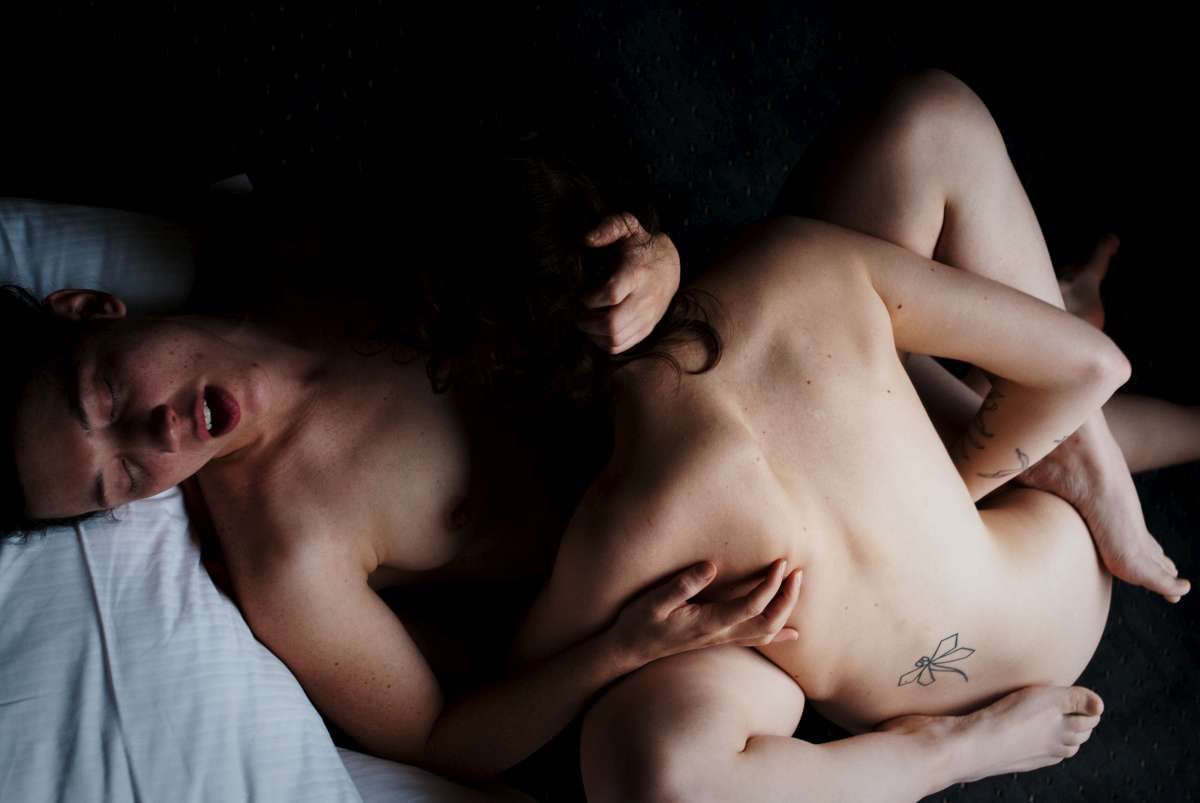 I recently came across an article on Odyssey - I Asked 15 College Girls How They Lost Their Virginity And Here Are The Dirty Details - so I decided to reach out to guys and see what their own stories were on losing their virginity. I asked around at different colleges to guys who'd be willing to share with me their intimate stories (anonymously) of sticking it in for the first time, so here are their own dirty details.

Turns out, losing one's virginity is mostly just awkward all the way around, whether you're a guy or a girl.

1. A series of unfortunate events

"I was a freshman in high school and was downstairs at my girlfriend's house; we'd been dating a year, year and a half or so. We were watching Supernatural and our make-out sesh went far enough for us to both finally have sex (I was a virgin, she wasn't). It felt awesome but when things are good, they can turn to shit real quick. I was using a condom that somehow managed to fall off inside her AND her father came downstairs only a minute or two into it. She hopped off (she was wearing a skirt), and I threw a pillow over my dick and legs. Her dad then sat with us for about 20 minutes."

2. Perfect time to do it

"It was the perfect time to do it. My family wasn't in town, and we were at a good time in our relationship. We kept the lights on and started slow because she was moaning in half-pleasure and half-pain. At one point, I remember freaking out because there was a little bit of blood on the condom. Afterwards, we stayed in bed and cuddled for a bit then took a hot shower."

3. Not really an ideal moment

"I was 16. It was in the back of my car, an old Xterra, and in a Kohl's parking lot. She ended up sweating so much that it dripped off her nipples and onto my chest..."

"We were hanging out at her parent's house in the basement and watching Pokémon. We ended up turning up the volume a bit and trying out sex for the first time."

"It happened during the summer when I was 20. I was at an internship at a different university where I met this girl. We became pretty good friends, but I had no clue she was interested in me. We were hanging out with some friends and two left then one stepped out to take a phone call and next thing I know she's making out with me.

We go up to my room and I scramble to find a box of condoms; little did I know, I'm allergic to latex, and I start freaking out because I have no clue what's going on down there. While this was happening, I also realize my whole name sounds awkward when said during intercourse. But we had some pretty awesome sex."

6. A night under the stars

"It was probably the third week we had been dating. After we had dinner together, we drove to some public baseball fields to hang out and look at the stars. But once we got there, we started making out for a little while then she said we should move to the back seats of my car, and it quickly escalated from there."

"I don't remember super well, but it was in my sister's car. I just parked it on the side of the road in this rich neighborhood after I picked her up in the middle of the night. I had a condom I bought from a gas station bathroom. It was pretty low-budget, kinda sleazy, but super fun, and she had a great taste in music."

8. When an opportunity arises

"I was 18 and dating my girlfriend from high school. We'd just gotten back from a date one night, and my father was gone. It was both our first time, and it was terrible."

9. Not everybody's ready for their first time

"After my first football game in college, this girl invited me to watch “Harry Potter & the Sorcerer's Stone” (an invitation that was near impossible to deny as I’m an avid fan). I signed in at the front desk of her all girl’s dorm. We went upstairs, and I kept three feet between us on a small futon because I didn’t know she was trying to get it on like Donkey Kong.

She invited me into her bed because “the top bunk and has a better vantage point of the TV.” It was rational, so I complied. We began making out and that progressed into foreplay. This is when I realized she was out of my league but didn’t want to stop anything going potentially well.

Suddenly I was inside of something warm, I wasn’t sure what it meant, but I was worried I may have just had sex, so I panicked, jumped down from the top bunk, grabbed most of what I brought in and left the rest as collateral. I’ll never forget the way it felt running through an all girl’s dorm quarter naked."

"I was 15. We snuck into "The House Bunny" at a movie theater, thinking it would be a pretty good movie, and the showing was empty. The whole experience was mediocre, and I hate the movie."

"It was super mundane my first time. Just two high schoolers listening to pop punk and trying to figure out what goes where."

12. When waiting is worth it

"I had been dating this girl for a while, and she was a virgin, too. We had talked about having sex pretty early on in our relationship, and she wanted to wait. I was/am head over heels for this girl, so of course, I waited patiently. We grew together, alongside one another, and eventually decided to finally have sex. It was a lazy Sunday in bed and an amazing experience. I love this girl with all of my heart, and I'm glad I got to share that first time with her. She's amazing in the sack."

"I was 14, and I had only kissed a girl. Her mom had been feeding me alcohol all day, and her parents left for a few hours. One of her friends passed out in the closet so the girl and I laid against the door and kept it closed while we had sex."

"There was this girl in my Spanish class who was 18, and she'd flirt with me in class. She even sent me nudes, which was intimidating as hell as I was a 16-year-old virgin. We ended up meeting up at a lake one night; I drove 35 minutes to get there. It was dark, and we walked around before getting back into the car.

She eventually got on top of me in the back of my four-door Honda Civic, and, to be honest, it was pretty bad, and I never even finished. But I felt like the f*cking man when I left and called up my buddy and told him all the dirty details as I drove back home."

15. When the emotional response just isn't there

"I lost my virginity during my senior year of high school. I remember having questions of if I was a late bloomer or not, but my girlfriend at the time was a virgin, too, so I wasn’t too worried that I hadn’t entered manhood yet. We had been dating for roughly half a year, and one day she told me that she was ready. I don’t remember too much about the day in particular, like what day of the week it was, what the weather was like, or if I was wearing my lucky underwear or not.

But I do remember that it was at her house, and I had a good time. While I enjoyed myself physically though, I don’t remember having a huge emotional reaction that I had always expected to feel after my first time. That’s probably when I first realized subconsciously that my girlfriend at the time was not the person I wanted to spend the rest of my life with."