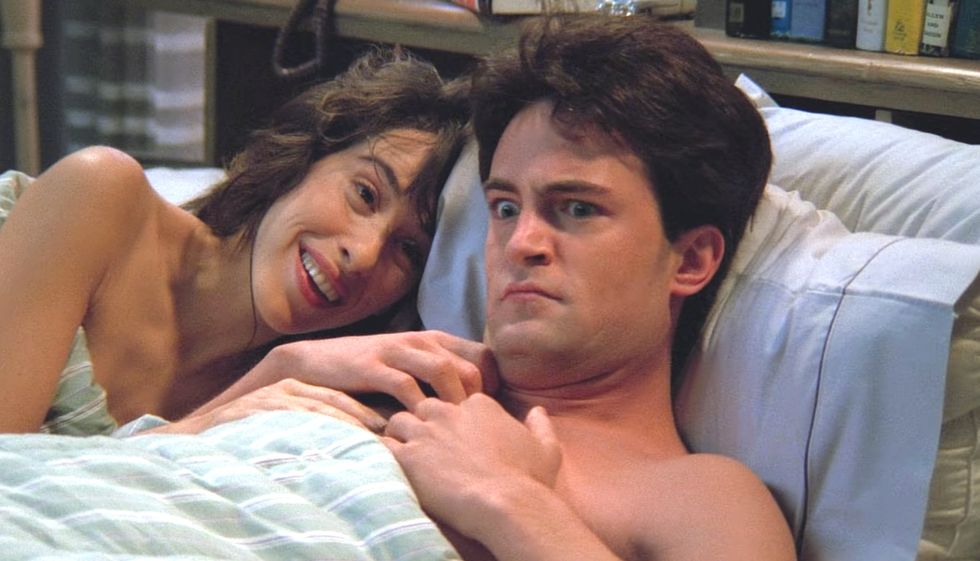 We've all been there, whether we want to admit it or not. But if you do the frick frack, chances are you have an embarrassing or funny story.

Some of them we keep a secret because they are too embarrassing, but others are just so hilarious that you have to share them with your close friends, or joke about it with your boyfriend/girlfriend. Of course, I've heard a bunch from my friends and I've been there too, so I compiled a list of the, and it turns out we all have a lot of the same experiences.

Note: Those marked with an * had multiple anonymous responses for similar embarrassing experiences.

1. "One time my boyfriend (at the time) and I were in the middle of having sex and we changed positions, and I fell off the bed."*

2. "I smacked my face on the wall next to his bed. This has happened more times than I can count."*

3. "His younger sister walked in, and started talking to us about using his laundry basket... and didn't realize what was going on under the blanket."

4. "The first time me and my boyfriend had sex, I was hanging off of his bed, and he just kept on going..."

5. "We were in the back of his car and a cop showed up... my town is super small, so I saw that same cop again at prom and graduation."

6. "He only lasted roughly 30-40 seconds. Worst experience ever at the time, but now I think it's really funny."

7. "My friend with benefits tried to put his junk in my butt, and acted like I wasn't going to notice."*

9. "I tried hooking up with this big tall guy and his dick was so big it couldn't fit inside of me. We ended up taking a nap for a few hours, and I never spoke to him again."

Can you relate to any of them?