College Football's Culture Problem And Why It's Missing From The NFL

College Football's Culture Problem And Why It's Missing From The NFL

Why are the things we see at places like the Maryland and Ohio State missing the professional ranks of Football? 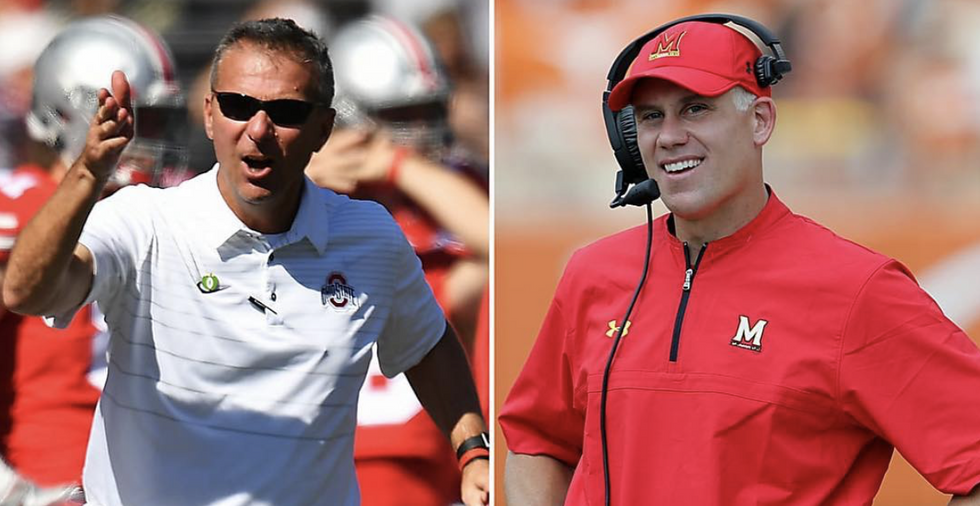 Well, we have two scandals on our hands in college football. What else is new. Fishiness deep in the locker rooms and coaches' offices of NCAA programs have been present since the wing-t was the predominant offensive philosophy in the sport. But why have they continued to persist, while another entity — one that competes with college football for eyeballs on tv, clicks on websites, and butts in seats — remains to have a stable set of cultures.

One of the earliest scandals in college football involved Southern Methodist University in the late 80s. Essentially, what was happening was that players were being paid under the table. There is some more politics dealing with boosters and the athletic department, but the gist is that SMU committed a major violation. The football team received the "death penalty," meaning the program was completely shut down for two years. Today, the on-field performance of SMU is a shadow of its former self.

Other programs — such as USC, Ohio State, and Miami — have committed lesser but similar violations that resulted (directly and indirectly — in Miami's case) of postseason bans and scholarship quotas, but nothing close to canceled seasons.

However, what we are unfortunately seeing more and more of are scandals that involve wrongdoing that has no illegal on-field benefit. While at first glance, this makes these such scandals less "wrong," they are actually far worse, as they frequently uncover acts of physical abuse or violence, often sexual in nature, and in extreme cases, against children.

In 2011, a bombshell broke in Central Pennsylvania. It had been revealed that Jerry Sandusky, a longtime assistant football coach at Penn State University, had sexually abused dozens of children under the cover of his charity, The Second Mile. While Sandusky was only charged on counts dating back to 1994, it's possible that abuse was happening as far back as the 1970s. Head Coach Joe Paterno, who had been a football deity in rural Pennsylvania for decades, was found to have failed the situation through all of Sandusky's tenure at PSU, and soon found himself out of a job in disgrace.

In 2015, Baylor University football coach Art Briles was fired for covering up accusations of sexual assaults against his players as far back as 2012. Just like at Penn State, a large football brand was humbled by an off-the-field sequence.

And today we see what is going on at two Big 10 schools-- Ohio State and Maryland. At OSU, head coach Urban Meyer is facing heat for allowing Zach Smith to remain on staff all the way through the 2017 season. In case you didn't know, Smith is accused of sexual assault against his ex-wife, and reports have surfaced that he has taken explicit photos of himself in the White House while having sex toys delivered to Ohio State's program facilities.

And under an even hotter fire is University of Maryland head coach DJ Durkin. Maryland football player Jordan McNair's death during summer workouts raised suspicion of the state of the Terripan football program. Recent reports now include forced overeating and sadistic conditioning.

We now must ask ourselves this: Who is next to be caught? Because at this point, it's not about what Baylor or Ohio State have done, it's who is getting away with something worse. Many college football programs are based in small cities and towns where the football team is all that truly exists in the surrounding area. Here, the coaches and players become god-like figures who can do no wrong. The rural media is often both small and intimidated, which limits the amount of wrongdoing that gets out.

On the flip side, scandals will get out if the local media is large and powerful enough. NFL scandals, such as spygate, bountygate, and deflategate have all taken place in major media markets, where there are simply more eyes watching the elite than in Waco, Texas or State College, Pennsylvania.

This is not just the case in sports. New York is one of the safest cities in America simply because of the fact that as the largest city in the nation, it has the largest police force. More eyes on crime, less crime. Simple.

In small markets, where the football program is raised on an artificial pedestal closer to the holy figures they are worshiped as, the sport is simply too big. When people are too loyal, bad, bad things happen, because people are simply not looking.

Related Articles Around the Web
football
Report this Content
This article has not been reviewed by Odyssey HQ and solely reflects the ideas and opinions of the creator.