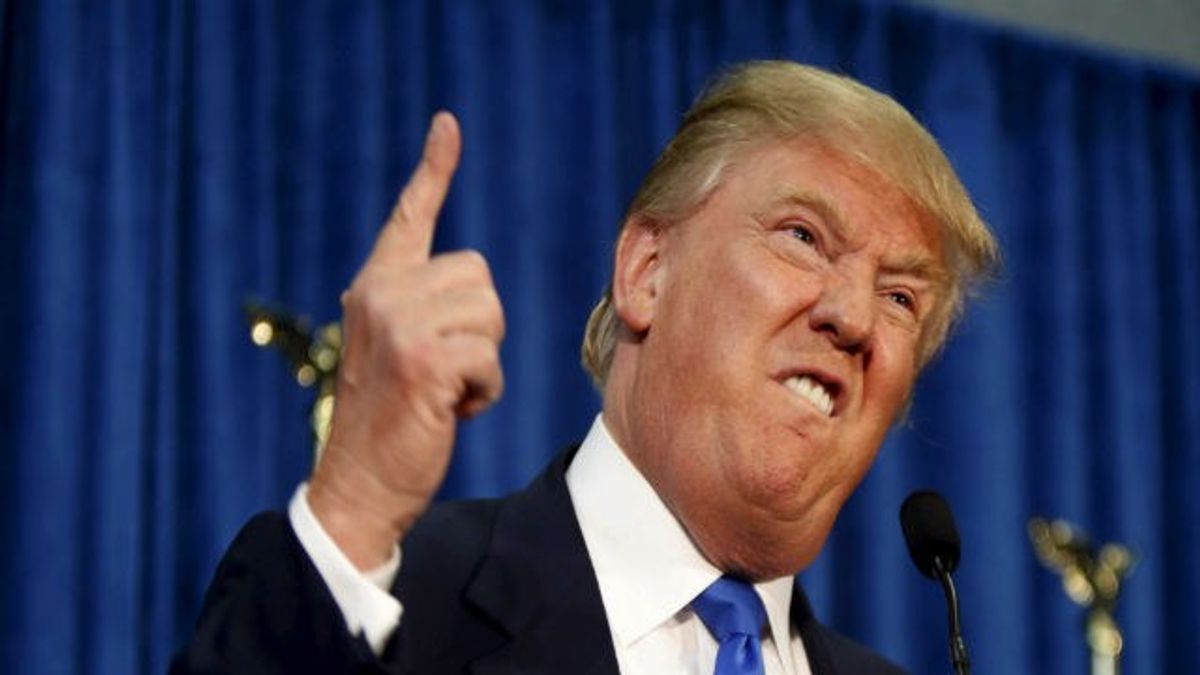 If you are like me, or like millions of other Americans, you do not pay a ton of attention to American politics. I keep up with things that directly affect me and laws that I need to follow so I don’t get arrested, but other than that, politics, politicians, and I are not on good terms. That said, no matter how hard I try, I cannot seem to escape Donald Trump. He invades everything from my Twitter feed and Facebook to the radio stations I try to listen to in the car! With all the commotion about whatever most recent comment Trump spews into the public, I decided to look at some of his remarks for myself. If you are thinking of voting and are not quite sure why most of America is so upset with Trump, or if you just get a kick out of the absurd things politicians say, here is a compilation of the 15 most offensive things Donald Trump has said in public. A warning, though: these comments could leave you riled up and angry, or shaking your head in dismay – so have at it!

1. Rosie O’Donnell, moderator on “The View”, a prominent and well respected woman, criticized Trump while on air back in 2006. Trump responded to her comments as follows:

“Rosie O'Donnell's disgusting both inside and out. You take a look at her, she's a slob. She talks like a truck driver, she doesn't have her facts, she'll say anything that comes to her mind. Her show failed when it was a talk show, the ratings went very, very, very low and very bad, and she got essentially thrown off television. I mean, she's basically a disaster."

2. Wow, Trump seems to have an issue with powerful women! In 2012, Trump tweeted against Huffington Post co-founder Arianna Huffington. Yikes.

3. Rather than attacking specific and well known women, Trump also extended his sexist comments to include women as a group following the Miss USA and Miss Universe pageants with this comment.

"You know, it doesn't really matter what [the media] write as long as you've got a young and beautiful piece of ass."

4. It is not just women in high position that Donald Trump seems to be upset about. He also had some very disturbing things to say about Mexico and immigrants.

5. And then Trump released another alarming statement about African Americans after he was sued by the Justice Department for refusing to implement fair business practices:

“Laziness is a trait in blacks."

7. And because insulting African Americans is not enough, Trump decided he should remark on Jewish people as well.

8. With most of his comments on immigration out of the way, Donald Trump moved into the area of foreign policy, explaining the way he runs his business with an interaction with Muammar Qaddafi as an example.

9. Trump also once claimed to have no need for the money he earned.

“Money was never a big motivation for me, except as a way to keep score. The real excitement is playing the game.”

10. And back to being rude to women, obviously, because with nothing better to discuss in the Republican debate this past month, Trump turned to comments about Fox News anchor Megyn Kelly being on her period:

11. Brace yourself for this one, because our potential president may have made a reference to incest – Donald Trump has a daughter named Ivanka who is 33 years old, and when he was asked about how he would feel if Ivanka posed for Playboy, he said,

12. Gay marriage has been accepted by the majority of the country, but Trump’s position on the matter was made clear in this crude comparison with golf.

"It's like in golf. A lot of people — I don't want this to sound trivial — but a lot of people are switching to these really long putters, very unattractive. It’s weird. You see these great players with these really long putters, because they can't sink three-footers anymore. And I hate it. I am a traditionalist. I have so many fabulous friends who happen to be gay, but I am a traditionalist."

13. It is no secret that Trump does not think Obama has been the best president, but when he said this he definitely stepped over the line from just stating his opinion on a political figure to making an assumption about an entire race of people.

14. Trump also fancies himself a doctor, preaching that vaccines can cause autism, and with no evidence to back him up.

15. Even though most of the population has been disrespected by now, Trump did not stop there but continued to make sure every single American has been slighted by promoting his own intelligence.

All of these things were intentionally said or tweeted by Donald Trump. Hard to believe, I know. Hopefully the press team and clean up crew Donald Trump hired did not get offended by any of these comments and are still willing to clean up his mess. Or maybe it is better to hope they did and Trump will just fade into the political abyss. But for now, remember, one of our potential Presidents actually said these things. You make the decision.