Christmas Is NOT Offensive, Get Over Yourself

Is this a sick joke? 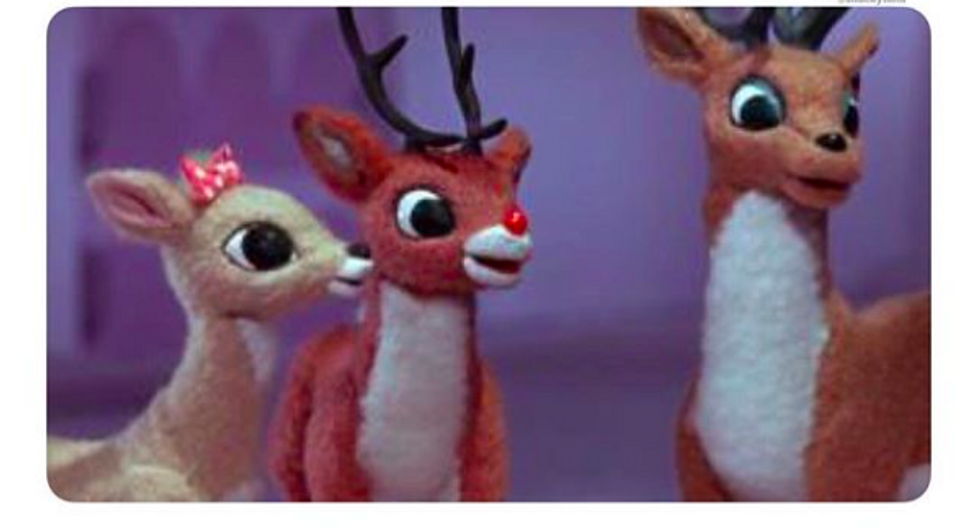 In today's world, it seems like everybody on God's green earth are offended by any small thing. More recently, an eruption in Christmas traditions has begun to blow a fuse. Are people really getting offended over classic Christmas traditions such as "Rudolph The Red Nosed Reindeer" and "Baby It's Cold Outside?" Yes. Yes, they are.

Huffington Post has taken their concerns to Twitter, where fans are accusing Rudolph of being problematic, and referring to him as the "marginalized reindeer." Is this a sick joke? He's a reindeer who has a red lightbulb for a nose and guides Santa's sleigh, and we really want to really dig deeper into this? Fans are pointing out how "Rudolph's father verbally abuses him." Referring to the scene where the dad wants him to try on a black piece of coal for his nose and says "you'll like it and wear it." THIS? THIS IS VERBAL ABUSE? Have you never been in trouble in your life? Have you never been yelled at, ever? Believe it or not, this is parenting and raising your voice once in a while is a proper way of getting a point across in order to teach your children authority.

A recent article was published by WGN Chicago News about how the famous Christmas song, "Baby It's Cold Outside" is no longer being played on a radio station in Cleveland because listeners have voiced their concerns about its "predatory undertones" in the song. I have a few issues with this.

Why is everybody so used to getting their way with everything they ask for? We live in such a babied-snowflake society where as soon as one single person is offended, it begins a riot as they expect the world to follow. This is a CHRISTMAS SONG, PEOPLE. This song is a call and response with a man and a woman on a snowy night and he persistently asks that she stay in with him because, "baby, it's cold outside" and the trip home would be difficult, so, as a result, she should not leave.

I understand that this song has a few wild lyrics, like, "Say, what's in this drink?" Okay, I'll give you that. Weird. But weird enough to completely stop playing it on the radio? No. No one is "promoting" the idea of rape culture, or date rape in any single way. It's a song from 1953. Don't make it more than it is. It's a Christmas song, goddammit. Imagine if we never listened to suggestive songs on the radio. Are we going to call our local radio stations because we were offended by every lyric or any song that "promote" any sort of idea? I mean if we really want to nickel and dime this entire situation, let's tear apart some other suggestive lyrics in popular songs on the radio.

"When you say a back rub means only a back rub, then you swat my hand when I try/Well, what can I say at the end of the day/Honey, I'm still a guy." - "I'm Still A Guy" by Brad Paisley

"It ain't right to hate her for working that moneymaker...We hate to see her go but love to watch her leave with that honky tonk badonkadonk" - "Honky Tonk Badonkadonk" by Trace Adkins

And that's just a few out of the many songs that you could argue are "degrading" or "promote" a sort of idea. But are we going to call the radios to demand we never hear these songs again? No, we are not, because this is music. This is entertainment. This is what sells. If you don't like it, don't listen to it. It's that simple. Don't make it more than it needs to be.

I don't understand how as a society, we let every single thing get to us. We are offended by any small inconvenience and expect the world to follow. Here's a newsflash, not everything will always go your way, and that's okay.