As A Female Christian Millennial, I Fully Support Alabama's Abortion Ban Because I Know God Would, Too

A life always has worth, no matter the circumstances. 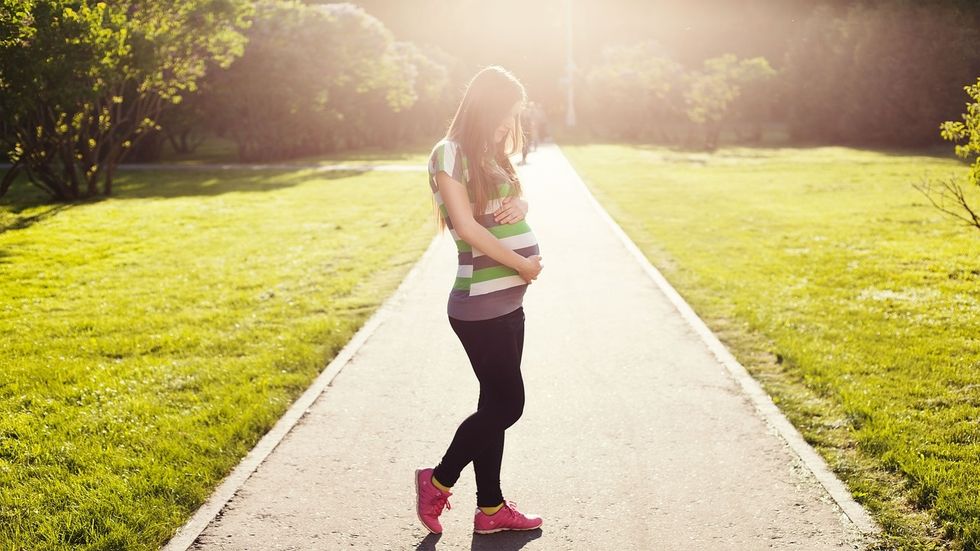 Alabama's state legislature passed a bill on May 14, 2019 that makes it illegal for abortions to be performed past six weeks of pregnancy. Doctors who are caught violating the law could be sentenced up to 99 years in prison. The bill is the strictest anti-abortion bill to date this year as states try to pass laws to challenge to Roe v. Wade in the Supreme Court.

While the law does allow an exception to women whose lives are at risks, it does not allow for abortions in the event of rape or incest. I support Alabama's new law, and I applaud them for their efforts to protect the rights of unborn children.

As a Christian, I believe that life is a precious gift from God and should be treated with care.

The sixth commandment is, "Thou shalt not kill," and Jesus said the second greatest rule was to love your neighbor as yourself (Matthew 22:39-40). I believe this applies to every person born and unborn. But, even from a secular perspective, there are reasons that support an unborn child's right to life. Let's break down two of the most important components of the bill: abortion itself and the case of rape and incest.

A big argument in the debate is whether a baby is alive before it is born or only after it is born.

I believe can be explained and answered with simple medical science. In the medical profession, a person is pronounced dead when there is no more activity in the brain, known as brain-dead.

At that point, they consider there to be no more life in the body.

The opposite of death is life, so if you have electrical signals still coursing through your brain, then you are alive. A fetus begins to have electrical activity in its brain at six weeks. Most women do not find out they are pregnant until around that time, so by the time they decide to have an abortion, the baby, by all medical accounts, is alive.

Another indicator of whether a person is dead or dying is their pulse.

The pulse is how many times a person's heart beats per minute. If a person does not have a pulse, they will more than likely die if their heart cannot be resuscitated because no oxygen is getting to their brain.

Medical personnel does everything they can to start a person's heart back because they know that the heart is key to life.

A baby's heart begins to beat at five weeks old, again before the mother knows she is pregnant and can choose to have an abortion. Since the United States' justice system upholds that killing a person is wrong, then shouldn't killing a baby, who is alive, be wrong too? I think this is plenty of proof that aborting a baby is killing a living person and is therefore wrong.

Rape and incest are two horrible acts that should be punished. It is never the victim's or conceived a child's fault in the situation.

Given the reasons above for why abortion is wrong, I also believe, while both crimes are horrendous, that abortion is still not the answer to this problem. I do understand, however, that women, because of the traumatic experience or other reasons, may not be able to care for the child.

As such, I am an advocate for adoption.

There are many couples out there who cannot have children on their own who would love to adopt. In order, for this to be a viable option, though, Congress needs to make amendments to adoption laws.

Adoption is outrageously expensive, much more costly than an abortion, and is a long and tedious process.

Though the laws are in place so that not just anybody can adopt a child, the government still could stand to relax laws a little. Another option could be to offer aid to those who wish to adopt specifically to cover adoption expenses or to only those who meet certain requirements. If we want to protect unborn children, we must give women and families more viable options.

I know that my views are not popular, but God did not call us to be popular, He called us to be His disciples.

I will not compromise my convictions because I am in the minority. I support the women who have to face this dilemma, and I pray that they and our government officials make the right decisions and aid these women and families in need of help.