Because I keep getting this question over and over again... 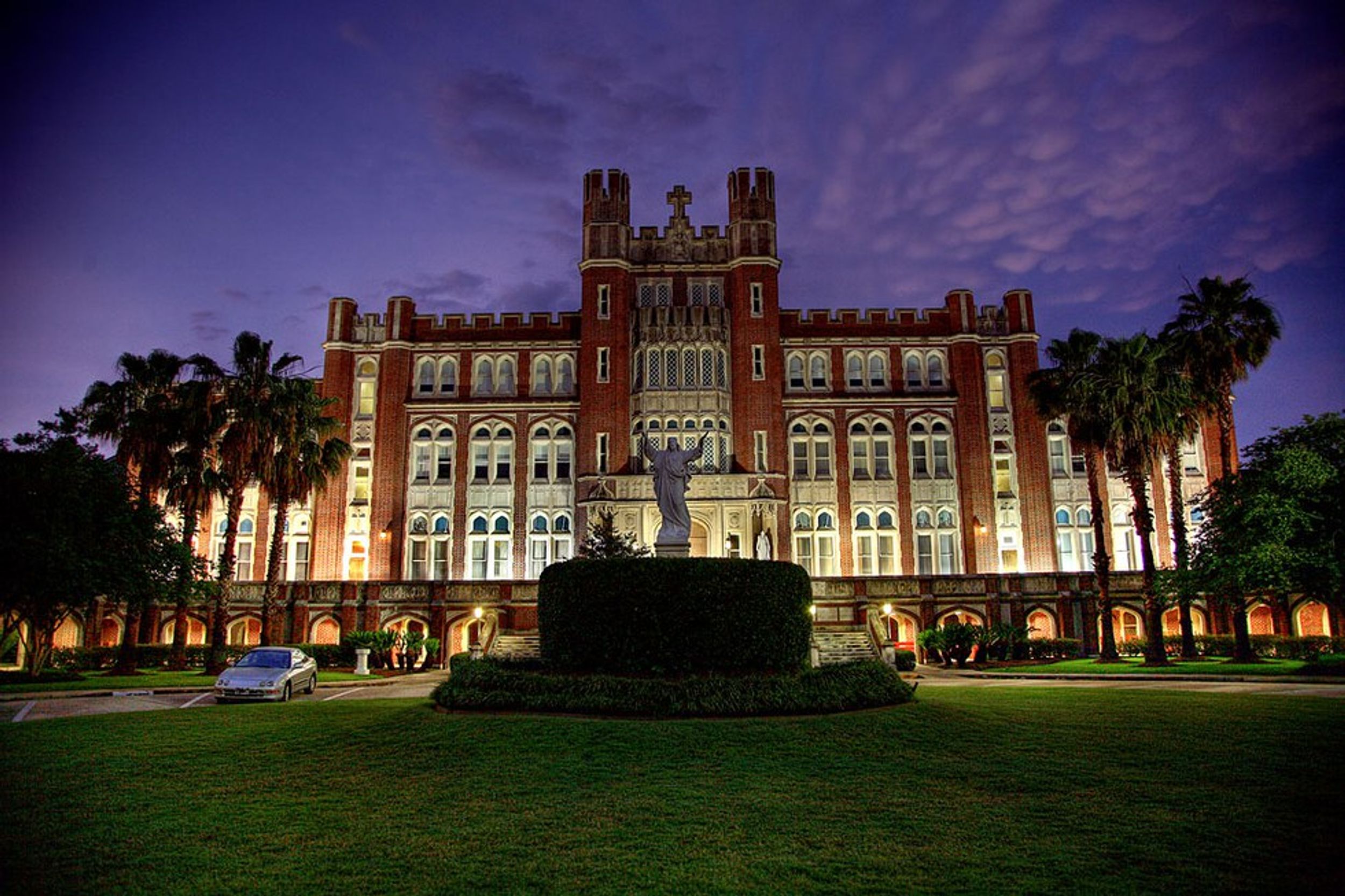 I’m going on my third year at Loyola University New Orleans, and as I speak with incoming freshman and their parents, I keep being asked why I chose a school that’s over 2,000 miles away from home. Although I will admit to being a very independent person by nature, I didn’t realize that I was going to move so far away nor do I harbor any resentment or angst towards my parents. My mom is, and always will be my mentor and role model, a realist who is honest with me 110% of the time even though I am often the most stubborn person I know. My dad is my hero, my conversationalist, and jokester.

So why did I go so far? Why would anyone? A school in the heart of all things jazz and home to beignets, crayola-colored houses, and the most insane driving that you’ll ever see (oh and a ton of rain.. too much actually). A school that taught both G-Easy and Harry Connick Jr.

I had never been to Loyola or New Orleans before looking into Loyola. I procrastinated (and annoyed my poor mother) on choosing a college and didn’t decide where I wanted to go until three days before the deadline. Choosing a school was an extremely stressful process for me (as it is for most high schoolers) and typically, the schools students choose from are often seen as a measure of our worth (though one of the most inadequate ways).

My mom plopped three big books in front of my face— one of which was Princeton Review’s “Best 378 Colleges.” Loyola was in that book, but before I narrowed Loyola down from the other 378 in the book, I cross-referenced each of the schools that had the characteristics I liked and had a remaining 50 schools left. It was madness. I then moved meticulously through the list, slowly narrowing down the schools I was uninterested in until finally, there were three—Loyola Marymount University, Gonzaga and Loyola University New Orleans.

In 2014, Loyola was ranked top 10 in the nation for race-class interaction, eighth for town-gown relations, 13th in the nation for the easiest campus to get around 17th for best quality of life and 19th for best college library (and is currently in the top ten). Loyola has consistently appeared in the Princeton Review’s top 350 since 2014. Not to mention, the School of Mass Communication has earned recognition and several awards for its academic prowess. This past year our student newspaper, the Maroon, ranked 4th college newspaper in the country above Colombia, UCLA, University of Virginia, Syracuse, and so on. The only three that place above it are Cornell, Yale, and Penn State. It’s pretty impressive.

But at the time, all I remember is pushing Loyola out of the way and disregarding it I didn't know anything about New Orleans and dubbed it too far out of my comfort zone. I kept it open as a wild possibility. Then, I started looking further and attended an information session in my area becoming more interested in their Mass Communication program and the school as a whole.

I also played volleyball through middle and high school, and thought it a dream to play college volleyball. My dad acted as my recruiter, sent out film and stats for all of the schools I applied to, and the Loyola volleyball coach quickly responded asking me to come and tryout.

I just recently stopped playing varsity volleyball with Loyola because I decided that my energy was best spent elsewhere. Looking back now, if it weren't for that tryout, I probably wouldn’t be here now. When I came to the school and toured the city, it was obvious that it suited me. It was almost too good to be true. I loved the food, I loved the music but most of all, the people. I spoke with the Director of Mass Communications, Doctor Duhe, and Professor Laura Jayne and they encouraged me to take the leap. I'm so glad that they did. I’m now a junior at Loyola, and I'm ecstatic for the opportunities this year holds.

Please don't ask me how these past two years flew by so fast, because I'm not really sure either. What I do know is that I'm going to make the most out of the two I have left.