Are schools failing to prepare students for the real world?
Odyssey

Are schools failing to prepare students for the real world?

Do schools have a responsibility to fill in the gaps when parents don’t educate their children about basics? 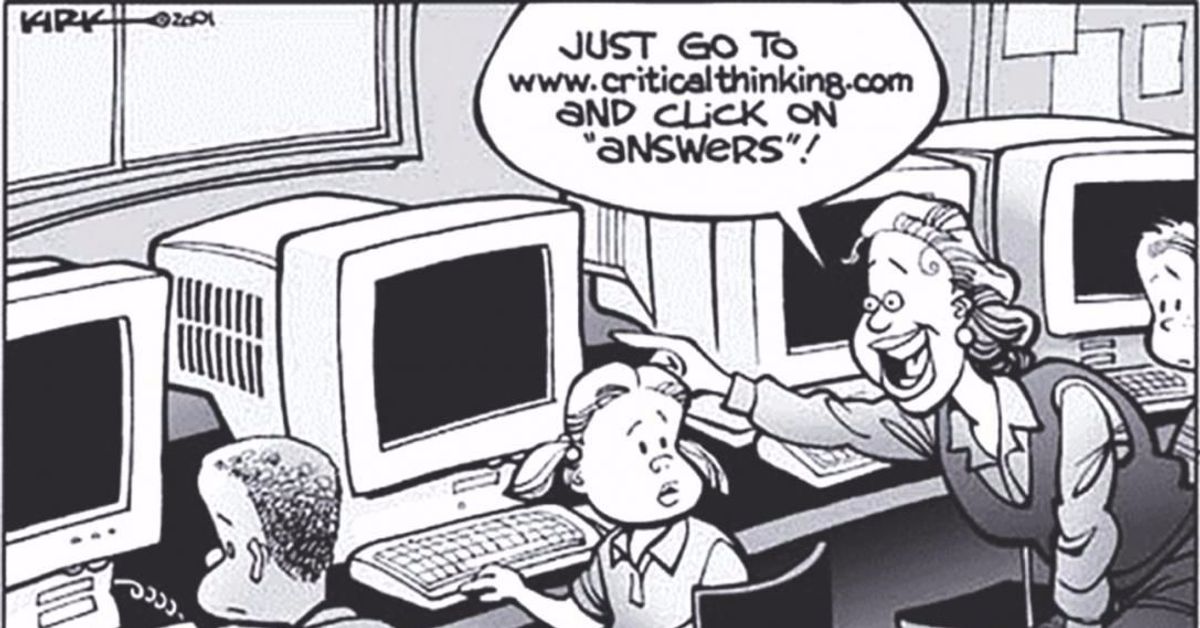 There is a lot of discussion on whether or not the education system is preparing its children for the 'real world'. Copious amounts of children leave high school with several qualifications but, continue to lack the basic knowledge that is crucial if you want to survive in adulthood.

Many people argue that it is not a teachers duty to engrave life skills into a child because they're simply meant to give them academic knowledge, the responsibility is on the parent. But, others ( 1/3 of the public) disagree with this statement as they believe that a teacher has taken responsibility to care and teach that child and ensure that they succeed to the best of their ability. Which also means allowing the students to have extra knowledge that will prepare them and get them ready for the world outside the school gates.

Do schools have a responsibility to fill in the gaps when parents don’t educate their children about basics?

College enrollment rates vary considerably with parents’ although this doesn't mean that because they weren't able to attend university or high school they are not knowledgeable. It does mean they may be limited on certain aspects which makes them unable to teach their children and because of this people believe the school should take an intuition and ensure that at least at school they're able t to be taught what they're missing on at home.  The answer it self is simple, students spend the majority of their day in school, monday to friday and most of them get home and stay in their room. An education system is almost a second parent and in this role the duty is to work alongside the parent to bring the best out of the child or at least provide a foundation and pathway and allow the child to make their own choice.

Life lessons or life skills is an idea which could potentially help mould the younger generation into a generation with drive and a purpose, sessions which are able to focus on some of the key issues that occur within society and the world, topics relating solely to them and how to deal with the issues that they deal with on a day to day basis. In addition to the above, life skills lessons are able to give children the opportunity to voice their opinion on important matters. The implications of these lessons are to make children aware of what is going on around them and to get them prepared for life ahead, in providing such classes you allow everyone to have an equal chance of gaining that extra knowledge, no one is subjected to knowledge because not everyone is privileged to have parents who guide them throughout life and show them the best routes to take.

HERE ARE THIS WEEKS TOP 5 LESSONS THAT CHILDREN SHOULD BE TAUGHT IN SCHOOL.

1. MENTAL ILLNESS- Not only should schools discuss the different types of mental illness but, focus on how to spot the signs that someone could be suffering from one, the treatment and how to cater someone who is suffering from a mental illness'. In addition to the above it is also important to focus on the myths and assumptions that culture and traditions say about depression and other illness'. For example a high percentage of African American men and women repress their emotions and do not speak about their illness' due to the fact that their elders do not believe black people can be depressed."if you could fight slavery you can fight this"

2. TOXIC MASCULINITY - The ideology that men must behave like animals and be emotionless, body builders has been created by society and is damaging and paralysing young boys of today. Men who have suffered harassment are afraid to speak out due to the fear that they will be judged,mocked or possibly even laughed at. This mentality of repressing their emotions and not communicating what they truly think starts from a young age, in order to avoid this continuing into adulthood and increasing the rates of suicide for men, it is best to teach young boys that it is okay to express your emotions and talk more on some of the issues that men in general go through.

3. SEX ED - Sex education isn't just supposed to teach you about conception or what happens during sex but, it should be taken a step further and also focus on the meaning of rape and the different types of rape. Many young girls and boys are shocked to find that even in a relationship rape occurs, it is better to discuss topics such as these the older the children get, before they're in a relationship and it's too late.

4. BILLS,HOUSES AND RENT - Some adults make it look easy, every year they're able to rent out their homes and others are able to buy new homes. But, what is the actual process in buying a home and how easy/hard is it to get the best deal? - 50% of the children in our survey that we asked stated that they had no idea what a mortgage was.

5. SELF DEFENCE - This isn't to encourage violence or fighting but, to make children more prepared if anyone tries to place a paw on them, the number of attacks that occur day in and day out is increasing each year. Teaching children martial arts, boxing , self defence and self discipline is a good way to not only train them to use their anger,body wisely and only when they need to But, all of this is to also allow them to feel safer if ever they were in situations where they had to defend themselves.