Ladies, Having A C-Section Is Still 'Giving Birth,' Don't Ever Say Or Think Differently

Ladies, Having A C-Section Is Still 'Giving Birth,' Don't Ever Say Or Think Differently

April is C-Section awareness month, and it’s time to get educated. 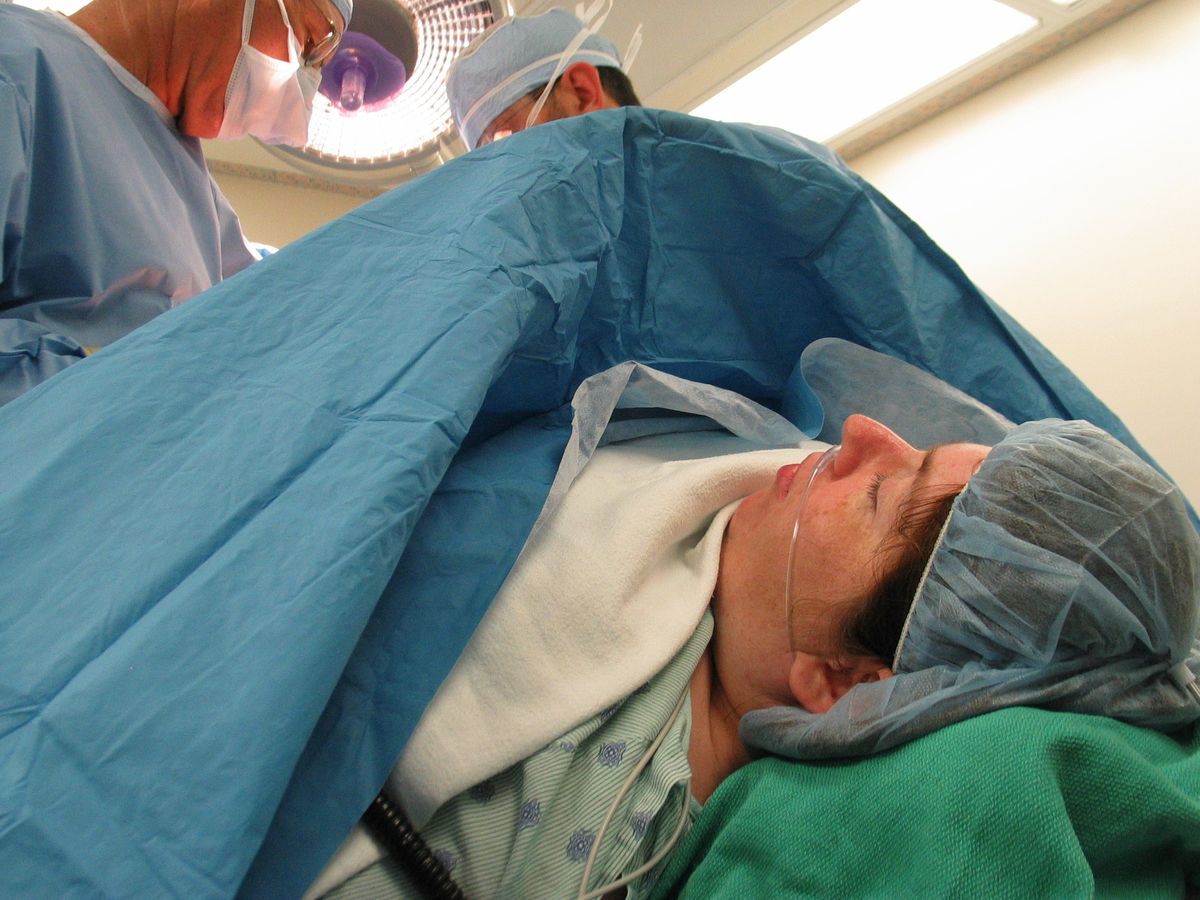 April is Cesarean (or C-Section) Awareness Month. Why is this important?

Currently, the U.S. cesarean rate is over 30 percent. Almost a third of American babies are now born surgically. It's so important for us, as a society, to be aware, educated and empathetic towards this growing number of cesarean mothers — and more than you probably realize.

This cesarean awareness campaign supports education in hopes of reducing the number of cesareans in mothers who do not really need them (or who will not benefit from this procedure when compared to a vaginal birth). Cesarean Awareness Month also promotes Vaginal Birth After Cesarean (VBAC) and support for the extensive recovery process mothers experience after a cesarean.


Mothers who've had a cesarean, when compared to vaginal birth, have an increased risk of infection(s), blood clots, more severe and longer lasting pain, and may result in repeat hospital visits. The recovery process from your abdomen, and all of its muscles, being cut open is extreme — and the number of cesarean mothers is growing in America each year.

The most common reasons for having a C-Section are: the baby is in a breech position (feet first), premature labor, labor is not progressing in a normal manner, there is some sort of viral infection, or the mother has placenta praevia; a condition in which the placenta is low lying and covers part of the entrance to the womb.

However, while the number of cesarean mothers is climbing, the percentages of mothers with these conditions...are not.

So, why is the number of Cesareans growing at such an alarming rate in the U.S.?

I can't tell you. It's been debated that the rise in C-Sections has been caused by doctors being more cautious of being sued if issues ensue during vaginal birth. Some argue that the rise is due to mothers having children later in life or the rise in inducing labor. The truth, unfortunately, is that there is no scientific backing on why the number of cesareans in America continues to climb each year.

This is the purpose of Cesarean Awareness Month, sponsored by International Cesarean Awareness Network; to spread awareness on this rising number, to teach women about the warning signs and their options when faced with a cesarean, and as I said previously, to support those who have already experienced surgical birth.

If a having a cesarean wasn't difficult enough as it is, cesarean mothers face another harsh aspect of this reality. Bullies.

Mothers who have cesareans are often criticized, scrutinized or told they took the easy way out. Some go as far as to say these mothers did not actually 'give birth' to their child at all.

I interviewed 14 cesarean mothers from different cities all over the country, and asked them if they had ever been told their C-Section was not 'giving birth,' — the results may shock you:

Are you one of the people who believe having a cesarean isn't 'giving birth'? Then...you know what, these two moms said it much better than I can:

"I was induced, like some mothers are. I was in labor for 15 hours before my Dr. decided on a cesarean, because she was breached on her side. I felt the contractions, I felt my water break. Just like all others experience. The only difference is she did not come naturally, but by major surgery. She still grew inside of me. She still came out of me. That is as simple as I can make it. It IS birth."

" I think the better question would be, how is a c-section NOT giving birth? I carried a life inside of me for nine months. I held the responsibility of keeping this life safe, healthy and growing for 9 months. I went through the pain and fearfulness of being cut open and this life removed from that incision. Regardless of which route that precious life took into this world, it came out of ME."

I cannot comprehend telling a mother, regardless of how that baby came on to this planet, that she did not birth them. To know this happens on a regular basis makes my blood boil. And it should for you too — with almost 1 out of 3 births being cesarean, chances are you know someone who has either given birth surgically or is a cesarean baby themselves; probably multiple.

Get educated, be aware and be friendly to one another. Cesarean mothers, this month is for you!

Visit ican-online.org for more information on cesaeran education or support.