Lessons for 2017, Learned From Those We Lost In 2016
Odyssey
CurrentlySwoonLifestyleHealth & WellnessStudent LifeContent InspirationEntertainmentPolitics and ActivismSportsAdulting
About usAdvertiseTermsPrivacyDMCAContact us
® 2023 ODYSSEY
Welcome back
Sign in to comment to your favorite stories, participate in your community and interact with your friends
or
LOG IN WITH FACEBOOK
No account? Create one
Start writing a post
Politics and Activism

Sometimes it's hard to find the silver lining, but it's there. 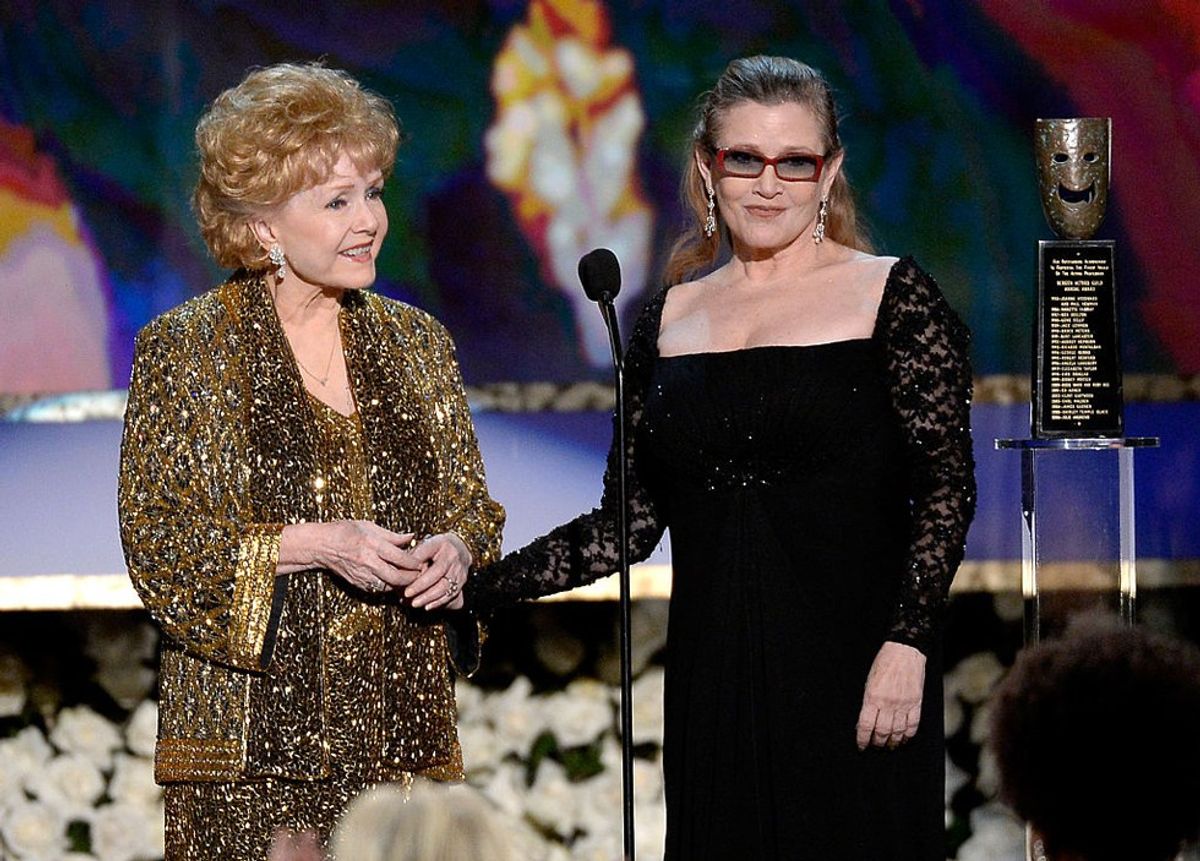 This year has brought many an earth-shattering occurrence. Forty-nine families had to try to comprehend why they were burying their beloveds of the LGBT community after the Pulse shooting. Countless black men were taken down by a system built to destroy since before the birth of their grandfathers. UK citizens decided to leave the EU without reason other than not wanting to take in Syrian refugees. And, in that vein, Syrian families are continually being destroyed in the most horrifying ways imaginable, with no home to return to when that dense Aleppo smoke finally clears. Berlin Christmas market-goers went out and didn't make it home to celebrate with their families. And, of course, we have lost many, many influential individuals. David Bowie, Prince, Gene Wilder, Alan Rickman, Leonard Cohen, Harper Lee - and, most recently, Carrie Fisher (edit: while writing this, I found out about her mother, Debbie Reynold's, passing).

Yes, 2016 was pretty miserable. And, no, things aren't going to just magically get better in 2017. I'm two days in and will probably still be changing the little '16's on my dated papers to '17's until at least February, maybe March. Don't think that global warming or the persecution of minority groups or world health crises are going to catch on to the new calendar any sooner.

But, while I'm a realist, I'm hopeful. I'm hopeful for a future that we can influence and decide on (no matter what the 2016 American presidential election told you), and for a future that fosters knowledge and tolerance to allow some good things to happen. Going back to the (abbreviated) list of people we lost in 2016, let's shine a light on some of the things those people taught us that account for why we will miss them:

Sure, many people will remember David for his iconic, avant-garde lightning-bolt makeup - But many will remember him for what that makeup meant. David was known for breaking barriers that hadn't been broken between the 'mainstream' and LGBT communities of the time. Loved by many, and admired by all, David gracefully paved the way for gender and sexuality expression in a time when those things weren't talked about. I like to think that, thanks to voices like David's, we've advanced from the age of hushed whispers to a culture that is vastly working toward the normalization of LGBT lifestyles.

On that note, let's talk about Prince. He was, no pun intended, the Prince of Intersectionality. He was open about his gender fluidity in a time when more people were unfamiliar with the term than were familiar. But, at the same time, he remained unapologetically black. Maybe, to the untrained eye, it seems like two unconnected issues. But when you throw in the idea that trans women of color remain the most targeted group of LGBT hate crimes, it makes you wonder how much courage it must have taken Prince to show his femininity twenty-plus years ago. It's a dangerous time out there for LGBT and POC individuals, alike. Look to Prince's music to give you strength out there.

Gene Wilder was brought up in a Jewish family, but his true practiced religion was one rule - the Golden Rule. He simply believed that you should treat everyone as you would like to be treated. Simple, and seemingly unnecessary to state. But in today's world, we could all use that little reminder now and again.

Maybe you were intimidated by him as the dark, sharp, brooding Severus Snape of the Harry Potter movies. Maybe you were inspired to be your most bad-ass self after seeing him as Hans Gruber in Die Hard. Hell, maybe you ate ice cream and cried a little when his marriage with Emma Thompson crumbled as Harry in Love, Actually. He could play any role, really. But did you know that he was also passionate about graphic design and showed incredible skill in calligraphy from his early childhood? Not to mention his accomplishments as a stage actor! Don't let yourself be pigeon-holed; odds are, you have a bunch of different skills and interests that you shouldn't give up.

I don't think I've ever met someone who dislikes Cohen's most memorable song, "Hallelujah." With its haunting melodies and biblical undertones, there's something ethereal about it that captivates the mind and soul. Beyond that, I think it gets the emotional response it seeks because of how unquestionably raw and real it is. In a time where metaphors were more frequently used in music than they are now, "Hallelujah" struck a chord with listeners because it alluded to human sin, while maintaining a unique balance of religion and losing it. No one is perfect, and there is no one right way to be human. That's what makes it real.

Yes, To Kill a Mockingbird has been added to the banned book list for its sensitive content relating to racism and fear-mongering. But Harper Lee's Great Depression narration through the eyes of a child in the deep south teaches its older readers to see beyond what they ordinarily do through their jaded eyes. Racism is taught, not inherited. Remember this, and remember that we have the ability kill it, if we continue to teach love and tolerance over fear and hatred. It's going to take some time. God knows how many people believe it's already been eradicated - don't be satisfied with that.

From Princess Leia to General Organa, Carrie Fisher lived quite a life and learned a lot in her too-short journey with us. Another trailblazer, Carrie has always been open and brutally honest about her battles with addiction and bipolar disorder. She's a face for ending the stigma against mental health - it's always been there, but because of advocates like her, people are now gaining the strength to love themselves and get help. Carrie didn't give a hoot if she was being unladylike, and was known for flipping off the camera on many occasions. Take a page from Carrie's book - life's too short to be anything but you.

Take a look at any interaction Debbie had with her late daughter, Carrie. She was a hell of a mom. She fostered a fighter, and loved her so dearly that she couldn't bear living without her. Now, in most cases I would heed caution - it's no secret that it's not healthy to cling to a significant other or friend to such an extent. But as a mother, her heart was so full of love for her daughter that she literally stated that she wanted to be with her beloved daughter, and was granted that wish just mere hours later. Take care and love yourself first, but always have room in your heart to love without bounds.