Celebrate Life And Speak Up
Odyssey
CurrentlySwoonLifestyleHealth & WellnessStudent LifeContent InspirationEntertainmentPolitics and ActivismSportsAdulting
About usAdvertiseTermsPrivacyDMCAContact us
® 2023 ODYSSEY
Welcome back
Sign in to comment to your favorite stories, participate in your community and interact with your friends
or
LOG IN WITH FACEBOOK
No account? Create one
Start writing a post
Health and Wellness

Celebrate Life And Speak Up

I'm no stranger to the effects suicide can have on an individual. It's time to start talking. 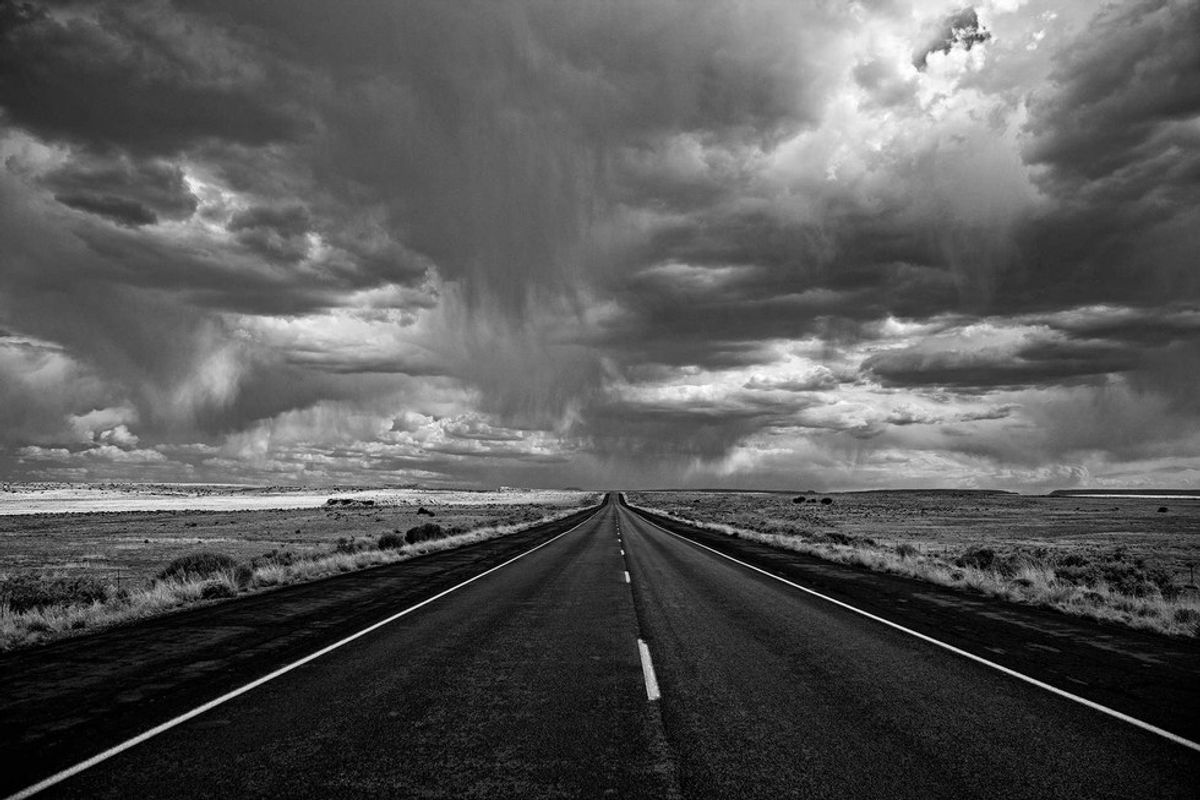 Each year, roughly 42,000 Americans succeed in committing suicide. For every suicide that occurs, twenty-five are attempted. Men are three and a half times more likely than women to commit suicide.

I know most are all too familiar with these mind-numbing statistics regarding suicide, especially because September is Suicide Awareness Month. Some may just dismiss these statistics as a fact of life that cannot be changed, but because my family and I have been personally affected by this tragic event more than once, I wanted to speak up about this raw subject dwelling in the hearts and minds of many individuals. Whether you are grieving the loss of a loved-one from a sudden suicide, suffering the harrowing effects depression brings, or even considering suicide yourself, I encourage you to keep reading.

I remember the day vividly. I had reluctantly gone over to my church across the street from my elementary school to practice singing songs for the children’s choir. After a boring, dreadful rehearsal, I exited the sanctuary to go wait on the grand cement staircase just outside the doors of my church. I was waiting for dad to pick me up as he always did on Wednesday’s after choir rehearsal. But this time, I found myself getting antsy; something was taking my dad longer than usual. A few adults from my church offered to bring me home, but I declined because I was sure my dad would be coming any second. Sure enough, a few minutes later, my dad pulled up and told me to get in the truck. I gathered my school bag and hopped in. I don’t remember the exact words my dad used but I remember him saying something like, “Something bad happened today, Claire. We will have to wait to discuss it when we get home so I can tell you and your brother at the same time.” I remember thinking, “Uh-oh! Did I do something bad at school today that I don’t remember?” If only it could’ve been something that minuscule.

When we got home, my dad called my brother, Caleb, to the kitchen and told us to sit down. He then carefully explained the concept of suicide to us and how it was never something he wanted us to do, as any parent would never desire their children to do. By this point, his voice was getting shaky; I had never heard my dad sound so stern yet so distraught at the same time. Then he delved into the horrible event that had occurred that day. The rest of the conversation was a blur. “Your cousin, Jacob…” and “brain dead,” and “the machine can’t breathe for him forever,” and “he’ll die”. You can imagine the mind of a naïve third grader attempting to digest this heavy information. I didn’t quite understand why the machine he was hooked up to couldn’t keep him alive forever. Now, however, it’s clear to me that a life like that, unconscious but alive, wouldn’t having been living at all.

Later that evening my entire family was buzzing in and out of my house, commuting back and forth to the hospital in Des Moines where my cousin was staying. I remember pleading with my mom to let me go see Jacob one last time at the hospital before it would be too late. My mom insisted that I was to stay at home with my dad and my brother. Disappointed and upset, I stomped away confused and heartbroken from the day’s events. I just kept asking myself, “Why?” but I never found a satisfying answer.

Fast-forward around ten years to September 12, 2016, and I’m in the basement of my dorm studying for my first college chemistry exam. As I sought a distracting study break, I took out my phone and started aimlessly scrolling through social media. I then froze. I re-read my aunt’s Facebook post. Tears started to pool in my eyes and tickle as they overflowed and trickled softly down my cheeks. My cousin, Jacob, would have been twenty-three. Twenty-three. My bubbly, caring, life-filled cousin would have been inspiring everyone he met with his contagious smile and bright personality. He probably would have just graduated college and be starting a life of his own, pursuing his dream job and even thinking about having a family. He would’ve had his whole life in front of him, but, this wasn’t the case. Instead, I was where he should’ve been, pursuing my dreams and meeting new friends and enjoying life. I felt like a horrible person, one: for not realizing until late in the afternoon that it was my cousin’s birthday and two: for living my life when his was so tragically stolen from him. Tears were coming faster now and I frantically began packing my backpack to head back to my dorm so that nobody would see me crying. I got into my room and shut the door behind me just in time to let all the sorrow, heartache, and guilt coming pouring out of my heart like a fire hydrant after being hit by a car.

After about half an hour of crying a steady stream of tears, a realization occurred to me: this wasn’t a proper way to honor the life of my cousin. No amount of wallowing in the unfairness of the situation would bring him back. In fact, why would he even want to come back while he’s flying in a blissful heaven, frolicking through golden meadows with his Savior, never to experience the pain and struggles of the world again? I was not/am not wrong for living my life and enjoying all it has to offer. God wants us to celebrate life and honor Him with the life we’ve been given and I know Jacob would have wanted me to do that as well.

So, in order to celebrate the lives of all those who were in too much anguish to see a life worth living, we can help those who are suffering in silence to see value in life. The absolute truth is that oftentimes those we perceive as the most joyful are fighting the toughest battles. Let us never lose heart while making Jesus’s love and joy known to all because according to Him,

“I have told you these things, so that in me you may have peace. In this world you will have trouble. But take heart! I have overcome the world,” John 16:33 (NIV).

The fact remains, suicide is still a touchy and sensitive subject. In order to grow, we must face the fact that suicide is not pretty. It’s not pretty to think about what someone must have faced every day to consider suicide as their only option. It’s not pretty to hear the sobs of your grandparents after two of their grandchildren, and their only son see no other way than to end it all. It’s not pretty the first Christmas after bright souls in your family are no longer there and their absence of laughter is noted by all. And it’s sure not pretty to think that suicide can happen to anyone. That being said, I encourage everyone to initiate the conversation, stop hiding behind the veil of ignorance and step into the light of the truth surrounding this very grave issue. If I would have known that four suicides would have occurred in my family before I reached adulthood, I would have thought that I would never get over such horrific circumstances. But now, I can appreciate the wisdom I have from facing, grieving, learning, and healing from the gut-wrenching realities of suicide.