Cavaliers-Warriors Part IV: Appreciating The Game In Front Of Us
Odyssey

Cavaliers-Warriors Part IV: Appreciating The Game In Front Of Us 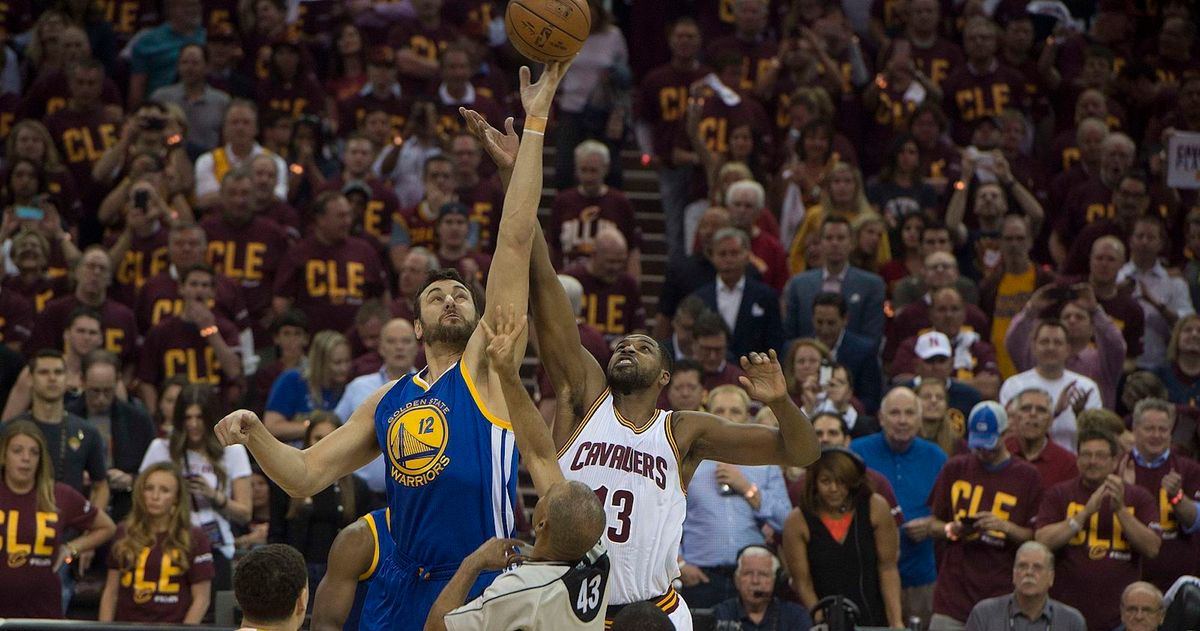 With the conclusion of the NBA Conference Finals, we have a very familiar Finals matchup on our hands. The last three seasons have concluded with these two heavyweights going back and forth, and the Warriors have come away with two titles to the Cavaliers’ one.

Following the thrilling Game 7’s, there has been constant chatter in the NBA world among fans of “Finals fatigue.” There’s been a growing sense that the NBA lacks parity – that unlike other leagues, the Finals’ matchups occur too often and are far too predictable. It seems fans are wondering why to bother watching the regular season and playoffs when the same result occurs by season’s end.

These questions, to me, appear misinformed. Anyone that watched the playoffs this year knew this Finals’ matchup was anything but certain. The Boston Celtics gave the Cavs everything they could handle, to the point that LeBron James had to play ridiculous minutes that most humans couldn’t endure.

The Warriors, meanwhile, were pushed to the brink by the Rockets, falling behind 3-2 and needed a fortunate Chris Paul injury to escape. One or two bounces going the other way (like the Celtics not inexplicably letting Jeff Green score 19 points or the Rockets not missing 27 straight threes) and those series look completely different.

Many are also pointing to this repeat matchup as a new phenomenon for the league, and use it as proof that the NBA isn’t as good as it used to be. However, that couldn’t be further from the truth. The NBA has a proud history of consistently putting the two best teams in the Finals.

Often times in other leagues, “fraudulent” teams seem to make their way to a championship. In the MLB and NHL, a hot, average team can win it all. In the NFL, a quarterback can have the four best games of his life and lead his team to a Super Bowl (see: Flacco, Joseph est. 2012).

The NBA is the only league that has the tried-and-true method to weed out weaker teams and lead to a competitive finale to determine a champion. The best team always wins.

Looking at the history of the NBA, a select few teams have often dominated the league at a given time. In the 2000s, it was the Lakers, Spurs, Pistons, Heat, and Celtics. In the 1990s, it was the Bulls and Rockets. This can be done for every decade, often with multiple repeat matchups. The Warriors and Cavaliers of the 2010s are nothing new, presenting a repeat of dominant teams of years past.

Luckily for these NBA fans, the NBA is as unpredictable as it is predictable. One small change – a turnover, a coaching debacle, an injury – can completely change how the Finals playout. Dynastic level runs, like we are seeing with the Cavaliers and Warriors, eventually come to an end, and many times at unexpected junctures.

Jordan retired, unretired, then retired again. Shaq and Kobe couldn’t get along, the Spurs struggled with opponents making lucky shots, defensive rule changes doomed the starless Pistons, Wade had a terrible team around him post-Shaq, and the Celtics and Lakers duked it out with equally talented teams before getting old.

Whatever happens in this Finals, history shows this matchup won’t last forever. Cleveland is a heavy underdog, and another Finals loss may be one too many for LeBron to stick around without having a significantly improved roster around him. The Warriors appear to have unprecedented staying power with four all-stars on their roster.

However, even they looked vulnerable without their emotional leader Andre Iguodala in the Houston series and will have to make some tough salary cap decisions down the road. The Conference Finals’ runners-up, Houston and Boston, look to be even better next year with fully healthy rosters and an additional chip on their respective shoulders. Hell, one of these teams could end up adding LeBron to their roster.

Promising teams brimming with potential that fail to win a title are often looked upon with rose-colored glasses. The idea that “it wasn’t their year, and they’ll have plenty of time to make their own dynastic run” is often the prominent thought process.

Taking one look at the 1995 Magic and the 2012 Thunder, two Finals’ losers that had young superstars that were just too young to win a title at the time, never made it back. Adam Silver, the Commissioner of the NBA, said in 2017 that too many people look at the NBA as being static. Young players improve, old players, decline. A coaching change, much like the ones the Warriors made to replace Mark Jackson with Steve Kerr, can spur a dynasty.

Eventually, the Warriors and Cavaliers will not meet in the Finals and new teams will battle for NBA supremacy. In the meantime, it’s important to recognize and appreciate the greatness that is being played in front of us. The Warriors and Cavaliers play beautiful basketball, have some of the NBA’s brightest stars on their rosters, and create enough drama to fill a CBS afternoon TV slate.

Getting stuck in the sad cycle of constantly wanting something new only hurts your viewing perception and may signal that it’s time for a lesson in patience and enjoying what is given. I’ve never seen an Orlando Magic championship, and as a fan, I crave one as badly as fans of the 28 other teams not in this year’s Finals do.

I know it will come in time, as hard a pill that is to swallow. For now, I’m going to celebrate getting to see the greatest team of all time and a player that has made eight straight Finals play in a seven-game showdown. We are truly the lucky ones.