"Who Cares" About Diversity In Comedy?

"Who Cares" About Diversity In Comedy?

My take on the lack of diversity in the comedy world. 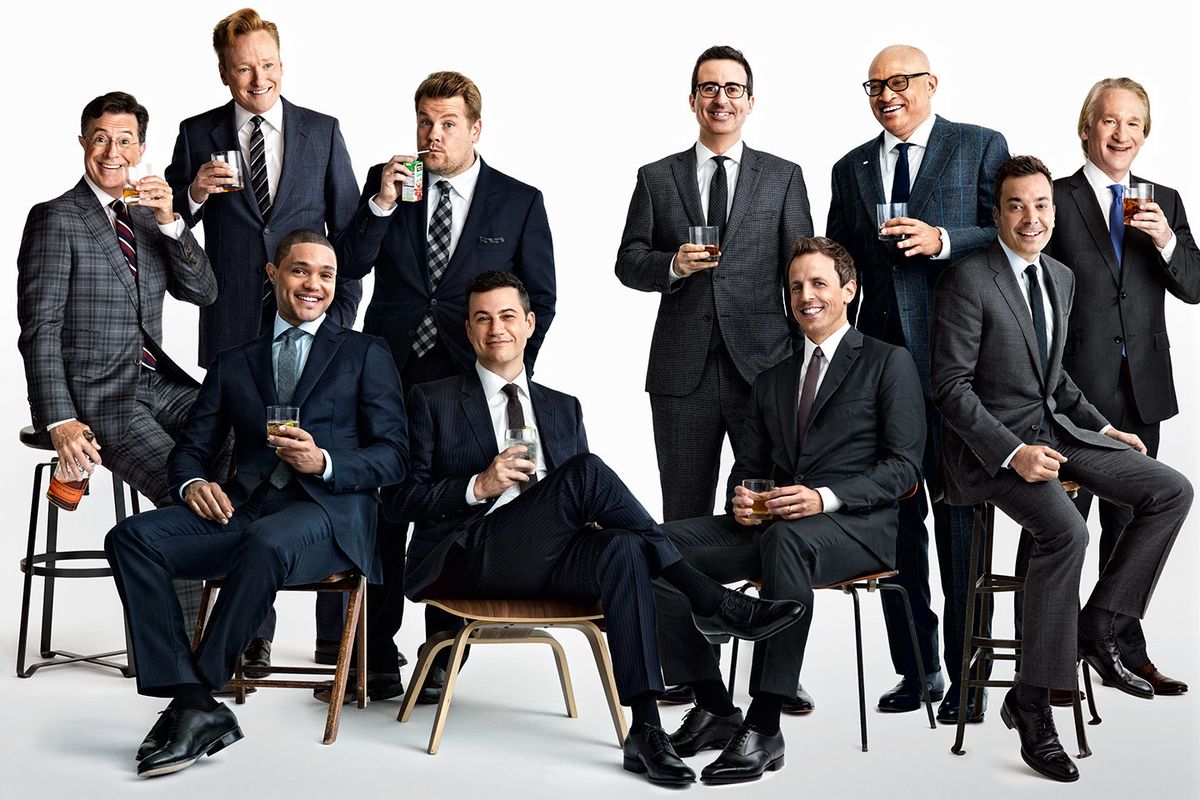 I have been a comedy nerd for years. I frequent improv shows, religiously watch late-night, and devour Netflix specials like it’s my day job. Humor is one of the only surefire methods to quell my anxiety, and I see so much value in laughter. However, a glaring issue I see in the world of comedy is an obvious lack of diversity.


One of the most obvious illustrations of the lack of diversity in comedy is the current state of late-night television. In September, Vanity Fair ran an article on late-night entitled, “Why Late-Night Television Is Better than Ever,” with an accompanying picture of all the relevant hosts. The picture included Stephen Colbert, Conan O’Brien, James Corden, Trevor Noah, Jimmy Kimmel, Seth Meyers, John Oliver, Larry Wilmore, Jimmy Fallon, and Bill Maher. In this photo, there is something notable missing, and it’s not testosterone. With countless comedians including Amy Schumer, Chelsea Peretti, and Iliza Schlesinger killing the game just as much as their male contemporaries, why is late-night such a boy’s club?

In addition, of the men pictured, only Wilmore and Noah are black. Again, this is not because there is a shortage of hilarious non-white comedians. Perhaps these shows employ a diverse writing staff to make up for the lack of the diversity in the hosts? Unfortunately, that is not the case. The fate of women and non-whites is just as bleak in the writing rooms. Of the 19 people on Stephen Colbert’s writing staff, there are 17 men and two women. All of his writers are white.

This is not rare in late-night by any means. Seth Meyers’ show, which hired the first black woman to write for a network late-night show in history, has only two black writers and three female writers. Bill Maher’s show employs nine writers, none of whom are women.

This unsettling pattern in writing room demographics unfortunately goes on and on. While late-night TV may be “better than ever,” perhaps diversity could make it even better.

These numbers may appear to be initially startling, but is representation in late-night really all that important? Some seem to think not. In a 2014 interview, comedian Jerry Seinfeld was asked why so many of the comedians he interviews in his web series, "Comedians in Cars Getting Coffee," were white men.

His response was, “People think [comedy] is the census or something, it's gotta represent the actual pie chart of America. Who cares?"

While I do not think comedy must provide a representative for every American and his/her background or interests, I do believe that diversity strengthens comedy, especially in late-night.

Trevor Noah is one of my favorite comics. Born in South Africa to a white father and a black mother during the period of apartheid, Noah has a set of experiences that completely differs from mine. But, just because I don’t have much in common with Noah does not mean that his comedy cannot affect me. In my opinion the best comedy is smart comedy; comedy that makes people examine the world in which they live or makes people feel things. Comedians are storytellers, and Noah’s unique past adds a depth to his comedy.

Noah is the new host of "The Daily Show," and his show provides an exemplary model of the benefits of diversity in comedy. "The Daily Show"'s cast of correspondents is incredibly diverse. Six of the eight total correspondents are people of color while two are women, with correspondent Jessica Williams falling into both categories. The show demonstrated the strength of its diverse staff flawlessly in a recent segment in which Jordan Klepper, a white male correspondent, and Roy Wood Jr, a black male correspondent, tried to answer the question, “Are All Cops Racist?,” by examining their own inherent biases and playing up the racial tensions in their relationship.

Through this hilarious and exaggerated report, the two correspondents were able to make viewers examine their own biases, classifying this bit as an example of “smart” comedy. I think Noah and "The Daily Show" serve as paradigms of the necessity of diversity in comedy.

Credibility is also extremely important in comedy. Shared experiences/feelings are often necessary for comedy to have an impact on audiences. Establishing credibility would especially aid late-night hosts, as those programs often tackle news headlines or social issues, albeit in humorous ways. I believe it would be more effective for a woman to mock the wage-gap than it would be for a man to do so, simply because while the man may see the absurdity of the situation, he benefits from the injustice.

Similarly, a man who has witnessed and faced inequality throughout his whole life can mock white privilege without irony that compromises the joke’s integrity, while a white man cannot. While late-night comedy typically acts as “feel good” programming, hosts have traditionally assumed some sort of responsibility to comment on the state of the world, and having multiple perspectives commenting on the same headlines would allow people to learn while they are being entertained by the comedic aspects.

To answer Jerry Seinfeld, I care about representation in comedy. Not because I can’t turn on the TV and find a comedian who completely reflects my interests and values, but because I love comedy and want it to be better. While I’m laughing so hard that I’m crying, I want to be able to learn and think. I know that this is possible because I’ve experienced this while watching comedians like Aziz Ansari, Larry Wilmore, and Sarah Silverman.

I am hopeful for the end of the male reign on late-night with the upcoming premiere of Samantha Bee’s late-night talk show “Full Frontal,” and I have faith that the slow trend towards diversity will pick up and make comedy accessible to everyone.