"The most idiotic thing we can do as a society is turn a blind eye to the inevitable corruption and mishandling of his position." 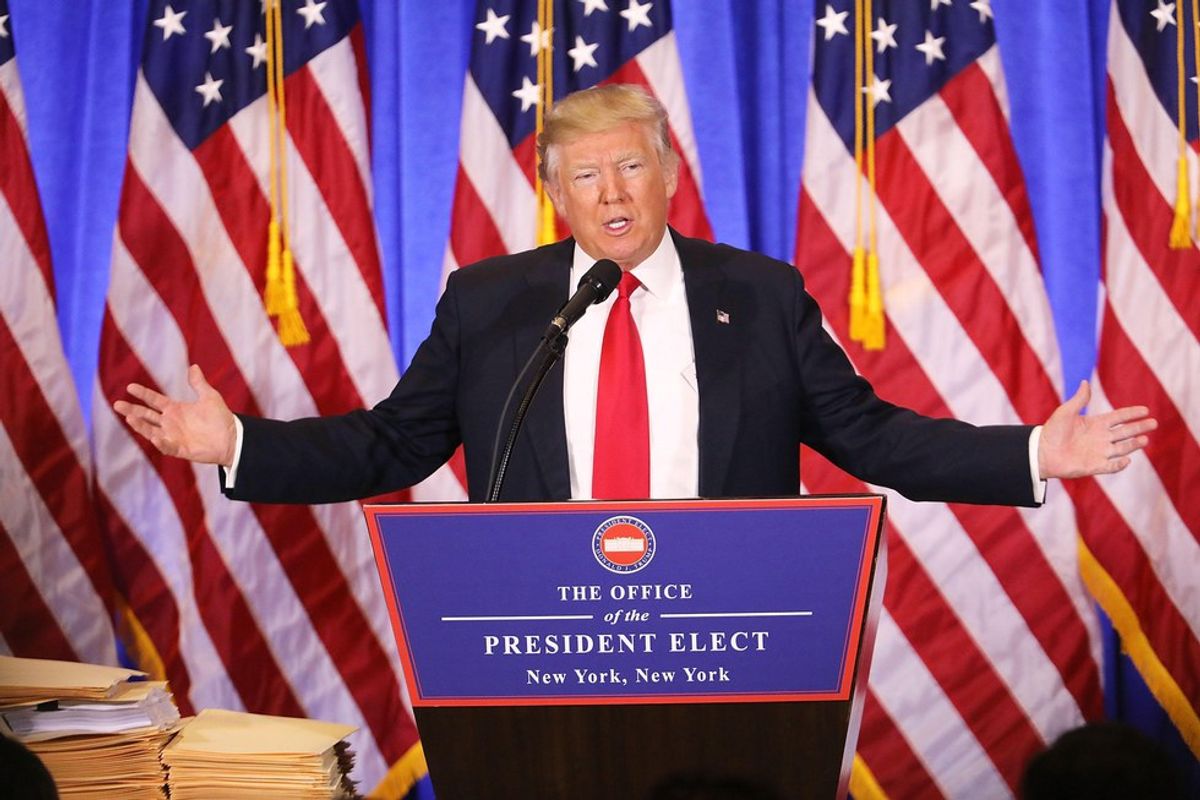 It comes as no surprise that Inauguration weekend was filled with marches and protests from thousands of people across the country. Donald Trump’s election remains extremely controversial, and many Americans are prepared and willing to let him know that they do not stand for his goals and beliefs.

The real problem is that I have seen and read an overwhelming number of people stating that they’ve chosen to block Trump on Twitter, refuse to watch the news, and do other things to ensure that they won’t see his name or face for the next four years of his term.

Don’t get me wrong; I fully agree that he is the last person I want to read about or listen to. The problem is that the most idiotic thing we can do as a society is turn a blind eye to the inevitable corruption and mishandling of his position.

I say this because as a emocraticd society, we the people are the ones in charge, we’re the boss. Our role in democracy is to function as the watchdog of the executive branch, and who would we be to not do our jobs as citizens? By choosing to ignore Trump’s actions instead of taking a stand, we are giving away our power to dictate our wants and needs.

As the generation who must build our careers and families in post- Trump America, we are doing ourselves a disservice by putting on blinders and pretending that Donald Trump isn’t the most powerful leader in the world. We’ve seen the train wreck of his cabinet's confirmation hearings, his odd relationship with Russia unfold, and the not so coincidental rise of “alt- right” popularity. If the public turns its attention away from these events and many more, the people in power will abuse their status to protect the interest of the few instead of the many.

Again, I completely understand the desire to ignore Donald Trump. Personally, it makes my skin crawl to see his name and face on television and the internet every moment of every day. But there is no “blocking” of the president of the United States. He is still the president, and therefor he is present whether or not we want him to be.

I’m an optimist about the future of America. If everyone else could unite in positivity and peace, we can make a difference regardless of who is in power. As shown by the Women’s March, we are not alone in our protest against bigotry and hatred. I was moved and inspired by the collaboration that I saw this past Saturday, and I hope that what the world can continue to carry out the momentum of community and peaceful protest.

Trump is not the president we want, but he is the president we have for the time being. We must watch him closely, scrutinize his faults, and not let him or his administration jeopardize our basic human rights and the principles of democracy.
Report this Content
This article has not been reviewed by Odyssey HQ and solely reflects the ideas and opinions of the creator.