How Much Does Caffeine Really Affect Your Heart Rate?
Odyssey

How Much Does Caffeine Really Affect Your Heart Rate?

It might not be as much as you think... 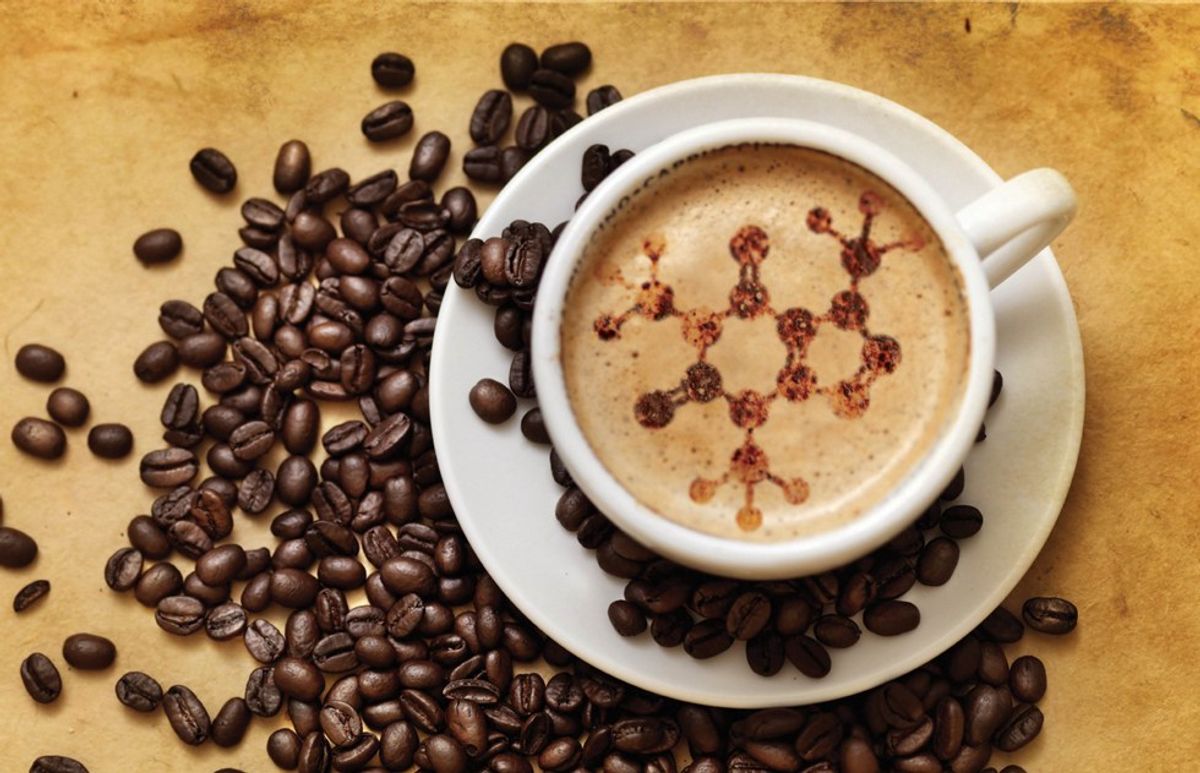 Miller tested the effects of caffeine on heart rate on four different individuals. Each subject was given one 200mg caffeine pill and the subject’s heart rates were tested six times in 15 minute increments. The results were mostly inconclusive but inferences can be made.

Caffeine is a plant product found in food, drinks, and some medication. It’s a stimulant and is normally used to keep people more awake. It mostly has a stimulating effect on the central nervous system. It can also make an antidote to respiratory depression induced by drugs. It also acts as a mild diuretic (The Editors of Encyclopædia Britannica, 2016).
It can start effecting the body about 15 minutes after ingestion and can last for around six hours (University Health Service). It’s rapidly absorbed about 30 to 60 minutes after ingestion (Bunch, 2016), so it’s safe to say that when it starts to effect a person depends on them. It does have side effects when in large quantities (1000 mg or more) on the regular such as conception problems, increased episodes of heartburn, changes in bowel habits (University Health Service), and raises blood level of epinephrine (adrenaline) (Bunch, 2016). Epinephrine, in pure forms, can increase blood pressure, the force of the heart, and mildly increase heart rate (Bunch, 2016) – which, on average, for adults, is 60 – 100 BPM (American Heart Association, 2016).
The box of caffeine pills claim that 200mg of caffeine is the same as in a cup of coffee. However, this varies. Eight ounces of brewed coffee can be anywhere from 95-200mg. Decaffeinated coffee still has about 2-12mg per eight ounces. One ounce of espresso can have 45-75mg of caffeine. It can even vary in the same coffee shop (Mayo Clinic Staff). 200mg might be kind of on the high end as far as regular coffee goes, but it is the best way to make caffeine content accurate.

The purpose of this experiment is to test the effect of caffeine on human heart rate. Miller failed to find any actual studies on the exact results of caffeine on heart rate as far as BPM goes. She did, however, find that it can increase blood pressure and force of the heart. From this research, she expects that it will increase heart rate some, however the exact numbers will likely depend on the person and she is interested to see what these will be. Of course, many factor can influence heart rate, so the ideal setting for this experiment is alone, away from people. Whether a person is standing up or lying down can change heart rate, as well as activity level, emotions, and medications (Laskowski). If Miller measures the heart rate of 4 adults after they take one 200mg caffeine pill, then their heart rate will increase slightly. Miller will check it in six 15 minute increments.

The materials needed for this experiment were:
Water
4 200mg Caffeine Pills (Kroger rand, one per person)
Heart rate watch (optional)

Subjects then took one 200mg caffeine pill with water.

Fifteen minutes after taking the pill, they measured their heart rates again. They measured, in total, seven times. Six were after consumption of the caffeine in 15 minute increments (15, 30, 45, 60, 75, 90).

In total, the experiment took about 95 minutes.

The experiment was only conducted one time due to the restricted time frame of the experiment.


The results from this experiment are rather inconclusive. Subject 3’s heartrate increased by 48 BPM from the beginning to end of the experiment. Due do the lack of time, it’s hard to tell if this was because of the disclosed heart problems and the slower heart rate. Subject 1’s heartrate, however, rose and fell. The changes in BPM never exceeded 6. Subjects 2 and 4, on the other hand, were much more sporadic. Subject 2’s heart rate actually went down to 65 at the 75 minute mark of the experiment – three points lower than Subject 2’s resting heart rate. There was an overall change of 45 BPM. Subject 4 had little variation with a change of only 19 BPM. There is little to be assumed from this experiment. The results are random at best and a clear answer is not present with how much caffeine actually affects heart rate. To make this better, subjects should all be in the same environment without outside influence. There should also be many more diverse subjects. Overall, Miller’s hypothesis was mostly correct – heart rate did increase, but it wasn’t only “slightly” increased for some subjects. From the results, it is safe to say that caffeine affects people differently.