A Brief Rant On Rape Culture

I am frustrated, and I'm sure you can relate. 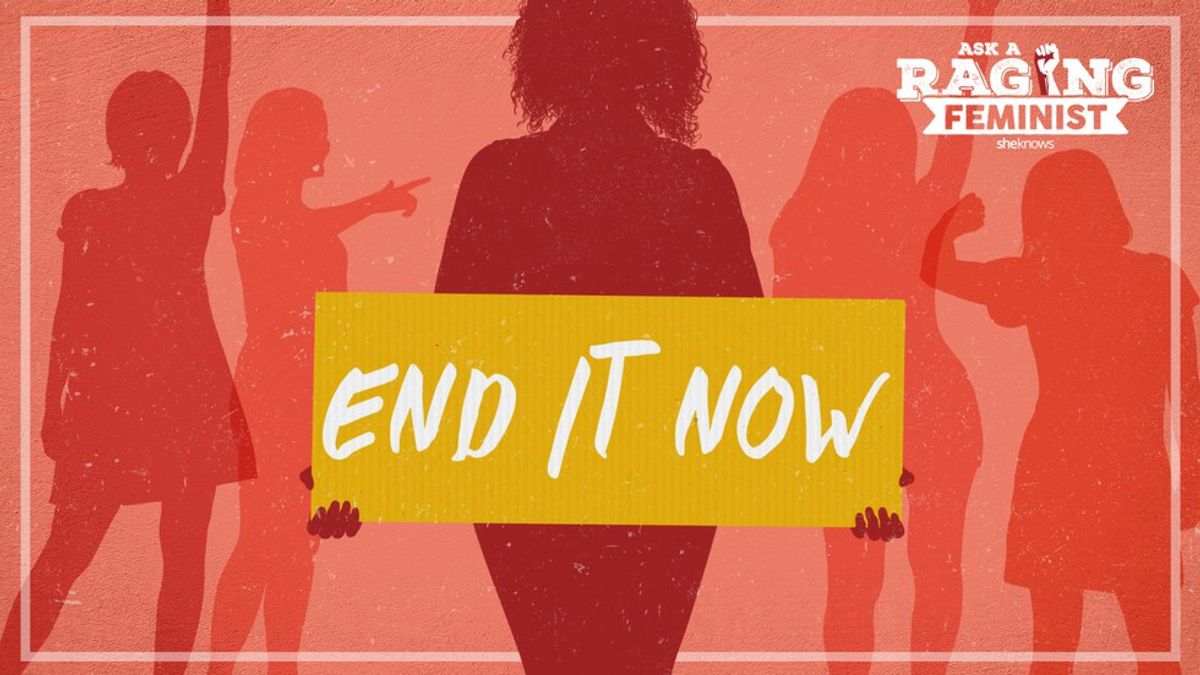 I graduated with a History major. A lot of people think that my degree is useless in the “real world,” but they are wrong. They are wrong because I am able to know the context of our world problems today, and that, my friends, can get frustrating. I frequently get into heated debates with friends about social justice problems. Whether it be racism, sexism, feminism, socio-economic inequality or whatever, people tend to get annoyed with me because I will begin my arguments with information from the ancient or more modern past. I do this because the issues that we face today haven’t come from just anywhere. They have reasons. And today, right now, I want to focus on Rape Culture.

Oh, man. I went there. Rape Culture. Why am I capitalizing it? Because it is important and I was taught to capitalize things that are important. Rape Culture isn’t this fake “nazi-feminist” constructed thing, it is reality, and when we treat Rape Culture as a reality then it can change. But for those of you that sit there and still believe that Rape Culture isn’t valid, let me tell you… you are the ones allowing it to continue.

In the past two weeks alone, I have found out that two of my very dear female friends have been hurt by the male gender. Remember that this only accounts for my personal experience. Let’s not forget about the Colorado student who won’t be charged, as well as the many other women who have been sexually assaulted or raped and haven’t shared this information with others. These women have been forced to do things that they did not want to do. Why? Because throughout history men–for reasons that are not accidental–have been put on top of the social hierarchy and it is a bunch of fucking bullshit, let me tell you.

Now, some of my friends are going to read this and think about how I’m a crazy feminist. Fine. Whatever. They are going to say, “This is why feminists are crazy. They just want to blame the men for all their problems. Men get raped too, y’know. It’s not only about the females. Feminists are so one sided. Cayla, how can you be pro-feminists and want equality of the genders, if you are just going to bash men into dirt?” To which I respond, I understand that not all men are bad. I understand that some men do get raped or sexually assaulted. I understand that there are problems on both sides. But I also understand that women get sexually assaulted so often it is normalized. If you ask any of your female friends they either have been personally sexually assaulted or they know someone that has. And that isn’t cool. Men that don’t sexually assault women are cool. It is those that do that give the entire gender of “male” a bad name. So if you are a guy reading this, just tell your other dude friends, “Hey, guy. She said no. Cut it out.” Say it in man-code if you have to. I don’t care. But, as a female, I’m asking you to help. You can help by not making sexist jokes against women, call your friends out on their nonsense, helping a woman that seems scared or uneasy because of a guy. Pretend to be her brother, boyfriend, dad–whatever the situation calls for–to help diffuse a (probably) dangerous situation, because men respect other men more than they respect women (yes, I understand, not all men, save your breath.)