The Breakdown: Why Thon Maker?

And why not Henry Ellenson? 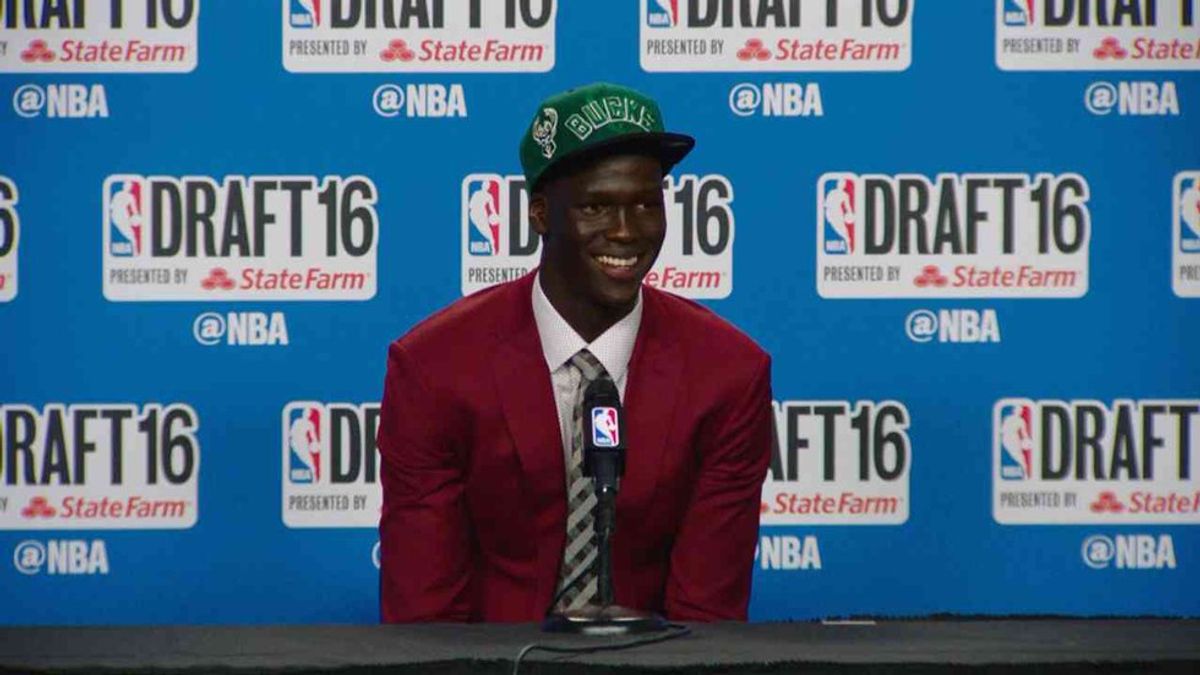 So why did the Milwaukee Bucks pick Thon Maker to add to their roster at the 10th overall NBA Draft slot? I've got two counterarguments to the two most common complaints.

...Or big guys. That we do. And yes, the draft is about finding someone who fits your roster. But what the Bucks wanted to do was build their roster, no matter the open positions (like the much-needed three-point shooter). Thon can literally play any position they ask of him, according to Bucks GM John Hammond in a presser at the practice facilities on Draft Day. He's 7'1", with a wingspan two inches greater than his height. We may already have six guys above 6'10", but we'll take him. We'll use him. We'll take him and use him well, at that.

Thon Maker is the first prep-to-pro high school player in over a decade. And the doubts on this aspect kill me most of all. Why? Because you can't judge a draft pick as soon as they're drafted. You can judge a draft pick two, three years into their franchise debut. We don't know how who Thon Maker will be at the moment his name's called to the stage by Adam Silver. We can wait and see, however. And we must. Look at Giannis Antetokuonmpo: when was drafted, we knew nothing about him. He was just a tall foreign kid with a long name, heading to Milwaukee to make a name for himself. Now he's the Greek Freak. Only time will tell what Thon Maker will become.

When he called into the Bucks on Draft Day, he said he wants to be unstoppable like Giannis. I hope Milwaukeeans don't stop him from believing that.

And, one last question that speculators are still left wondering:

Why not Henry Ellenson?

Why didn't the Bucks pick Henry Ellenson? It's simple, in my eyes: they just wanted Thon. They felt something for the kid and his talent, all other players aside. The Bucks knew Henry was a great player and a probable (although not eventual) lottery pick. They just had their eyes on someone else. I'm happy for Henry and I know the Piston's are happy with him.

I'm happy how this all isn't just a step toward their motto #OwnTheFuture. The future's here. It's now. And it's happening. So, as I've said before and will say again and again: I've got #BucksIn6. And I hope you do too.