You definitely find out who your real friends are. 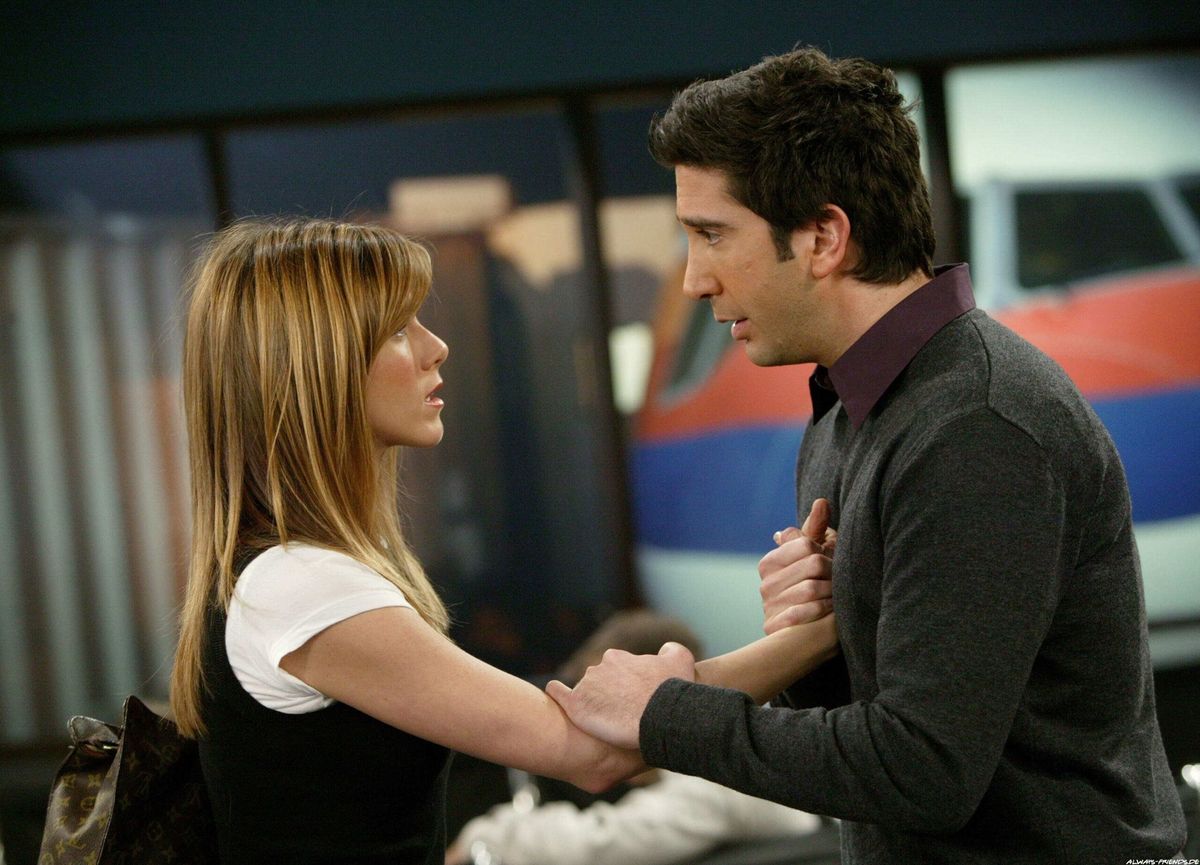 Everyone wants a breakup to be like a sitcom. In an ideal world, you break up with your significant other and since you're in the same friend group, you end up finding a way stay friends. Somehow you're able to gain closure no matter how serious the relationship was, without ever having to step away from the group. You might even end up dating someone else in the friend group, while your ex is totally okay with it. In reality, break ups are much less glamorous.

Here's what it's actually like to break up with your boyfriend when you share all the same friends: it's like a divorce in which your friends are your children that you must fight for custody over. Take these examples of Janet, Jim, and Barbara.

"I knew Janet first, so naturally she stays with me. You knew Jim through school, so you can keep him.

"Barbara.... sorry that we have to do this to you. No, you don't have to pick sides, Barb. You can hang out with me on the weekends and continue to see him after class, or whatever sounds good to you. You're such a good friend for keeping both of us, Barb."

Even though friends like Barbara have been assured they can stay friends with you AND your ex, they are on edge talking to you after the breakup for fear of what your ex will say when he finds out.

For every mutually supportive friend like Barbara, there is a friend like Janet and a friend like Jim. Janet, as seen above, is your ride or die and was always there for you, even when things first started getting rough. Jim is your ex's confidante from class and they spend every waking moment together, feeding off each other's energy.

It's expected that you'll lose touch with your ex's best friend. However, what you don't expect is to gain an enemy when your once-friend Jim starts to hate you for breaking up with his friend. On the other hand, while you would never consider pursuing Jim even if he didn't end up hating you, apparently Janet is free game for your ex to date. Of course she couldn't imagine entertaining that idea because unlike in a sitcom that's just not a good idea.

Then comes the group activities.... the group dynamic falls apart because part of the friend-custody-battle is deciding which events you go to and which ones you have to be left out of. You decide for events with multiple friends needing both you and your ex to support, you will go and be civil, but everyone knows that doesn't actually happen.

In the off-chance that you both show up to the same event, awkwardness ensues. No one wants to ask questions about what happened or how you're doing but since they're all wondering, there's an unspoken tension between your friends and you.

Sure, everyone wishes they could go to the same gathering as their ex and laugh like old times, but the reality is that when you guys come into contact it ends up being a few brief statements out of politeness and then nothing, or worse-- fighting.

Obviously the scenarios of Barbara, Jim, and Janet are wild representations of what happens when you break up with your boyfriend who shares the same friends, but there is some truth-- things aren't just magically better like in a sitcom. You lose friends and your whole group dynamic is changed forever. This is for certain, however: the break up will shed light on who your real friends are, and who your ex really is.