Braving For The Shave
Odyssey

Braving For The Shave 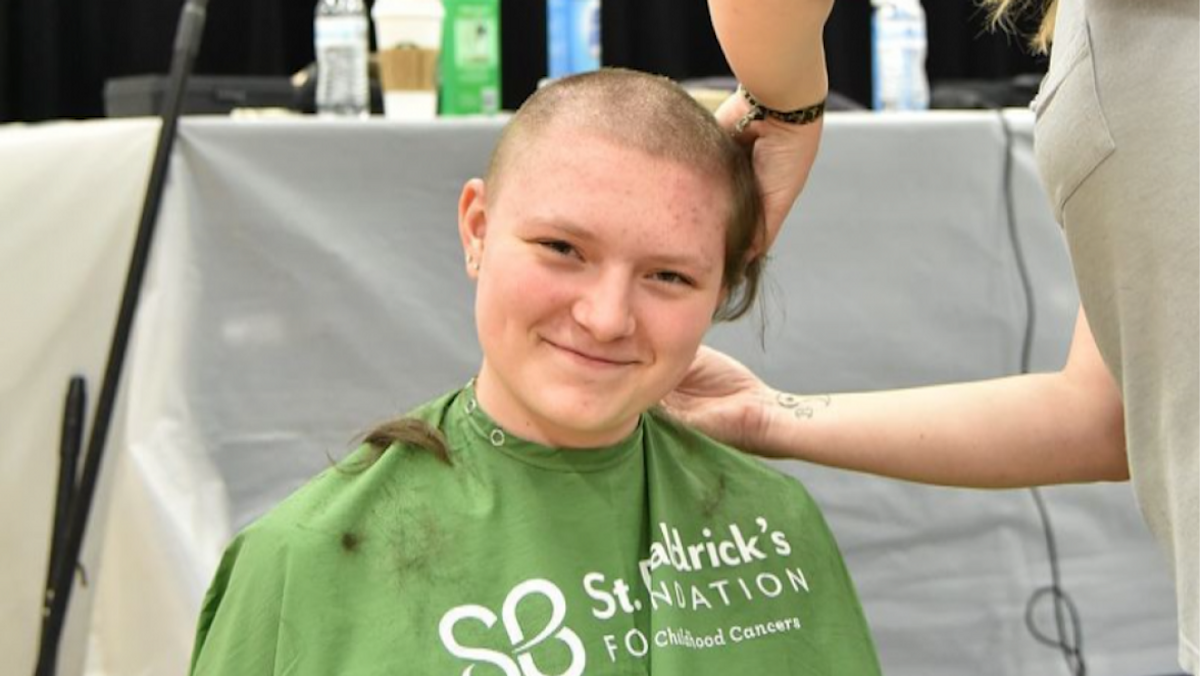 My freshman year in high school, I had a friend who decided to shave her head for an organization called St. Baldrick’s. She raised over $1,000 to go towards finding a cure for childhood cancer.

Most of the people I have talked to regarding children who have cancer, have told me that they feel ashamed or embarrassed about having no hair. Some feel left out or feel they are being judged. Hearing that this was an issue, really opened my eyes to how powerful our actions and words can have on others. With this, I wanted to make a change.

Sophomore year in high school, I made it a goal to raise money for that same organization as my friend and make it a point to anyone struggling that they are not alone and should not be ashamed of having any hair. Leading up to the big head-shaving event, I did everything I could to raise money for the kids. I went to my parents work to ask for donations, I walked around my school with a reused can that said “D’Yanna’s St. Baldrick’s Donations,” I stood up in front of my peers and asked for donations, and most importantly through the power of social media. I created an account with the St. Baldrick’s organization making it easier for people to donate. I signed up a few nights before the shaving at my school.

The day of the shave those who raised the most money got to go on stage and shave their heads in front of the whole school, others got to shave during their lunch periods. My shaving time was during my 6th period lunch hour. My teacher from my math class came down with her students to cheer me on, as well as a few friends from my winter guard team. Walking into the room you get a rush of emotions. I felt the excitement from everyone, along with the nervous. I started to get some regrets and felt like backing out only because I didn’t know how I would look and what others would think of me. I was feeling the same thing the kids were feeling.

I checked in and got a shirt along with some other goodies that came along with shaving. There was a line I had to wait in before I shaved my head. I was next to shave and I could not stop shaking. My palms started to get sweaty, and my stomach started to get butterflies. I thought I was going to throw up. Next thing I heard was “whoever is next, come on over!”

Of course, this was me and it was the stop in the middle of everyone else. Don’t you just love the feeling of everyone watching you? It’s awesome. Not.

Since I had long hair I was they wanted me to put it in different ponytails. I had bangs at the time so just to be funny they tied my bangs up and I looked like a unicorn. Great. My friends all started to surround the area to watch me shave. The lady shaving my head started to grab the scissors and said, “ready for the first cut?” Of course, I said no, because I WAS FREAKING OUT! But let’s be honest, I started to get excited. As mad the cuts you could hear the hair making a crunchy sound as the scissors cut through each ponytail.

After she cut the first the first ponytail she took it and gave it to me. I looked down and immediately started to tear up. As I lifted my head up, I saw the excitement throughout the room. People taking pictures, smiling, hugging, along with other shavees. It was a truly amazing sight that I sure do miss. It’s times like these where people seem the happiest and appreciative of each other.

Once my ponytails were all cut off, the lady cutting my hair asked if I had any special requests before she shaved. Me not knowing what exactly she meant said no thank you. My friends had a different idea. They wanted me to have an inverted mohawk. So, they got what they wanted. She began to shave the middle of my head to be bald and then left hair on the sides of my head. I looked crazy. Once everyone got their laughs and pictures she begins to completely shave my head.

About four minutes went by and the trimmers went silent. That’s when I knew the job was done. Once again, my eyes filled with tears, and everyone in the gym was cheering and clapping. I got up from the chair and was greeted with tons of hugs and of course head rubs. It feels pretty good when people brushed my hair not going to lie. I liked it.

My teacher approached me saying how proud she was of me, along with someone who wanted to interview me. Once it was all said and done I took pictures and sent them to my mom because she couldn’t be there. She was proud of me as well and let’s be honest, I can pull off being bald. The day went on with lots of smiles and stares but I didn’t let it bother me. I knew I did it for a great cause and I loved it.

My overall experience with shaving my head has been an experience every time I have participated. I have participated in St. Baldrick’s shaving and raising money for 4 years now. This organization holds a special place in my heart and I strongly encourage everyone to donate at least $1 to the cause. Any amount counts and the kids and parents do appreciate it. Anyone who has thought about shaving I STRONGLY RECOMMEND IT!

It is one heck of an experience and it really opens your eyes up. Once you start you can’t stop. The energy and emotions one gets after shaving is unexplainable. It is always different for everyone, but I strongly recommend it. If anyone would like to donate simply click here and it will take you to my homepage to donate money and the St. Baldrick’s site. Thank you to anyone who has donated, shaved, or donated their hair to others. You guys are key!