My Boyfriend Cheated On Me, And I Didn't Leave Him
Odyssey

My Boyfriend Cheated On Me, And I Didn't Leave Him

It's a lesson learned. 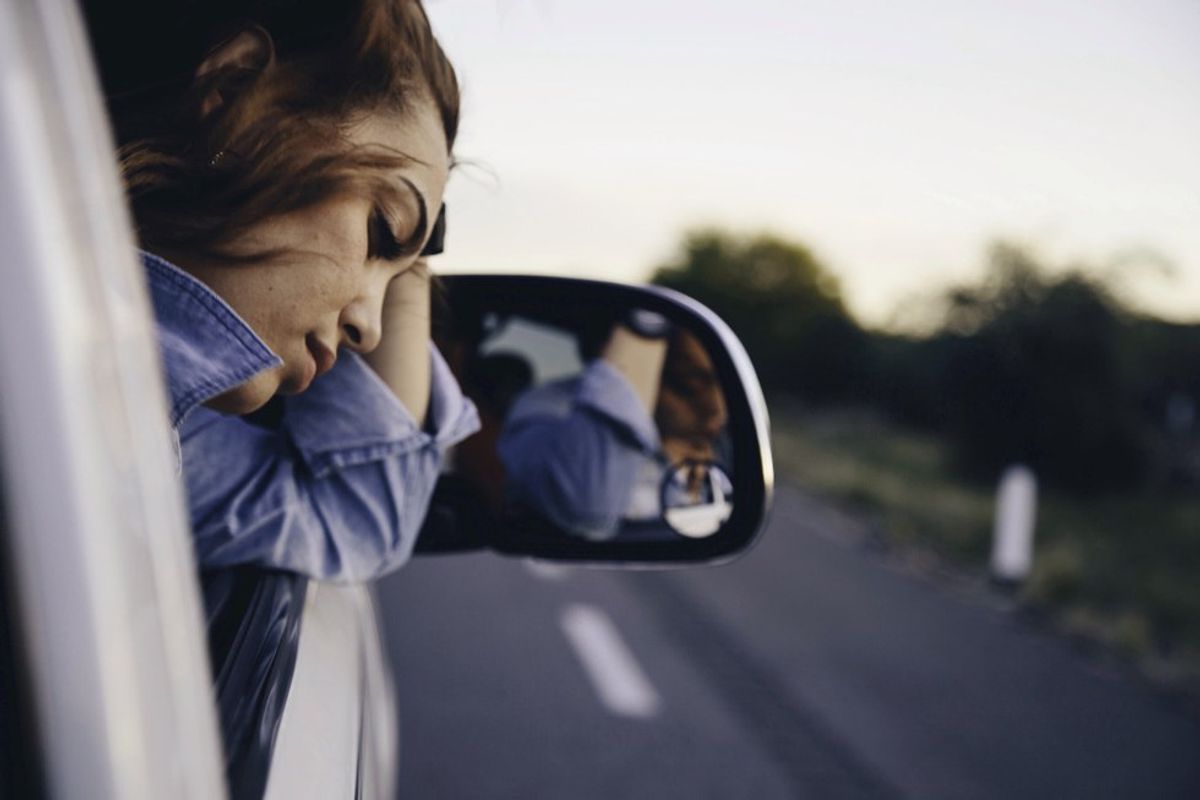 "He's cheating on you" is a sentence most girls/guys don't want to hear. Unfortunately, I heard these words from a third party: my best friend in college.

My best friend texted me one night around 9 saying he needed to talk to me, and I responded. But if I could go back that night, I wouldn't have answered him.

My ex-boyfriend and I were only dating for a couple of months until I realized that there wasn't anything between us, but the both of us still wanted to date because we knew we could work it out. Maybe. I always told my friends that I liked him, because it was true, but when we were together, our connection wasn't as strong as it was behind a cell phone. Thankfully he couldn't physically abuse me through a cell phone like he did in person. I thanked God that this relationship was during the cold weather. I could cover my bruises up on my arms with long sleeve shirts.

I never really got the reason why a boyfriend or a girlfriend would stay with their partner if they were being physically, mentally, or emotionally abused, but now I understand. You are totally brainwashed by that one person. You know the answers they are looking for and the actions they want from you, so now you think you're "in the clear", thinking nothing will happen to you. You're not. Even if your partner isn't saying or doing anything to you, you're doing all of those things to yourself. You get mentally drained thinking about how to act towards that one person when you see him/her and wondering if your answer or action will ever be enough that day for your partner. But every time I saw him, he would make me feel loved, cared for, and important. I fell for it all the time. Before and after he abused me physically and emotionally, I would tell myself "It was only for ten seconds." I would say to myself, "only ten seconds out of the 86,400 in the day." He made me feel loved, cared for, and important all the other seconds.

My best friend found about my (then) boyfriend cheating on me by his friend. She was talking to him about a guy she met, at a bar, through her roommate. She told him she had received text messages from this guy saying "I would love to meet up with you," "you're beautiful," blah blah blah. But then she said a name that was familiar to my best friend, and it was my ex-boyfriends'. A few weeks later my ex was sending her text messages saying he loved her while still dating me, and that was the night my best friend texted me.

I didn't mention anything to him that weekend when we met up. We hung out together, like we planned on doing, both of us acting like nothing had happened. I think I was waiting for him to mention something about it, and when he didn't, I also didn't. And I left without yelling, cussing, or giving him a hint of anger about finding out what he was doing. I didn't try to break up with him either.

I would always think to myself "maybe he loves me more than he loves the other girl" and that was the only rational thought I could think of to not break up with him, and it worked...until two days later. HE was the one to TEXT me and say how he didn't think it would work out between us, how we didn't want the same things in a relationship. And I STILL didn't mention I knew he was talking to another girl.

"I wish you the best, you deserve it" were my last words to him.

I didn't tell my parents about the abuse, and I never will. The relationship is in the past and so are the bruises. To all the boyfriends and girlfriends out there, if you even consider that something is wrong, you're probably right. If an outsider is telling you red flags about that person you're with, listen to them. There is no doubt that you are blinded by the person that is standing next to you and saying "I love you," or "I care about you." You need to listen to your friends and family because they are the ones looking into your relationship and seeing all sides of it.

This relationship definitely changed my personality and attitude towards my current relationship. Because of one person, I take all the negatives from one relationship to my current one, which isn't fair. However, I can say I am so happy and relieved I am the happiest I've ever been in a relationship.

You will ALWAYS deserve better than how you are being treated in the bad relationship you are in, and I didn't realize that. Take it from someone who has experienced it before you learn it from experience, too.

Caitlin Marie Grimes
University of South Florida
6498
Beyond The States