For The Girl Who Put Herself First
Odyssey

For The Girl Who Put Herself First

Sometimes the best things are the ones we never saw coming 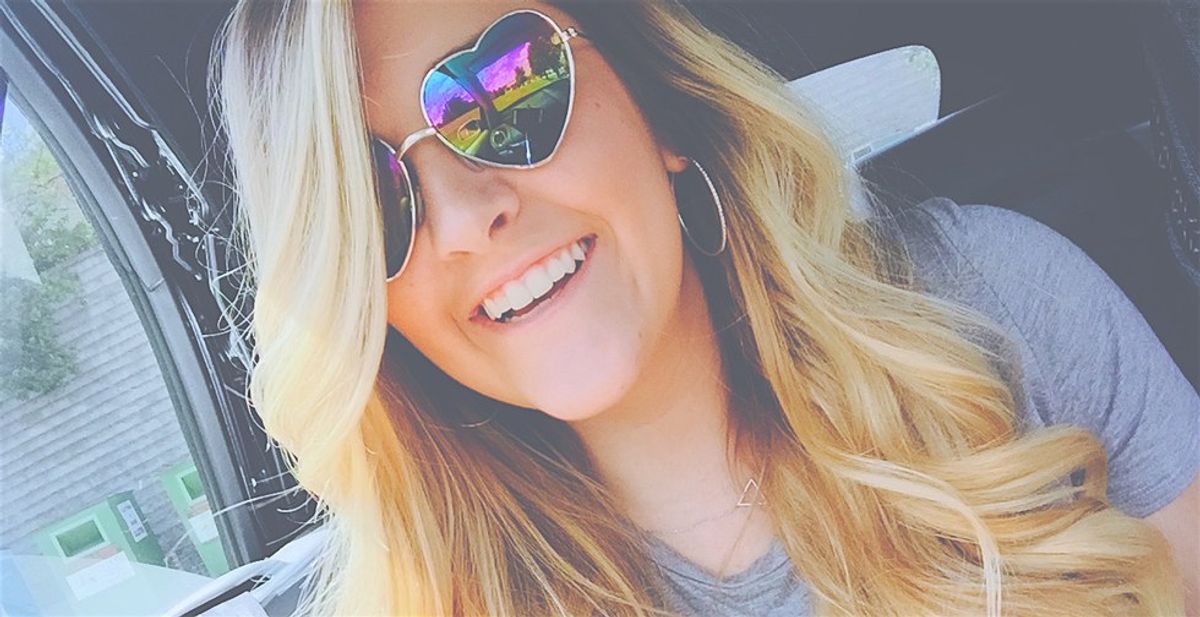 Everything happens for a reason, I repeat this a lot mostly because of how true it really proves to be. We go through things in our life we didn't expect to, we lose people we thought we'd never lose and meet people we thought we would never meet. It is a part of life that is impossible to explain, but we have to trust that this is our plan; we can't change it or make it go exactly how we personally would like it to, but like I said, everything happens for a reason.

I have been through my fair share of heartbreaks in my 21-year-old lifetime, and the older I get, the explanation for why they didn't work gets more and more clear. Someone once told me that in our lifetime we will have three different loves, a first love, a bumpy one, and one that hits you out of nowhere but feels too great to even explain. Hearing this blew my mind, not only can I relate to the theory, but so many other people can too.

I was fifteen when I met my first boyfriend, he and I were both so shy, young, and innocent. He gave me butterflies and made me nervous like I had never been before. It was the typical first love, first time we held hands, first kiss, and of course, first "I love you."

We met in Church and went to different high schools, so we had a fair amount of distance, and things just worked. We always found a way to see each other, snuck around a time or two, he was the person I always got in trouble for missing my curfew for. We rarely ever argued or had issues, and if we did it was for silly things, like not using a smiley face in a message, or not being able to make plans. about three years in those arguments grew old, he went to college and met new people and I was finishing out my senior year of high school. He told me he wanted to take a break and eventually broke everything off completely. The pain I felt those few months was the worst, and being honest I wouldn't wish it upon anyone. I was extremely hurt, to say the least, but what I know now that I didn't understand then is it just was not meant to be. We are two completely different people and things worked the way they were supposed to. I know he loved me at one point, and he will always have a place in my heart, but life just doesn't always go the way we plan for it too.

I spent my freshman year of college as most freshmen do, making bad decisions and learning from my own mistakes. It wasn't until sophomore year that I met someone new who drew me in mostly by the words coming from his mouth. I should have listened to my head over my heart on this one, but I was confused and settled.

I made myself think it was a great relationship, and while I won't lie I was happy some of the time, I spent most of it making social media think I was happy and struggling to make him feel special. It was never enough for him, he took advantage of me in every way possible and I just let him. I spoiled him rotten and found myself broke, only for him to tell me that was my fault. It was, though. He was abusive, he made me feel so small. I let him build a web of lies while I was stuck apologizing for something every time I was upset at him for doing something wrong.

He picked me apart and tried to make me "the person he fell in love with" little did he know I was still here, but the way he treated me made me seem different. He took advantage of me, he belittled me to the point that I cried every single day, and he got mad at me for it. Sometimes he was so mad when I cried that he would tell me to "Get the f*&% out" and block my number until he felt wanted to talk to me again.

I let him do these things. I let him make me feel this way because I was naive, I thought that love could fix it all, hell I thought he was being loyal to me! We got to the point where we argued more than we laughed, no matter how much I tried to make it look like we were fine, people knew we weren't.

I spent a lot of time after that break up going back and forth with him, he realized what he had lost and tried so many times to get me back, but the more I turned him down the more I fell in love with myself. I was happy, I made new friends, I laughed more than I had in over a year. I told myself I wasn't going to date for a while, I felt like trusting someone was something I wasn't ready for. There were so many people who would try to talk to me, and every time I found something wrong with them and immediately kicked them to the curb. I was more focused on myself than anything, and I liked it that way.

There was one person who always chatted with me from time to time, but in no way did I ever see it going anywhere, I didn't think of him that way, and I don't think he did me either. We started hanging out a little, more and more over time, and eventually had to admit to each other that it was more than just a friendship we had. I was skeptical for a while, but the more we both opened up to one another, the more I got to know him, the more I realized he was different.

You see, anyone else I have ever dated I have ignored their flaws and just focused on the good to make myself feel better. I have always had to explain myself and try to make things the least awkward I could. With him it was different, he made me feel different, we had this connection neither of us could explain to anyone else we just knew it was there. We both agreed things are never awkward, we just get each other, things just felt right.

I'm currently still dating him, things have progressed in such an amazing way, and I am not exaggerating when I say I have truly never felt this happy, or sure about someone. We selflessly put up with each other and listen to each other without hesitation. Neither of us has to try, we want to; he said it best one day when he described our relationship as "Gears in a clock, they always keep moving while fitting together perfectly." I could go on and on about the highlights of our relationship, but you get the point. I never in a million years saw myself dating him just months ago, and now I couldn't see myself without him.

He came into my life out of nowhere, and letting him in was one of the best decisions I have ever made. I am comfortable, I don't worry, we motivate each other and laugh more than average daily. I don't know exactly what my future holds, I don't even know my exact plans for tomorrow, but I know where I am right now is somewhere I want to stay for a long time.

It turns out so far, this "Three love" theory is proven right to me; I have a long way to go, but I am glad lessons I've learned have brought me to where I am today. This world is full of choices, full of ups and downs, full of wrong decisions. We may not always marry the first love, our lives are ever-changing and can turn on us in the blink of an eye. Don't ever let anyone take advantage of you or your happiness.

Getting out of situations can be the hardest thing to do, and sometimes you won't on your own, but once your out, understand it was the best thing for you. Love yourself first, I can't push this enough. You can never truly love someone until you first love you, and you're happy. Always keep in mind that everything happens for a reason, even if you don't know that reason yet. Take chances, you never know what you may uncover when you do!

Emmaline B
The Narrative
76742
https://unsplash.com/photos/O0T1SIgHAfM