Propaganda fueled consumers globally to turn off their taps. 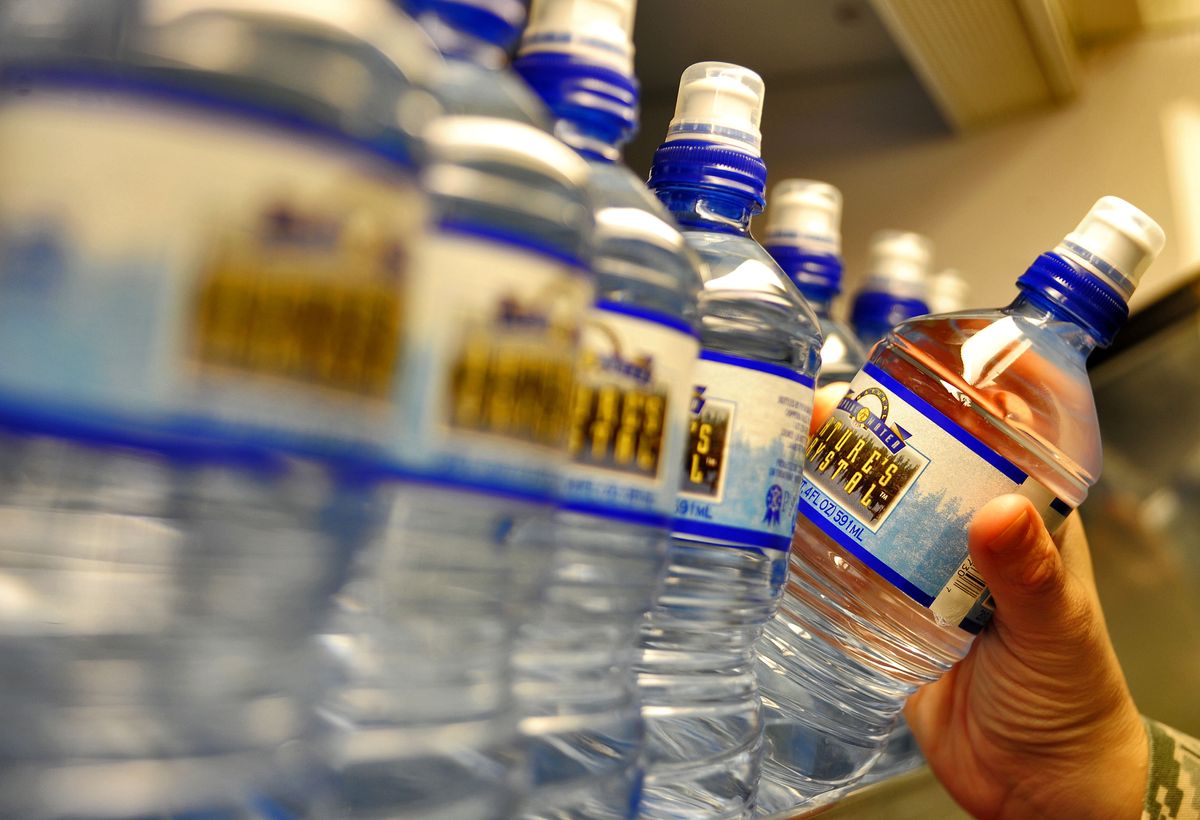 Whether it's out of convenience or habit, many of us instinctively reach for bottled water instead of tap. What caused us to turn our backs on the kitchen sink or public drinking fountains? Bottled water companies insisting tap water is unsafe, and large bottled water companies like Pepsi, Coca Cola and Nestle have been on a smear campaign against tap water for decades. Their goal? Make consumers fear their tap water, and they'll have to turn to the bottle. "When we're done," Quaker Oats' U.S. beverage division president Susan Wellington said, "tap water will be relegated to showers and washing dishes."

The attacks on tap water worked. Bottled water has surpassed all other bottled beverages in consumption, including alcohol, sodas and juices. Consumers in the United States alone drink half a billion bottles a week. If all those bottles were lined up, it would be enough to circle the globe five times.

Is bottled water really safer than tap water? In some areas, yes. These are areas with little to no access to clean, safe drinking water. However, bottled water has weaker regulations under the FDA, while tap water is held to strict regulatory standards under the EPA, and sometimes that makes a big difference in quality as the people of Cleveland, Ohio uncovered.

Fiji created ads reading, "The label says Fiji because it's not bottled in Cleveland." Outraged, the citizens of Cleveland jumped to defend their water, putting Fiji water up against not only the city's tap water, but their other competitors Dasani, Aquafina and Evian. Studies found Fiji water contained 6.31 mircograms of arsenic per liter, while other waters tested contained no measurable amounts. The results spoke for themselves, and Fiji abandoned the Cleveland ad, defeated.

Fiji water, despite my previous beliefs, is truly bottled in Fiji. The bottles are decorated with tropical flowers, designed to aid in the company's image of clean water, untouched by man. Other companies have adopted this "clean green" look, including a variety of mountainous streams, remote islands, wildlife, leaves and snowy peaks.

These ads can be deceitful, giving the illusion of natural water supplies from remote areas. 33 percent of all bottled water is from the tap, and some of the brands might surprise you. Brands like Pepsi's Aquafina and Coca Cola's Dasani are both filtered tap water, the same tap water that's available in your kitchen sink.

If tap water is the 'enemy,' why is it being bottled and sold to us at almost 2,000 times the original cost?

Bottled water has a darker side. The production of plastic water bottles requires petroleum, so much that bottling water in the United States uses enough oil to fuel one million cars. Americans buy an estimated 42.6 billion single use bottles each year, and 80 percent of those bottles end up in incinerators or landfills.

Plastics (including the water bottle) do not decompose but break down into micro-plastics which can make their way into our oceans, streams and even food. Fish and birds alike have been found with stomachs full of plastic pieces, including water bottle caps. Plastic has a lifespan of no less than 500 years. That's not even a fraction of time spent in the hands of the consumer.


Bottled water can pose serious health threats outside of their environmental impact. Have you ever left plastic water bottles in a hot car? Chances are, the plastic encasing your water has leeched Bisphenol A, more commonly referred to as BPA.

Scientists around the globe have linked BPA to numerous health defects discovered in exposed rodents. Cancers, genital defects in males, early puberty development in females, obesity and even behavior problems such as attention-deficit hyperactivity disorder (ADHD) have all been documented.

Water bottles may be convenient, but what is the true cost? Recycling your water bottles is a step in the right direction, but you can do more to help lessen the environmental impact of the bottled water industry. How can one person help? You can: stop buying single use bottles – instead buy a reusable bottle (take it to work, school and use it at home). You can also press representatives to fund public water maintenance and upkeep, start a group to boycott bottled water in your community and urge elected officials to install more drinking fountains or educate others on the bottled issue! Be the generation who makes a difference, one bottle at a time.