To be a supportive significant other, it's important to know about what this disorder entails. 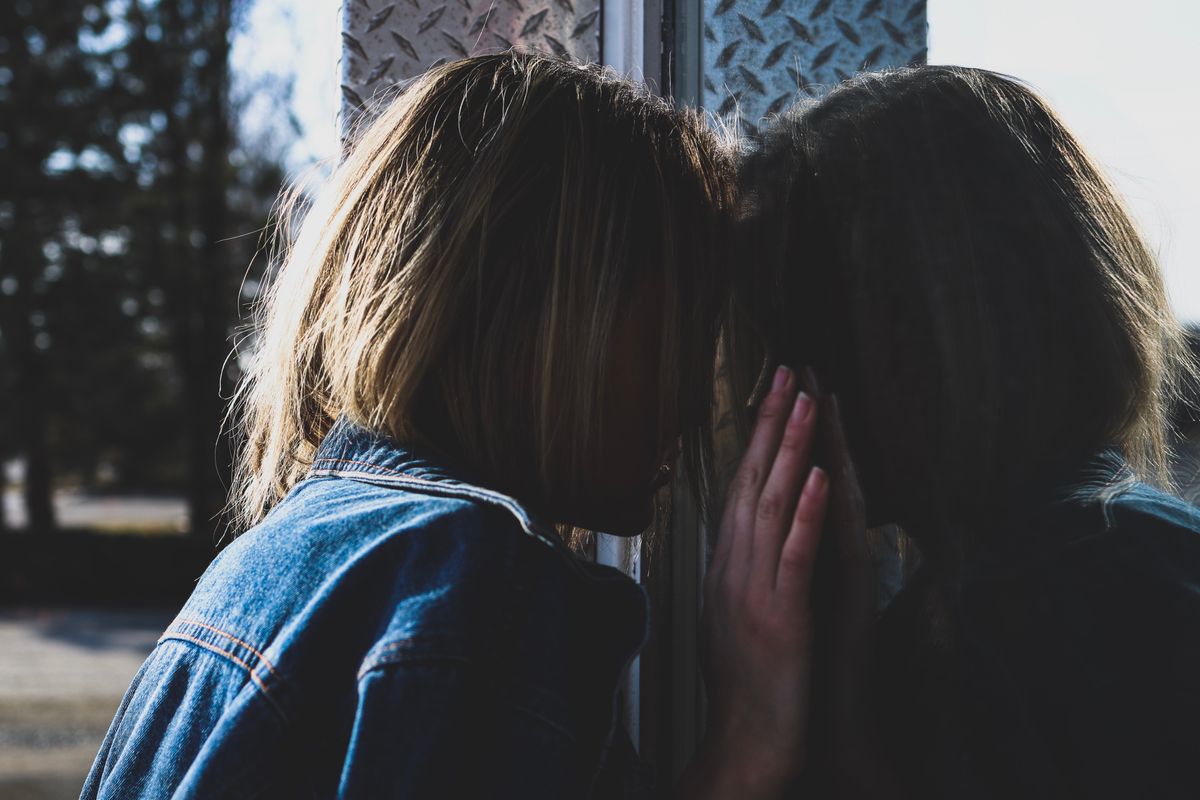 With this being said, I still have my days where the illness peeks its head out, and I realize that it affects my relationship when it does. I thought I would share my knowledge on the illness in order to inform others of a few things they should know before dating someone with body dysmorphic disorder.

Body dysmorphic disorder is defined as a mental illness involving an obsessive focus on a perceived flaw in appearance. We're not talking about the typical insecurity everyone has; this flaw can be either apparent or non-existent, yet through this disorder, it is blown out of proportion in the victim's head. It can cause anxiety, depression, and avoidance of social situations due to this obsession with body appearance.

Social withdrawal is a big one you should know about, as the person suffering is most likely avoiding situations in which people may see this flaw. For me, I avoided any situation with cameras for fear that I would have to look at my flaw, causing me to fixate and obsess over it even more. It is helpful to have someone calm you down in social situations in which they are panicking and to confront the situation and try to move on from it.

While you may have never heard of it before dating this person, BDD affects 1 in every 50 people. Knowing this, you can fully grasp how big of a problem it is and that he or she is not unlike everyone else. It is, sadly, very common, but knowing this, you can help him or her reach out to others with this problem.

4. No, telling him or her she looks great isn't going to help.

While it is nice to hear, someone with BDD is not going to believe you or retain the information you are giving them. You might get annoyed that they do not take your compliment to heart when you explain to them for the 50th time that the flaw in which they are obsessing is non-existent, but understand they are not being needy. It is still nice to hear, but don't expect the affirmation to fix everything.

Just like depression, just like anxiety, it is a mental health illness — not a problem with vanity. It is an obsession, it takes over your thoughts every hour of every day, and downplaying it to make it sound like he or she is being vain makes it even worse. When you find yourself being frustrated with this fixation, remind yourself that, just how you would approach someone experiencing an anxiety attack gently, you must also approach this situation similarly. It is a mental health problem.

6. How to help to the extent that you can.

While I may not hold the answers on how to support everyone with body dysmorphic disorder when I do have times in which I am struggling with it, something that really helps is when my significant other acknowledges it rather than writing it off as a flood of compliments to try and pipe me up. Acknowledging that their skewed image of themselves is real and not blown out of proportion while also pointing out things that you love about them other than their body image is important. (As discussed before, physical compliments are nice but the victim will seldom believe you.) I may not be a doctor or licensed to advise on what works best for everybody, but I know that focussing on something other than my aesthetics helps a lot.

7. That you need to watch out for eating disorders.

As stated earlier, eating disorders and body dysmorphic disorder go hand in hand. As their significant other, for precautionary purposes, it is a good idea to make sure that he or she is keeping their self-care in check, and that their disorder is not causing them to form an eating disorder. While it can be scary to have these kinds of conversations, at least in my experience, it has always been helpful to have someone to keep in check with your self-care.