The song behind the meme 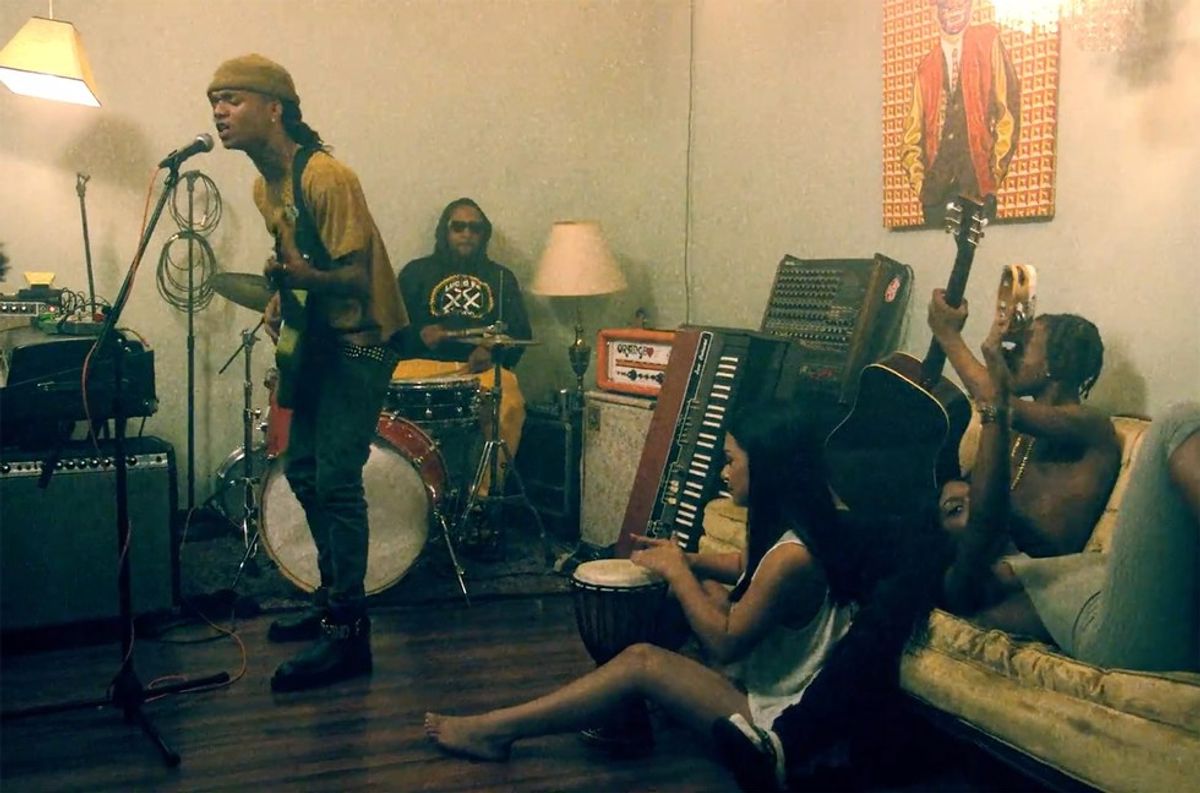 Trust me, I KNOW we have very important post-election topics to discuss (and some articles I shared on Facebook recently highlight this). However, sometimes all we need to do is continue living life and celebrating the small victories. Like a new chart-topper!

Yes, The Chainsmokers and Halsey have finally been lobbed off the top spot after endless weeks at No. 1. I've made my thoughts on the song known when it first ascended. Now that we have its replacement, let's celebrate what we have.

Which might be a bit hard to do. Not that the song isn't bad; it's actually excellent, with some sturdy qualities to it. The chorus might get implanted onto your brain at some point, but the music is positively hypnotic, with a percolating background loop that gives a depth, brooding and atmosphere that truly elevates it. As for Gucci Mane, his rap is serviceable but pales compared to the other qualities of the song. However, the reason that Rae Sremmurd (I have trouble pronouncing it to) and featured rapper Gucci Mane hit the top spot with their song "Black Beatles" was because of yet another meme that have spread throughout the Internet. The "Mannequin Challenge" is where you stay perfectly still, likely while a song plays (like “Black Beatles”) and the camera moves around the room. Somehow, it's taken the country by storm, with people taking part in it ranging from Michelle Obama with LeBron James and the rest of the Cleveland Caveliers (albeit to different music) to even a hospital room with a pregnant Blac Chyna ready to give birth! The song meme trend was annoying before, and it didn't deserve to propel "Black Beatles" to No. 1 since the song it good enough on its own.

It seems that Rae Sremmurd favor injecting atmosphere into their songs, like their previous biggest hit. "Black Beatles", fortunately, bucks the trend that has snuck up on 2016 harshly. Drake. Sia. The Chainsmokers and Halsey (see "thoughts" link above). All of them achieved their chart-toppers with songs ranging from good to meh, but getting the top spot after coming out with songs that were much more deserving of the top spot. Rae Sremmurd have perhaps their best single out of their big hits yet snatch the coveted prize, but they could've done without having their chart-topper be a meme (though to be fair, any endless stream of "Mannequin Challenge" videos is still preferable than having to sit through the truly awful breakthrough hit by D.R.A.M. feat. Lil Yachty, made even worse by the video). As for Gucci Mane, since this critic doesn’t really mean to him, the jury’s out on that one.

We still have weeks left in the year. If the "Mannequin Challenge" wears out its charm (which it will), I'm sure that another hit will capture the nation's attention. Daft Punk might've also become victims of the trend being featured with The Weeknd, but given its decline from being No. 2, that probably won't happen. Ariana Grande and Nicki Minaj might get swallowed up as well, but despite their catchy collaboration (and a funny T-Mobile commercial), they might not reach it this time. So what's a pop lover to do? Fortunately, we can listen to "Black Beatles" and wait for what Rae Sremmurd (and Gucci Mane by association) will release next.

Update: This article didn’t talk about Gucci Mane’s contribution. I regret the error, and will be more thorough in the future.