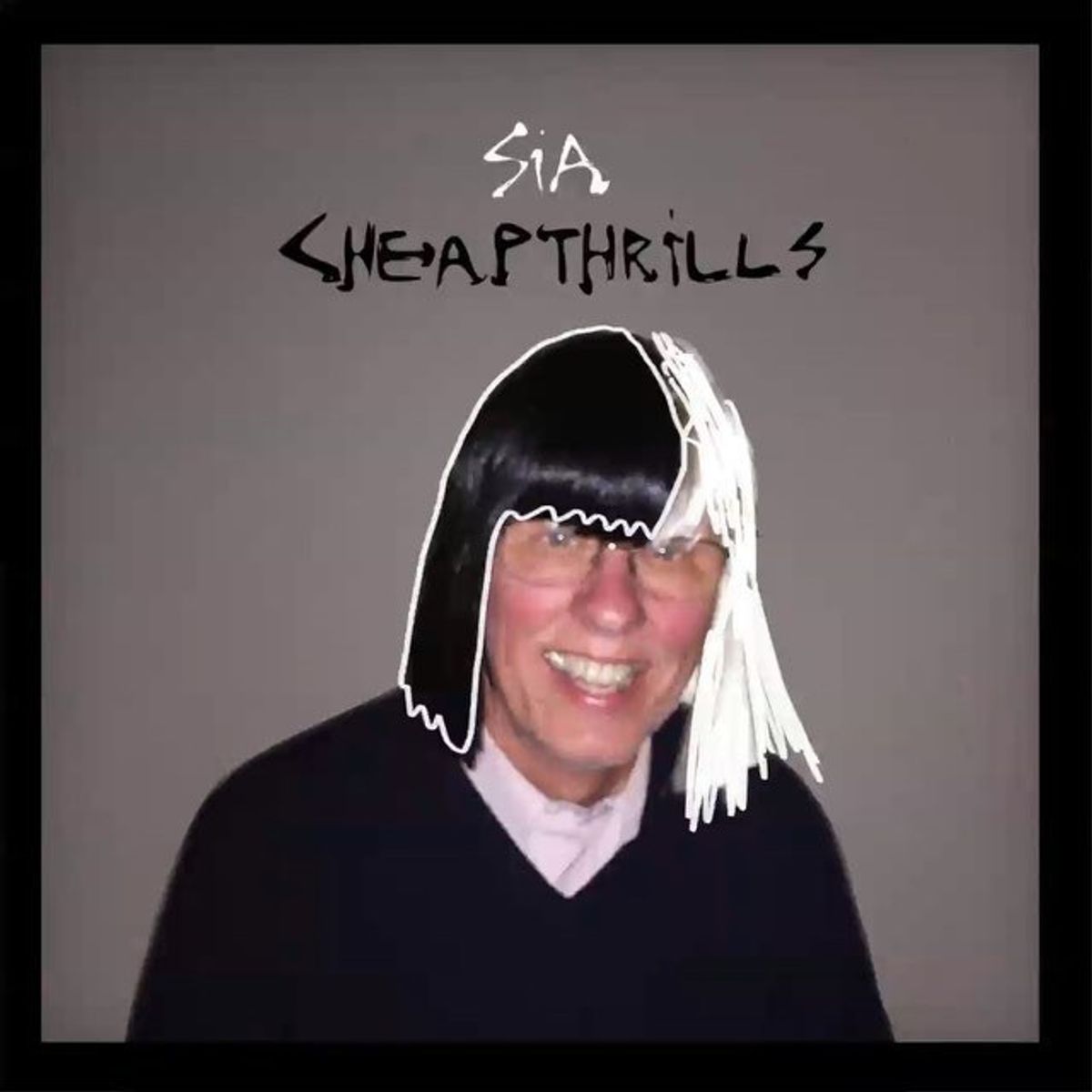 After weeks of no movement at the top, the Billboard Hot 100 finally has a new chart topper. "Cheap Thrills" by Sia (and, depending on which version you listening to, Sean Paul) knocked Drake's "One Dance" (which I previously discussed) off the No.1 spot.

The song's achievement is notable for a number of firsts, including Sia being the first Australian artist since Iggy Azalea to reach the spot, as well as Sean Paul being the first Jamaican since this Song of the Summer contender (though the song we all know was possible via a remix by a German artist), and Paul's first No. 1 in a decade. It's quite the feat. The burning question, though, remains: How?

Before we delve into how unusual this No. 1 is, let's talk about the song's strengths. The beat is catchy and rhythmic, a reggae/dancehall concoction that's another sign that we're in a revival period. When Paul is included, his interjections further add to the song's tone and mood. Also, Sia should be rightfully regarded as one of the best singers in the industry right now, and even when she doesn't release that wail that leaves others in her wake, she still shows off skill and assurance. Furthermore, co-writing the song with Greg Kurstin, who collaborated previously with other pop luminaries including Kelly Clarkson, Pink and Adele, Sia litters the songs with different little hooks to keep the song memorable. The shouted exclamation, "I love cheap thrills!" comes to mind. On paper, it all sounds like a recipe for huge success.

In practice, it's more left-field than that. Sia's previous hits, including her solo breakthrough, have leaned more heavily on the melodrama, whether it was gigantic hooks (even if she's only a featured performer) or letting that huge voice run wild. This is easily one of her most restrained singles in recent memory, and yet it works. That restraint means that the hooks aren't as unforgettable, and the chorus doesn't seem to inspire sing-along (or scream-along) moments as much as her previous hits. It's a song that works your way into your memory, music video or not.

Does that mean it's this year's Song of the Summer? Quite frankly, no. The song is catchy and memorable, but not one where the chorus comes on and everyone will start singing. It's not really a song you roll down the car windows to. There's also a disturbing trend that's happening right now with pop singles: the most popular of them don't seem to be these perfect little gems that will define a moment in time or hold up in a way that will make them future classics. Will Sia and Drake's recent hits be remembered the way that another Australian (with another artist from New Zealand) from a few years ago was? Or when Adele first dominated the world? I'm not confident that they will. Looking at what's on the rise, the next chart topper might be the newest Calvin Harris confection that he did with Rihanna, which is much more lightweight and not as epochal as their last collaboration.

Still, it's hard to get mad or annoyed with "Cheap Thrills." It's good that Sia has reached the top spot after being in the industry for so long. Hopefully, we won't have to wait another two months before we see who tops the charts next.