shows to watch on netflix
Odyssey

The Vampire Diaries is a teenage paranormal drama about a high school teenager, Elena Gilbert (Nina Dobrev), who finds herself caught up in a paranormal world of creatures that go bump in the night. With romance, teenage angst, and mild horror, what isn't there to like? For all of you Twilight haters out there, trust me―this is the Vampire series that won't make your eyes roll.

Now, if you've perhaps already delved into the world of mystical drama in The Vampire Diaries, then the show's spin-off is definitely worth looking into. The Originals focuses on the family of the world's first vampires as Klaus Mikaelson (Joseph Morgan) returns to his former home of New Orleans, Louisiana to find that he and his family no longer hold reign in their city as they once did. The Originals takes on a grittier theme than The Vampire Diaries, often exploring paranormal elements in a manner that will surely keep you on the edge of your seat. 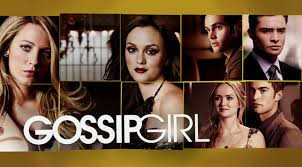 For those of you drama-obsessed, Mean Girls-loving individuals, Gossip Girl will be right up your alley. This high school drama focuses on Serena Van Der Woodsen (Blake Lively), a popular socialite who returns to the Upper East Side, New York from boarding school and back into a world of elitism and debauchery. The teens deal with romance, sabotage, and the seemingly omnipotent anonymous blogger, Gossip Girl, as they struggle to balance lives of love, scandal, and privilege. 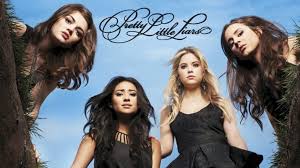 As I'm sure you've probably heard, Pretty Little Liars holds a high ranking for teenage television drama. The show focuses on four former best friends only a year after their group's ring leader, Alison DiLaurentis (Sasha Pieterse), has gone missing. As the four girls aim to find out what happened to their missing friend while being blackmailed and tormented by the anonymous "A," no one's lies are safe from being exposed. With more secrets than truths and enough romance to provide all the angst you could ever want, this show is perfect for you drama-loving viewers. 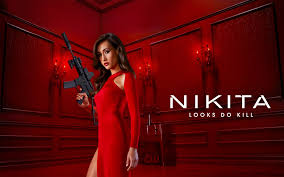 While Nikita doesn't exactly fall into the same category of teenage drama as many other shows on this list, the action-packed thriller will still most definitely keep your eyes glued to the screen. Nikita focuses on an ex-agent of a covert government organization, seeking revenge for the agency's duplicity and corruption. With the help of friends inside of the organization, Nikita works endlessly to bring this agency to its knees, often putting her own life on the line in the process.

If you love criminal dramas and action-packed scenes, Nikita may be just the show for you.

Based on the original 80's teen drama, Beverly Hills: 90210, this show continues to tell the stories of the entwined lives of privileged high school teenagers in Beverly Hills, California. Dealing with topics both minor and serious, 90210 connects to the hearts of both the current generation, and those who grew up watching the original series. 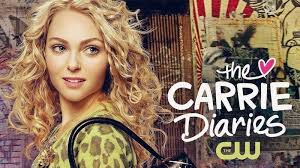 While The Carrie Diaries had a short run of only two seasons, the show's wittiness and quick humor make it entirely worth delving into. The Carrie Diaries travels back in the time of the 80's to the teenage life of Sex And the City's Carrie Bradshaw (AnnaSophia Robb) as she dives into the world of New York fashion and high school romance. If any fans of Sex And the City are looking for innocent humor, puppy-love romances, and fashion simply to die for, this show will be perfect for you.

Loosely based on the life events of Queen Mary of Scotland, Reign brings an exciting new twist of history as it focuses on the marital arrangement of Queen Mary and Prince Francis of France as the two countries form an alliance. Delving into magical mystery, forbidden attraction, and the hunger for power, Reign is the historical fiction drama that you will undoubtedly keep you glued to your seat.