Mind Detoxification: Beware Of The Social Media Rabbit Hole
Odyssey
CurrentlySwoonLifestyleHealth & WellnessStudent LifeContent InspirationEntertainmentPolitics and ActivismSportsAdulting
About usAdvertiseTermsPrivacyDMCAContact us
® 2023 ODYSSEY
Welcome back
Sign in to comment to your favorite stories, participate in your community and interact with your friends
or
LOG IN WITH FACEBOOK
No account? Create one
Start writing a post
Politics and Activism

Our own lives are all we need to worry about. 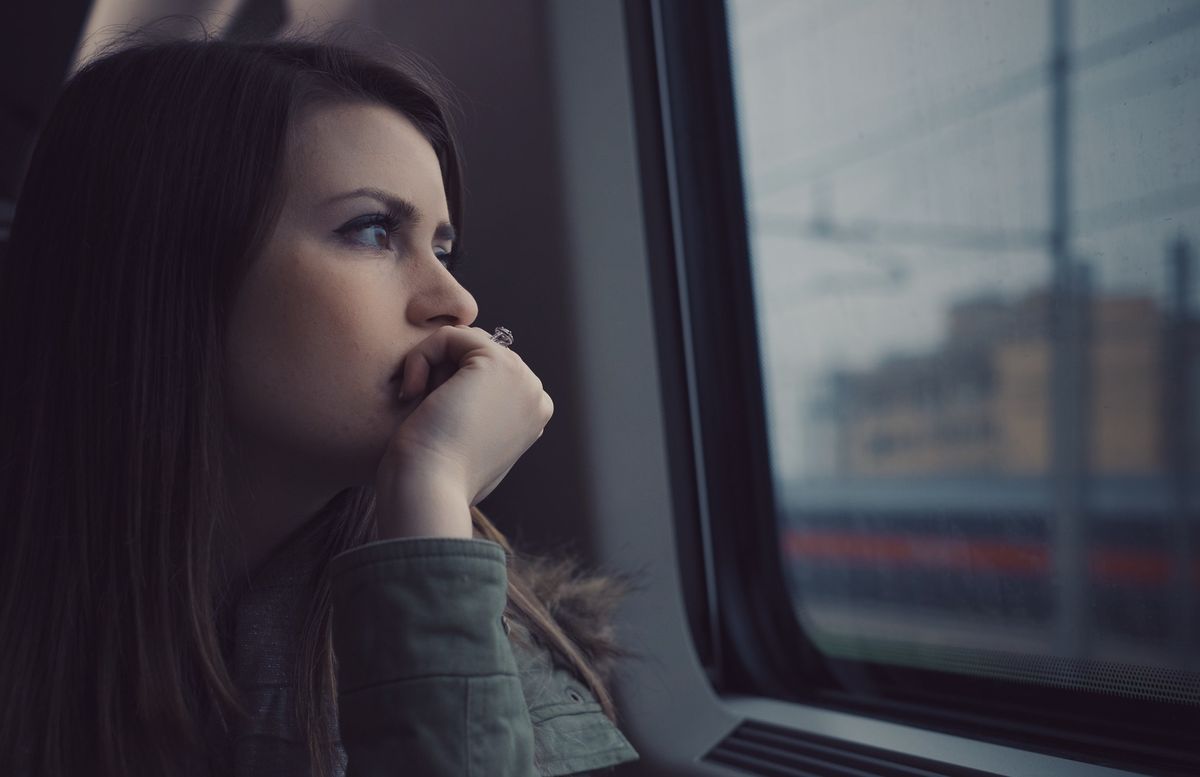 I worry. I'm a worrier. Worrying takes up an embarrassingly high percentage of my time.

It's something I'm fully aware of about myself, and a problem that I realize is both irrational and wildly counterproductive.

It doesn't take much of anything to make me worry. Things in my life can be going completely perfectly, and I'll still find something to worry about. I worry my car isn't going to start in the morning. I worry a person is going to roll through a stop sign and hit me (probably because of how often I see people actually roll straight through signs or lights without even looking). I worry about everything I have to do at work tomorrow, even if there's nothing out of the ordinary going on. I worry that I'll make someone angry for no particular reason.

So why on earth would a person like me actively seek out troubling information to make themselves worry even more?

I have no idea, but I do this, and I do it regularly.

In keeping with a theme I'll be repeating throughout the year pertaining to my New Year's resolution, I'm taking actionable steps each month to just generally take better care of myself. When I talk about taking care of myself, I don't mean it for external means (exercising more, being more active in general, etc.), but internally...mentally.

As I admitted in last month's New Year's resolution post, I have a big problem with actively choosing to read comments on news stories or generally controversial posts on various social media platforms just to confirm my suspicion that trolls are among us. As I said, there's no good reason for me to do this, but it's almost an addiction.

I often don't even read the articles first before clicking on the comments and reading the horrible trash people are spewing out about different races, genders, identities, sexualities, etc.

Since posting that article, I'll admit I've slipped up a few times, almost subconsciously, but by and large, I've avoided this habit. And in just a month, I can already feel a bit of weight has been lifted off my shoulders. That weight was filled with anger and frustration toward people, and sadness from knowing how easy it is for some people to just actively want to attack and hurt each other, even just with words.

I still know this kind of vitriol exists. Choosing to remain ignorant, in this case, is not bliss, but I've just decided not to actively participate--even as just a witness--in this sort of dialogue. It's not helpful, and it certainly does me no good. I can feel the difference. I'm less angry about things in general. And, wouldn't you know it? Avoiding reading these kinds of things has, as a byproduct, reduced the amount of time I spend on social media in general.

But I'm not ready to quit social media just yet. Instead, I'm continuing to take steps that can make my time spent on social media if not more positive, at least not so frustrating.

This month, my goal is to avoid this weird social media rabbit hole I crawl my way into. And this is a weird one that I almost feel shouldn't warrant its own article, but upon thinking about how many other people I know also participate in this habit, I know it's not just me. We just don't talk about it. We're all a bunch of creeps.

Roughly a decade or so ago, when MySpace was still a thing, I remember there being a local news story here in Denver about a car crash involving a teenage girl who was drunk and driving the wrong way down the highway and killed the entire family in the car she hit.

The girl's name was in the article, and for whatever reason, I felt compelled to look to see if this girl had a MySpace page. Which, of course, as a teenager, she did. And interestingly (or horrifyingly, rather) she had JUST posted an update the day of the accident saying she was stoked that she got her license and her parents bought her a new truck.

She got her license, got a brand new truck, and made a decision THAT DAY to drink and drive, and ultimately killed a whole family.

I hated her for it. I had never heard of this person before that day, but I hated her.

Since then, it's a common thing for me to read about something in the news and do a Facebook search and "stalk" the person's profile.

Most recently, there was a story of a young woman named Natalie Bollinger who went missing on my birthday in December.

Out of habit, I looked up her Facebook page, and immediately got sucked into a crazy story that I didn't need to know about. Her most recent post on Facebook was about a man who had been stalking her, and the post included the man's name.

As you can imagine, I immediately looked at the man's Facebook page and started reading comments on his most recent posts where hundreds, if not thousands of people were attacking him, accusing him of being a kidnapper or a murderer.

Unfortunately, it turns out Natalie's body was found and they do not yet know who is responsible for her murder.

For DAYS after this incident, I was checking his page, her page, and pages of her family members for updates and information. Not a Facebook page set up in her memory, not any sort of group, but personal pages for people I don't even know and will never meet. To what? Get insight that's none of my business? To take some sort of part in the witch-hunt against the stalker?

I don't even comment. I don't do anything but lurk.

I don't even know the reasons I do this.

But, as I said before, I know I'm not the only one who does this sort of sleuthing, which can be proven by the (not exaggerating) THOUSANDS of people who have commented on his stuff, her stuff, her family's posts, etc.

And all this sort of activity works to do is make me worry more than I already do.

I worry about a killer on the loose. I worry about stalkers. I worry about how horrible it is that this young girl got snatched up and murdered, and how easily that could happen to me. I worry every day on my walk to the train station about every car that might, just by coincidence, slow down when driving by. I worry about going anywhere by myself.

More than I already did. And I do this to myself.

So, my goal for February and moving forward is to break this habit. I need to retrain my brain that just because something is in the news, that doesn't mean I need to get involved.

I can still care. I can be sad for the girl and her family and remain hopeful that whoever did this is caught and charged, but I don't need to sneak a peek into the personal life and struggles of strangers. My lurking doesn't help them, and reading all the crazy posts and comments certainly doesn't help me.