Why A Bunny Is The Best Emotional Support Animal

Why A Bunny Is The Best Emotional Support Animal

My personal story and experience having an emotional support bunny! 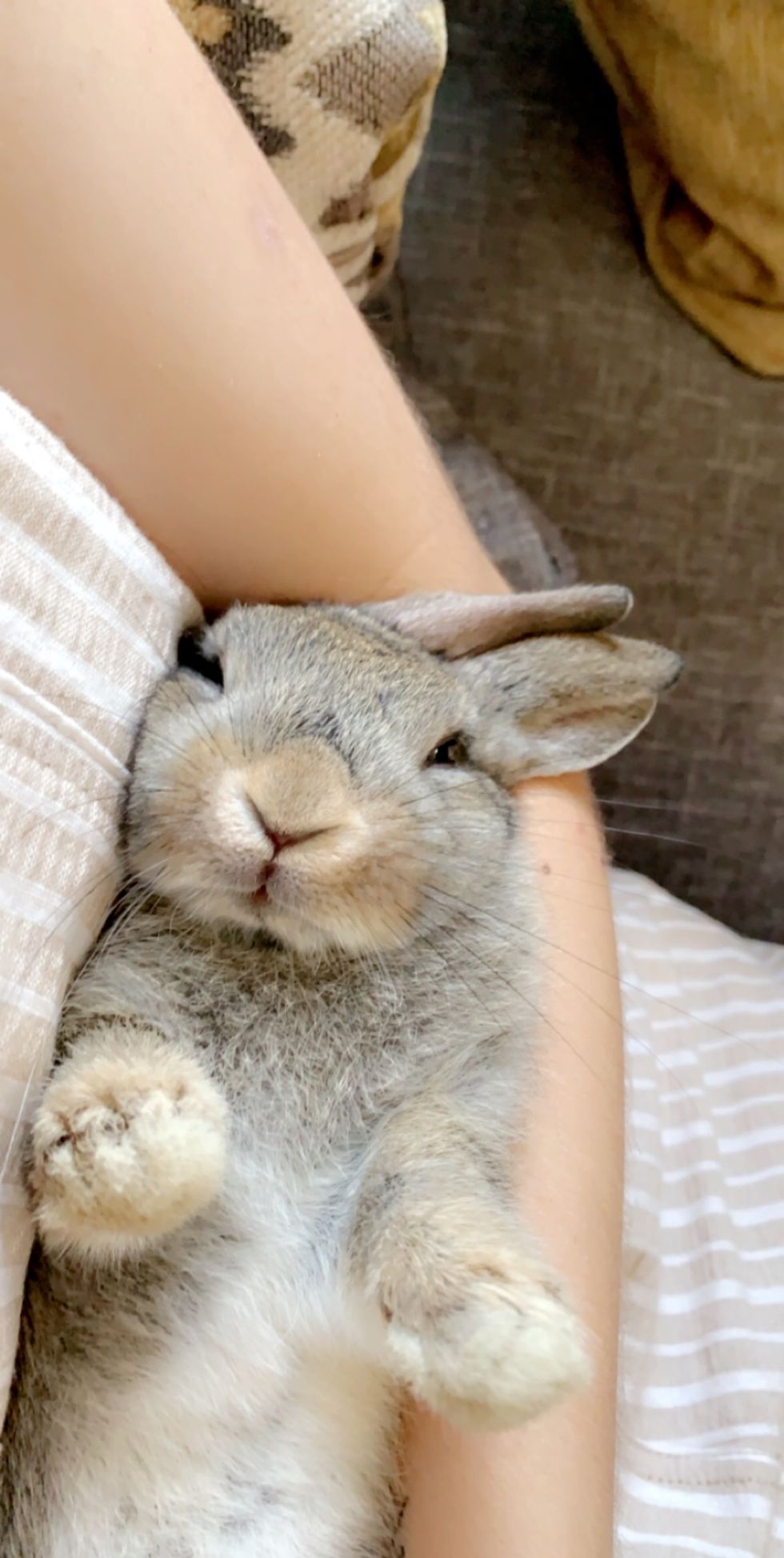 Now I know that there's a lot of controversy surrounding the topic of emotional support animals, but I promise I'm not an ESA poser! My bunny is an official, registered emotional support animal! I do not suggest that anyone without legitimate reason to have an ESA should go out and get one. Please note that most online forums that offer ESA certifications are scams! ESA's are a prescribed method of treatment for those who suffer from mental health disorders. If you are considering adopting an ESA, talk to a mental health professional and have an official letter written for you!

With that being said, this past year, my very best friend convinced me to get an emotional support bunny to bring with me to college! And I can very well say that it was one of the BEST decisions I've ever made! Being the home-grown Chicago girl I am, I knew that moving to a brand new state for the next eight months would be like a McDonald's playplace for my anxiety. So I gave in, and told my friend I wanted the information from her coworker about adopting one of her baby bunnies. We decided that the best first step to take was for me to babysit my friend's bunny Finley. While my best friend was on her 16th trip to Disney World, I got to watch her little guy.

After a week of falling in love with Finn and learning how to take care of her properly, I told my friend I was ready to adopt my own bunny! She sent me a picture of the family's new litter of baby bunnies that I could choose from, and I immediately fell in love with a dark, brown haired little fella in the middle. It wasn't long before I drove over to the family's house and picked up my little Maven! (She's named after one of my favorite book characters of all time: Maven Calore, from the Red Queen Series by Victoria Aveyard)

Maven is the second bunny from the right!Personal photo

Now at first, I was a little worried because Maven seemed scared and did NOT want to be picked up. Any time I attempted to hold her she would stay content for only a few seconds before scratching and writhing away. For a few days she was like this, and I began to worry I'd made a huge mistake. But after a week, she stared getting used to my sisters and I picking her up and playing with her. From then on she became the biggest cuddle bug of all time!

To anyone considering adopting a bunny, here's the first reason they make the best emotional support animal: they. are. cuddly. My little Maven absolutely loves cuddles! One of my anxiety-induced habits is my nail biting and skin picking. I struggle with a nail biting and skin picking compulsion that traps me in front of a mirror for hours at a time, from which I'll walk away with raw and aching skin. Maven helps me reduce that urge on a DAILY basis. If I ever feel like biting or picking, I'll pick little Mavey up and either cuddle or play with her for a while, which calms whatever anxiety I'm feeling. And I am so proud to say that I was finally able to paint my nails for the first time in over year! Maven will also take naps with me, normally belly up and against the wall, but still just as cute! Not only are bunnies cuddly little creatures, but they're also very playful!

Another reason that bunnies make the best emotional support animals, is that they are fairly easy to take care of. I clean Maven's cage out once a week, replacing the litter in her litter box, replenishing her hay, and changing her towel. This is totally convenient for anyone considering an emotional support animal, especially anyone in college or with a time consuming job. I know that if I were to have an animal that required constant care and attention, I would be stressed out trying to manage my classes, school work, a job, and a demanding animal on top of all that. I always let Maven run around my dorm room whenever I'm there, and she can do so because she's litter box trained! Having an animal that's litter box trained is great, especially for a busy college student. That way there's no mess to clean up and no need to stop what you're doing and take the animal outside!

My final reason as to why bunnies make great ESA's is their personality. Bunnies have as much personality as dogs do, which always surprises the people that I talk to about Maven (which is everyone). Maven is the goofiest little bunny. She does just fine with loud noises, but anytime she hears a helicopter or a vacuum, her eyes bug out and she runs for the hills. Well, not really the hills, more like under the couch. I cannot count the amount of bad days that Maven has made better for me. Anytime I'm feeling down, you can bet good money I'm either in bed with Mavey right next to me, or out on the floor letting her run around. Not only does she have a great personality, but my love for her gets me out of bed in the morning, even on a bad day. Because I know she misses her momma and wants to play.

Adopting Maven was one of the best decisions I've ever made, and she has helped me in so many ways. I even sit and just talk to her every once in a while. Bunnies are great listeners, it's why they have such big ears. All in all, having ANY kind of emotional support animal is beneficial for anyone struggling with depression or anxiety. Here's some more pictures of my little Mavey! Enjoy friends!

Maven and I are super excited to be sporting fall colors!Personal photo