6 Benefits Of Swearing According To Science

6 Benefits Of Swearing According To Science

Sorry mom, swearing is actually f***ing good for you. 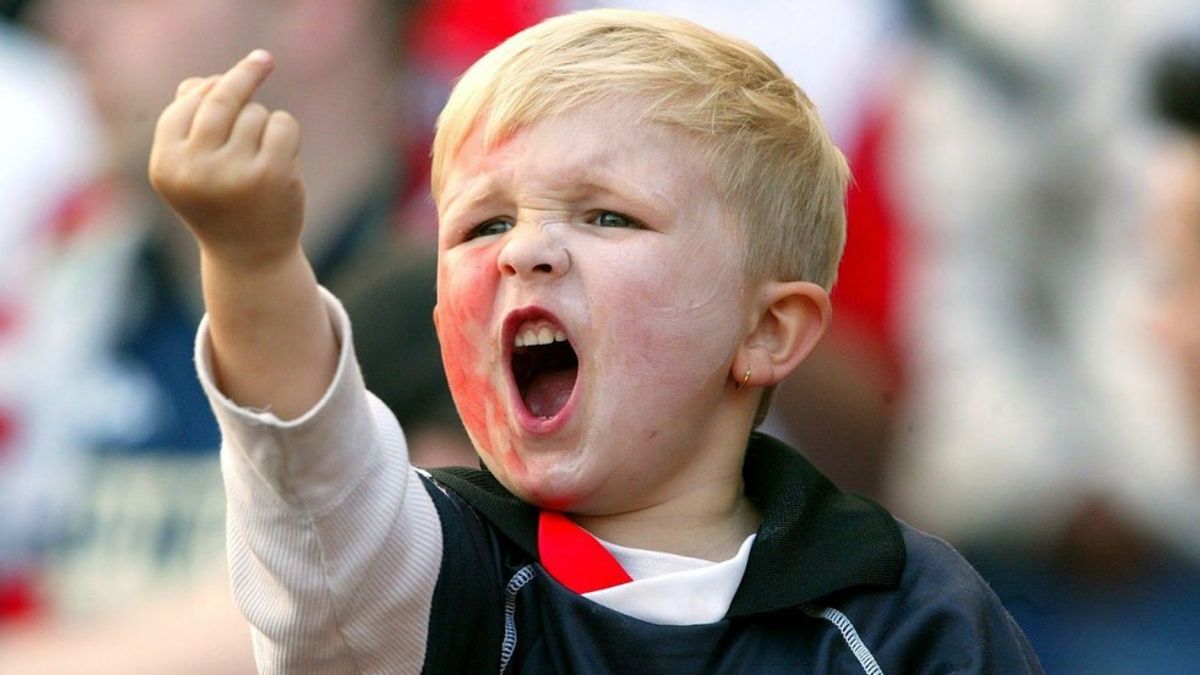 Many of us got in trouble for swearing as kids, but nowadays, being away from family and young children makes it hard to turn on a filter. I know I personally have difficulty controlling my swearing when I'm not at school. That's okay, though. There are actually great benefits to shouting out the occasional expletive and upsides to swearing in general.

Disclaimer: The following article and the accompanying images may include profanities that could potentially offend a more sensitive reader. Discretion is advised.

Now that that's over with, let's f***ing get this sh** started. Here are six benefits of swearing, according to science (whether credible or not).

A study by Dr. Richard Stephens at Keele University's School of Law found that swearing can actually increase pain tolerance. Stephens and colleagues tested this out on 64 undergraduates. Each participant had to submerge their hand in a tub of iced water for as long as possible and was allowed to repeat a swear word of their choice. Afterwards, they were asked to repeat the experiment but were only allowed to say a common word used describe a table. Participants were able to tolerate the freezing temperature for a longer period of time when repeating the swear word than in the other trial. The researchers concluded that there may be a link between swearing and pain tolerance. There you have it: screaming "f**k" or "sh**" when you stub your toe might actually help ease the pain.

A survey conducted online and on a radio show found that many people find swearing to be a turn-on, depending on the context. Many men responded that swearing is highly encouraged in the bedroom, agreeing that talking dirty during sex can be a huge turn-on. It's less about what you say, but more about the delivery. According to the responses, swearing, when done poorly, can be extremely unattractive in partner. The general consensus was that swearing is most attractive when used in the right place at the right time.

According to a BBC article on the surprising benefits of swearing, studies have shown that swearing can actually aid the effectiveness and persuasiveness of a message. Swear words can help a message seem more informal and positively contribute to the receivers' impressions of the source.

Swearing can be a sign of camaraderie and closeness according to a study conducted by researchers from Victoria University of Wellington in New Zealand. They observed the use of the f-word in a soap factory and discovered that even though the workers regularly swore among each other, they didn’t swear as much with colleagues from other teams. In this working environment, swearing was an expression of solidarity; it built a community among the team members, easing tensions and equalizing members in a hierarchical system of power and responsibility.

Swearing among people with whom you have strong relationships can actually be a sign of closeness. Don't you just love how you can call your friend your b****, and it actually has a positive connotation?

5. Swearing helps keep you calm and in control

Swearing actually helps increase circulation and endorphins when it's not paired with immense amounts of anger. This can ultimately result in helping you feel more calm, cool, and collected, and in control of yourself and your surroundings. Swear more if you want to keep your sh** together.

Research has found that swearing is cathartic. A profanity or two helps us express pent-up feelings of anger or frustration rather than bottling these negative feelings inside. Expressing anger through swearing can also help prevent physical violence. Better out than in, right? Another study at Keele University conducted by Dr. Richard Stephens found that swearing is a coping mechanism, a form of emotional release that makes us feel more resilient. Swearing just feels good, okay?