A Belated Goodbye To Eric Hosmer, I Feel Like I'm Saying Goodbye To My First Love
Odyssey

A Belated Goodbye To Eric Hosmer, I Feel Like I'm Saying Goodbye To My First Love

How do you send off a baseball player who took your breath away? 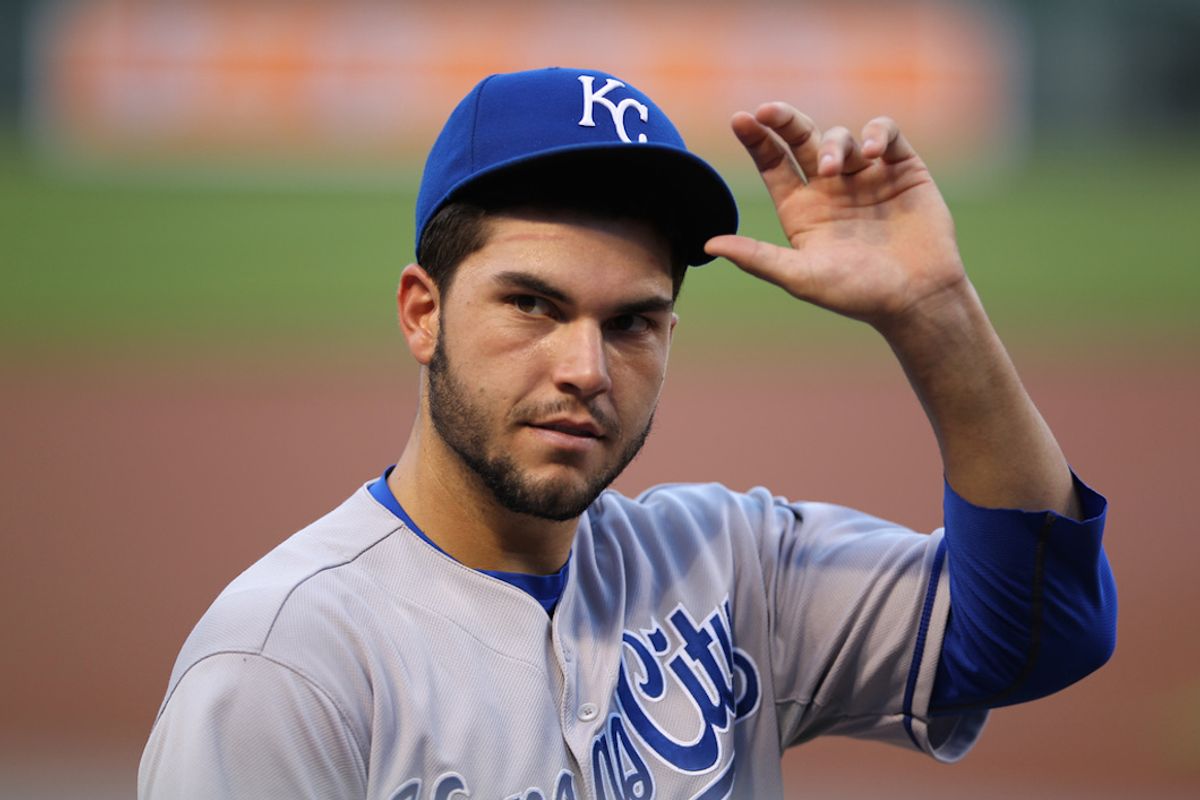 I would like to try something here if you’ll let me. You see, I tried to write a goodbye to a baseball player who felt like an old friend two months ago when he did not sign a contract with my team: the Kansas City Royals. I tried to write it again a month ago when I first saw him in a Padres jersey and not our royal blue on opening day.

I tried to write the goodbye a week ago when I got back to Kansas City and didn’t see the three-story banner labeled with “Eric Hosmer #35” hanging from the top of Kauffman Stadium. I’m trying to write the goodbye right now, and the only luck I’m having is writing about all the times I tried to write it. Let me just take a minute, dig a cleat into the box and take a breath. That feels good. It feels familiar.

Alright, friend, if baseball isn’t your thing, you don’t have to stop reading. I swear to the Baseball Gods (the same Gods who bless a spring day without rain delays and send wind drifts that carry the ball over the fence) that I will not make any (more) references to the sport. Think of Eric Hosmer in this narrative as your first love back in grade school, and I promise it will be topical and worth your ear.

Ready? Here we go, back to this familiar breath I just took. The first time I took that breath, I was ten rows away from a ballplayer I tried so hard to hate. He was the hot-shot, pretty boy from Miami joining our baseball team’s starting lineup, and I was the equivalent to a high school theater dork, who wore t-shirts that were two sizes too small. But, the guy tried so hard to continue standing where he stood.

Do you know that kind of person? The ones that, no matter where they are, will try to show you that they belong there? They don’t do it because they feel the need to fit in. Trying to fit in was for people like me. They do it because they know that any good they can do in the world is just a few steps in front of them. They think to themselves, “I might as well take the steps.” I saw Hosmer take those steps play after play that day.

The second time I took that breath, the person who I hold most dear had taken me to see him play again.

“Hosmer reminds me of you,” she said. “He looks like you when you wear that hat, and everyone who commented on the Instagram picture of us agrees with me.”

And here I am: breathless, trying so hard not to be. For anyone who does not understand baseball references, allow me to share some insight into the game; if you wait for the game to make a decision for you, you can’t play the game. Hosmer chose to take the steps to somewhere else and find another way to do good.

I would like to thank him for the good he gave me. Thank you, Hoz. I’ll see you on the Diamond and will forever crown you as a Royal. Let’s try to take this breath together one last time. Here we go… one… two…That feels good.