Bitter Compromise: On Being a Nonbinary Survivor of Assault
Odyssey
CurrentlySwoonLifestyleHealth & WellnessStudent LifeContent InspirationEntertainmentPolitics and ActivismSportsAdulting
About usAdvertiseTermsPrivacyDMCAContact us
® 2023 ODYSSEY
Welcome back
Sign in to comment to your favorite stories, participate in your community and interact with your friends
or
LOG IN WITH FACEBOOK
No account? Create one
Start writing a post
Politics and Activism

Bitter Compromise: On Being a Nonbinary Survivor of Assault 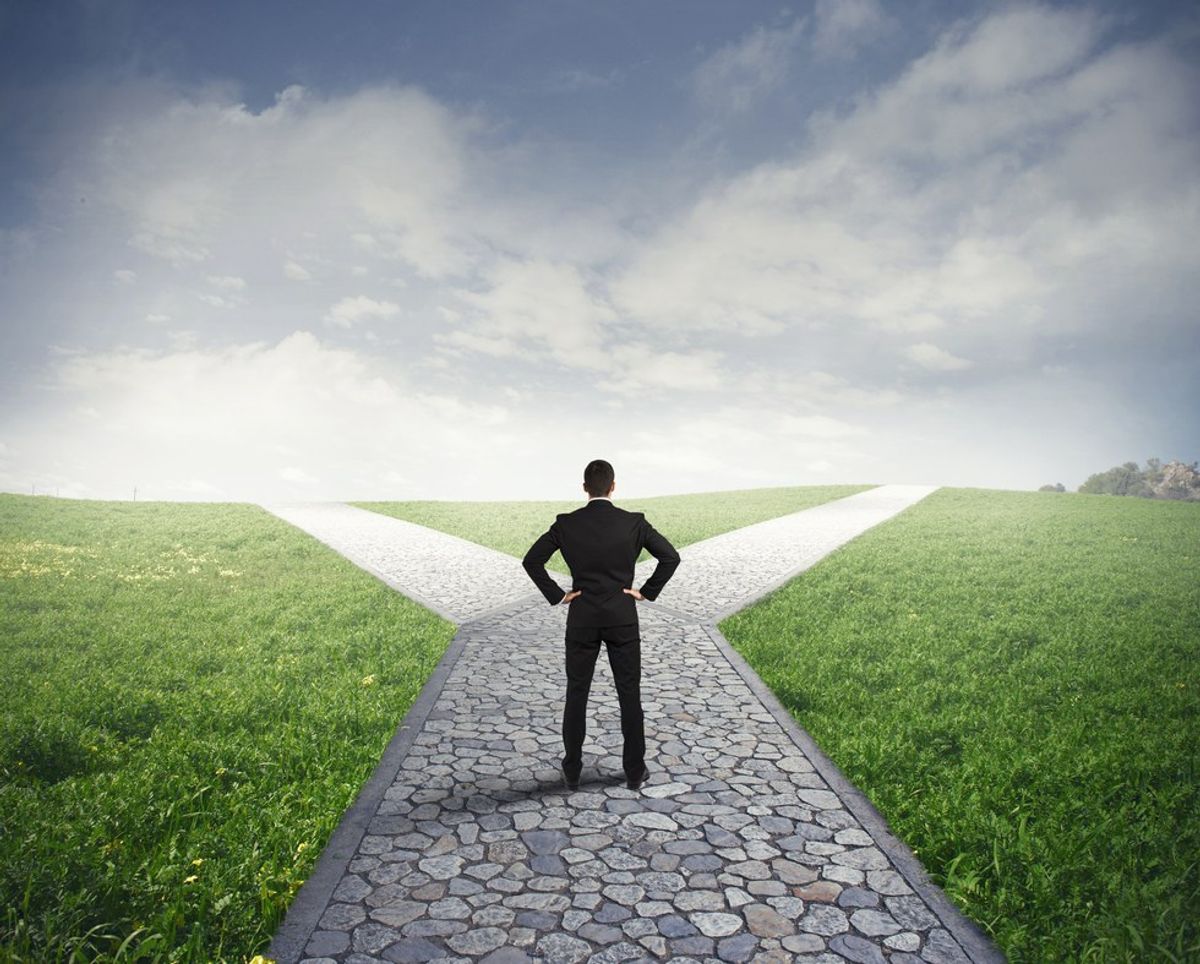 When I talk about what it means to be a nonbinary assault survivor, in the end I’m talking about compromise.

Compromise is no stranger to nonbinary and gender-nonconforming people. We compromise all the time: when we are forced to choose he/him or she/her when someone’s “traditionalist” parents pay a visit, when we need to use a bathroom, filling out the sex portion of the forms at the DMV. We are constantly forced to pick a gender, to compromise. We can be who we are in some places but not in others. And compromise has been equally as common in my experience as an assault survivor.

I was assaulted one week into the spring semester of my sophomore year. And from the very beginning, I was forced to make compromises. I could report my assailant to my university, but get called a liar. I could launch an investigation against him, but it would never be filed. I could speak out against the covering up of transphobic hate crimes at my university, but I would lose my job. For every step I took, I gave something else up.

The prevalence of compromise skyrocketed when I became an abuse survivor on top of being nonbinary. Combined, these two sets of experiences and identities seem to require you to be incomplete. To give up one identity for the other.

I realized this when I began looking for a support group. My healing process has been almost entirely solitary. At the most, it’s a binary, a two-person process -- me crying to my therapist, me crying to my partner, me crying to my psychiatrist. There’s a lot of crying involved. But there’s rarely any community, any sense of being connected to a larger whole. As a nonbinary person, this feeling of belonging is very important to me, it helps me feel valid where everyone else considers me invalid. And so I decided to reach out, to find a community that included this new part of me: the survivor identity.

I looked everywhere. Newspaper ads, therapy offices, the internet, local LGBTQ organizations, churches, Facebook, you name it. I asked every single person who may have been slightly qualified to give any sort of answer. And finally, I came up with a grand total of zero resources. Let me rephrase that: I found zero resources that I felt comfortable with.

I found a group for transgender men who’ve been victims of violence. But I’m not a man.

I found a group for female victims of violence. But I’m not a woman.

I found a gender-neutral group, but centered around sexual violence. But my assault was purely physical, and I was not about to invade a safe space I don’t belong in.

What was I looking for? In a perfect world, I would love to sit with other nonbinary people who were assaulted by a cisgender gay man who up until that point had been their trusted friend, people whose universities were invested in the assailant not being an assailant, whose universities had called them liars and threatening and hysterical. People exactly like me.

But practically? Realistically? I just needed a group for trans people of any gender identity who have experienced some sort of violence. But this group just didn’t exist. What did exist were many groups for victims of violence, but none of them mindful of the genders of participants. There were groups for trans people, but none of them mindful of the various types of hate violence that are perpetrated against us.

I realized that in order to get help, I needed to forfeit a part of my experience.

I needed to choose if I wanted help as a nonbinary person, or as an assault survivor. I could get help as a trans male survivor, a female survivor, or a gender-inclusive domestic abuse survivor. But I am none of those. I am a nonbinary transgender person who experienced a non-sexual, violent hate crime. To leave any part of this out of the search for community support is to search for help for somebody else.

People have told me that it’s not a big deal, that I should just choose whichever brings me less dysphoria so I can get help. But I am neither. And I can't choose. To choose is to disrespect myself. To choose is to lie. And I cannot enter a therapeutic experience, in which my goal is to better myself and become less symptomatic, based on a lie. I may as well not go at all.

And so I haven’t.

I’ve been talking about my own personal experience, but this story is not uncommon in the trans community, especially in the nonbinary community. Community resources are constantly made inaccessible to us because we fear that when we enter, we will have to compromise. So oftentimes, when nonbinary people are abused or assaulted, we do not take action. We don’t get help. Because there is help for men and help for women but there is no help for nonbinary people.

It is critical that abuse and assault resources educate their staff on gender identity and nonconformity, and how to be respectful of all the kinds of people who come to them for help. To do so, they must make this explicit in their statements and workplace: healing is no place for compromise.