Being an Assault Victim in a Trump Presidency
Odyssey

Being an Assault Victim in a Trump Presidency

As a victim of sexual assault, I cannot begin to explain my fear and despair to live in a country that will soon be led by a rapist. 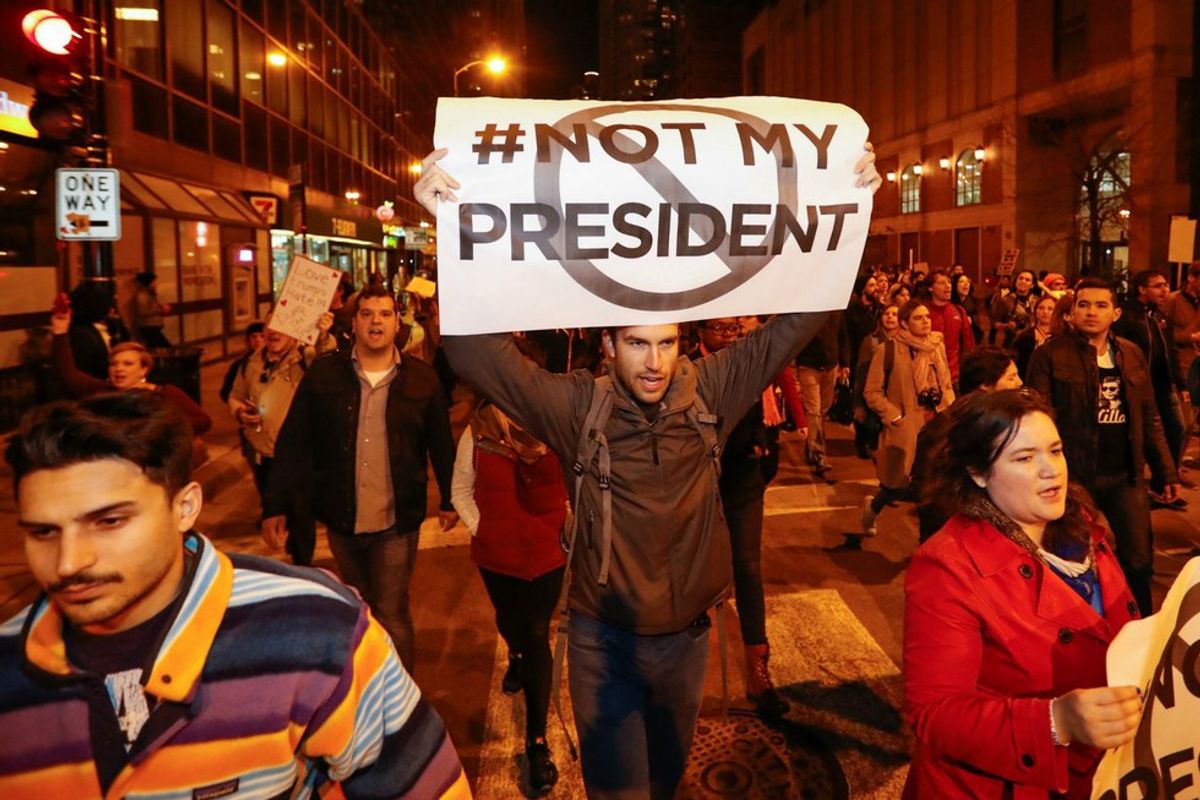 Since Donald Trump was elected on Tuesday, the panic and outrage has been palpable on my college campus. As a victim of sexual assault, I cannot begin to explain my fear and despair to live in a country that will soon be led by a rapist.

When I was assaulted I felt broken and lost, but I was still grateful that establishments like Planned Parenthood existed should I face the worst possible outcome. Now that we have elected a man that will put Planned Parenthood and similar establishments at risk is terrifying to me. I can't imagine a world in which the man we look to as a leader of our country condones and justifies rape culture, especially during a time that we need the exact opposite.

In my experience, rape culture is pervasive on college campuses, even at the Claremont Colleges, which are extremely progressive compared to many universities across the country. I've heard justifications from male friends -- friends who claim to be feminists. I've overheard statements like "you don't know how hard it is to be a man and be accused of attacking a girl" or "my friend was suspended for raping his girlfriend; it's obvious that she's a pathological liar." This has made me feel incredibly invalidated and prevented me from speaking up about my assault for so long.

Now that Trump will be the President of the United States, I can't imagine what effect this will have on the already pervasive rape culture that plagues our entire country. If Trump can not only get away with rape, but become president despite of his violent acts towards women, what kind of message will this send to the rest of society?

Trump's hateful rhetoric has the potential to obliterate all the progress we have made in favor of the rights of lgbtq+ individuals, women, immigrants, refugees, and people of color. As a lgbtq+ woman of color my heart breaks at the thought that our country will soon be led by a hateful, sexist, homophobic man. I am terrified now and for the next four years for anyone who is not a cis white upper class male. But even more terrifying than the fact that this man exists and will soon lead our country is the fact that a majority of Americans voted for him, thus condoning and supporting this kind of racism, sexism, xenophobia, homophobia, islamophobia and transphobia. Never have I been more heartbroken or devastated to be a part of this country.

However, I believe that if those of us who recognize the injustice of a Trump presidency stand together, we can turn our fear and anger into optimism for a true progressive political revolution. Whether you're with Hilary, Bernie, Stein, or none of the above, now is the time to unionize and fight the injustice that is on the horizon in this country. The devastation a Trump presidency could cause will not be mitigated by depression, despair, or withdrawal. We have to stand together now to fight for the rights of everyone -- not just those with the trust fund to afford it.

If you are interested in making real change happen, please stand with me and protest the injustices ahead. Whether for you that means donating, organizing, or sharing your feelings about this huge and frightening turn in American history, do it. Most importantly, stay consistent and stay compassionate.