Stay in the loop. Or should I say, cycle *ba dum tss*. 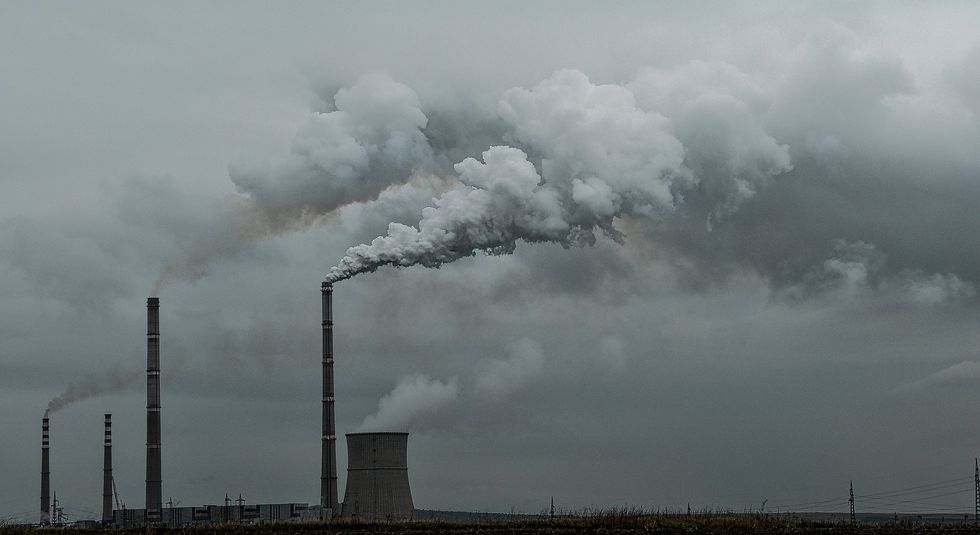 Back to basics really quick: carbon oxides are bad. Why?

Carbon dioxide makes up a teeny tiny percentage of our air (about 400 parts per million), but unlike oxygen or nitrogen, it stores heat from the sun and therefore heats up the earth. That's why carbon dioxide is called a greenhouse gas, along with other gases like methane and CFC's. Carbon is a very common substance found in fuels and wood, for example, and carbon dioxide makes up over 80% of the total emitted greenhouse gases.[UGL1] Although CO2traps less heat compared to molecules such as methane (CH4), there is way more CO2in the air and it stays in the atmosphere for longer. Back in the industrial revolution, new technology caused a huge rise in carbon emissions, leaving us now to find alternatives and leave our high-emission lifestyle.

The Paris Agreement of 2009 was a milestone that attempted a worldwide shift towards this renewed, healthier lifestyle. The agreement can be boiled down to two points:

1. A maximum world temperature increase of 2 degrees Celsius, with an effort to keep it at a 1.5-degree increase

Because it's so difficult to measure 2-degree increase in average (some say it takes up to 30 years after a certain time for scientists to safely determine the temperature increase of that time), a "carbon budget" was set up to limit the world carbon emission a 1 trillion tonnes[UGL2] , which is the estimated mass of carbon dioxide emission that would still allow us to meet the 2-degree goal.

Our pockets are running dry, and fast.

Now, for the staying in the loop- excuse me - cyclepart. There are many methods people are employing to reduce carbon emissions. One is more controversial than most: CCS.

Just like the name suggests, it's a technology that traps carbon emissions and stores it. Typically, underground or at the bed of the sea. Theoretically speaking, leaving the storage tank at the seabed is supposed to be relatively harmless.

When I first heard about CCS, it was at a presentation delivered by the CSR head of Company X (yes, yes Company X is a pseudonym). Company X is widely known and incredibly successful in its field. Unfortunately, this field is one that happens to "facilitate" carbon emissions. They might not be direct emitters themselves, but they do collaborate with other clients that do. Nevertheless, Company X strives to be a leader in sustainable efforts in their field. They pride themselves in using LED lights (which is such an achievement, since Company X is actually saving money by using LEDs) and encouraging carbon pricing (i.e. taxing the emission of carbon, which by the way is not burden for Company X but for the government to enforce the policy. Plus, since Company X does not directly produce carbons, their clients would have been taxed, but Company X would get away spot-free). Company X also advocates Carbon Capture Storage, because they claim that it would be able to reduce the emissions in the air by 30%.

My initial thought when addressed with this proposal was, "What? Dump a bunch of waste into a tank and sink it to the bottom of the sea, then leave it there?" Turns out, the mainstream population who had learnt about CCS had the same reaction. It seems unjust to simply bury our mistakes and get on with our lives. After all, we thought, wasn't the point of reducing carbon emissions to switch over to renewable energy, which is healthier for the world?

I didn't hear the term Carbon Capture Storageuntil months later when a visiting scholar came to Penn. His name was Oliver Geden[UGL4] , and he was a head researcher specializing in Climate Policy hailing from Germany. Oliver mentioned CCS when pointing out some ways that countries are attempting to reduce carbon emissions. Frankly, I was confused when he mentioned CCS, because I had such a negative perspective of it. After exchanging emails, Oliver graciously welcomed me into office to entertain my questions.

Warmly, Oliver explained that CCS had an incredibly negative feedback from the public because NGO's had done their work in creating an "evil" reputation for it. He said that although catching carbon dioxide from the air was incredibly difficult and probably costly, it made sense for some factories to store their carbon emissions. The production of some of the most basic human needs emit some amount of carbon. For example, the production of cement.

This carbon could then be used for other things, like Enhanced Oil Recovery, or EOR. EOR is a process of injecting carbon dioxide into oil reservoirs to extract oil more efficiently (it has to do with carbon dioxide acting as a sort of solvent), and has been around since the 70s. Now, if you're wondering, "wouldn't storing the CO2 for Enhanced Oil Recovery use only throw us back into the loop of emissions?" Well…

In his lecture, Oliver also mentioned Bio-Energy with Carbon Capture Storage, or BECCS for short. All these abbreviations making your head spin yet?

Biomass, as one may already know, are organic materials that stores energy from the sun. Plants are examples of biomass. When we burn this biomass to create energy, it's considered a renewable source of energy. BECCS combines Biomass with Carbon Capture Storageby channeling the carbons emitted from burning biomass back to the growing plants which take in carbon dioxide to photosynthesize and grow. Scientists have claimed that BECCS can be the solution to ridding of carbons because it can be a carbon-negative system.

EOR and BECCS are just two examples of how stored carbons could be used, although it's quite obvious to me that the second alternative is more desirable. Of course, there is always the counterargument that CCS might cause a delay in the renewable energy transition. On the other hand, it may be crucial for us to consider other options at this time as the temperature continues to climb, or deploy multiple carbon emissions-reducing tactics simultaneously. Although this slight difference may not seem as significant in some places, the Great Barrier Reef in Australia is dying off, the Amazon is drying up, and cities like Rio and Jakarta are facing major floods.

Personally, I'm still somewhat cautious when it comes to CCS.

While the optimist in me still thinks that it's possible to offset all the damage done across decades by transitioning into renewables, I believe it is important to stay informed on all the different alternatives that technology has now allowed us to consider.With climate change growing worse and as proven by the extreme storms, it's our responsibility as a generation of resilient, connected, tech-savvy and empowered youths to see this problem through.

Please feel free to shoot me an email at gabriellelynn.utomo@yahoo.com.sg if you're curious about the topic and would like to chat! I'd be happy to share my thoughts with you :)