President of internet sports media group Barstool Sports, Dave Portnoy came down to watch the Daytona 500. What Portnoy may have just done was bring a new audience into the sports. 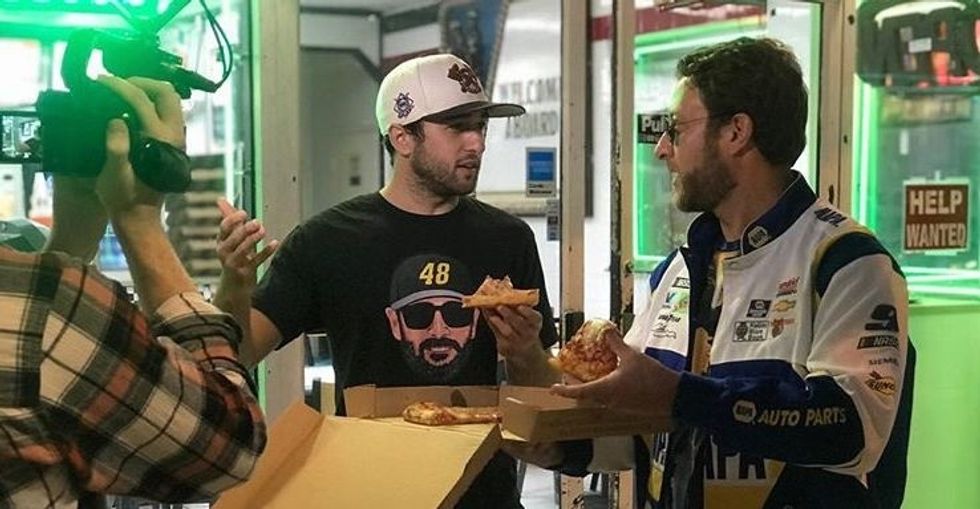 In the last ten years NASCAR, which was one of the premier sports in North America, has seen declining TV viewership as well as ticket sales at their tracks across the country. NASCAR has been adamant about trying to go after a certain demographic, the 18-25 male audience.

Unfortunately, they have not succeeded in that task.

This weekend, the president of independent sports network Barstool Sports, Dave Portnoy, came down to Daytona Beach, FL to watch the Daytona 500, and was a guest rider in the pace car with NASCAR legend Dale Earnhardt Jr.

Portnoy, along with his crew, broadcast from the track all weekend, trying to show the fans of his channel the excitement and energy of NASCAR. Portnoy took rising NASCAR star Chase Elliott out to do his iconic "One Bite Challenge" where Portnoy will critique a pizza shop and the quality of pizza they produce.

Portnoy has always had an interest in NASCAR but was "blown away" when he came down to Daytona for the first time.

While NASCAR has had the likes of, Peyton Manning, Terry Bradshaw, and JJ Watt come to Daytona for the annual Speedweeks, it seems that no one has had a larger influence than Portnoy and the Barstool crew. This was apparent in a 32% increase in viewership in the markets, Boston (where Barstool Sports is headquartered) and Washington D.C.

It seems that NASCAR might have just found their way to appeal to the casual fan without even trying.

Portnoy said on an appearance of the "Glass Case of Emotion" podcast, that he would also be coming to races later this year at Talladega (April) and Bristol (August) which are considered some of the marquee venues for race fans across the country to visit once before they die.

With changes in the way races are conducted, the cars that race on a week to week basis and the way championships are won, NASCAR has driven away their diehard core fanbase, with also the retirement of legends such as Jeff Gordon, Tony Stewart, and the aforementioned Dale Earnhardt Jr, fans have not wanted to come to the track as often. It was apparent throughout the weekend that Portnoy was supportive of a few of NASCAR's rising stars, Chase Elliott, Ryan Blaney, and Austin Dillon, as time goes on we will see if Portnoy can bring these fans, as well as new ones into the sport for a while.

As someone who used to follow NASCAR like a religion, it is nice to see a company like Barstool Sports, which has such a large influence over a huge audience, trying to support the sport and possibly work with the sport for some promotion of future races.