The Award For The Worst Weather In The U.S. Goes To...
Odyssey

The Award For The Worst Weather In The U.S. Goes To...

Heat, cold, storms, we have it all. 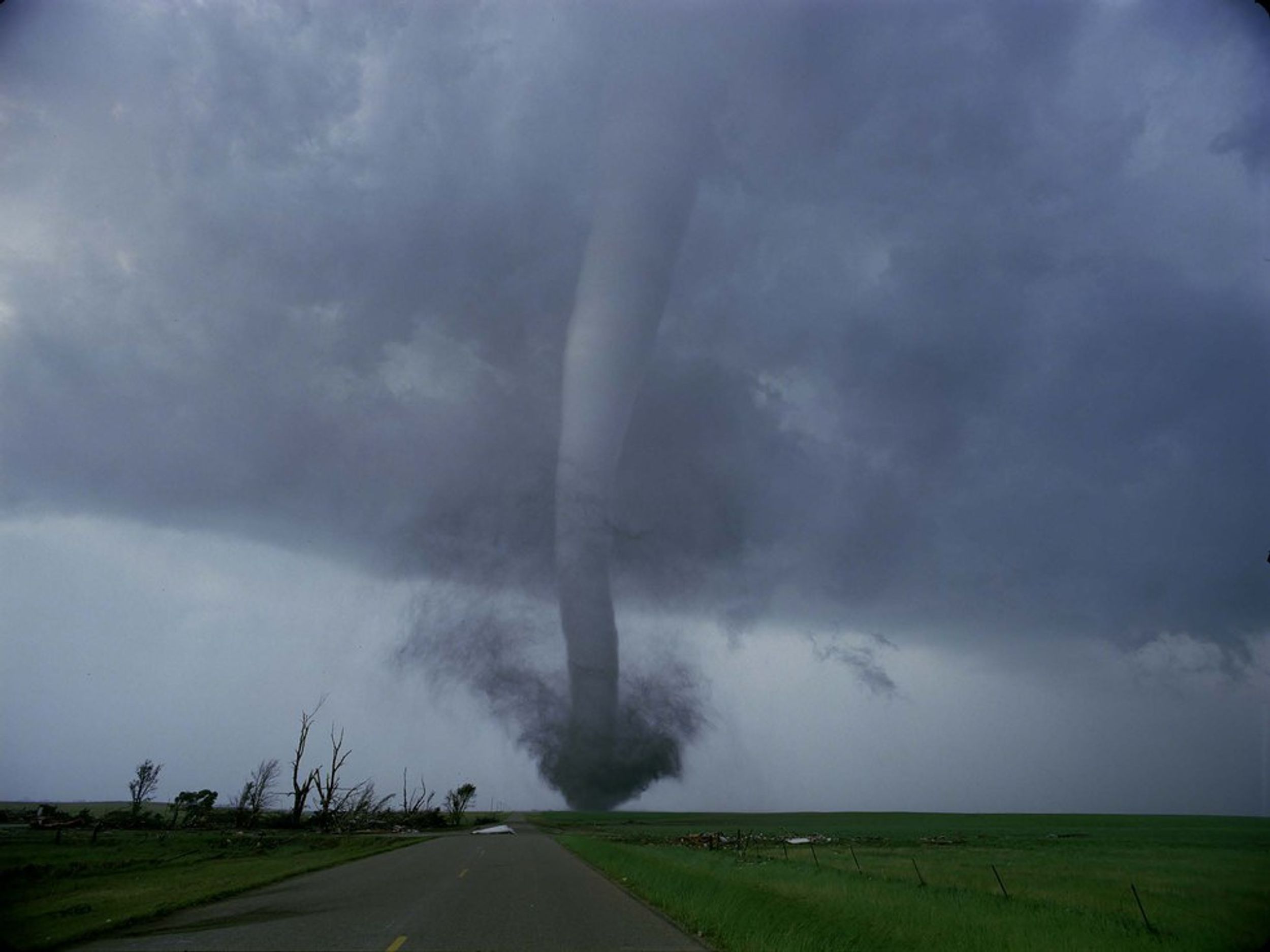 Few places are as meteorologically diverse as the American Midwest. As far west as the Dakotas, as far east as Ohio and from the Ohio River in the south to the Canadian border up north, these 12 relatively flat land states are subject to an extreme range of storms, temperatures and humidity. Plagued by harsh weather in every sense of the word, the Midwest undisputedly has the worst weather year-round in the United States, and possibly in the whole of North America.

Heat is bad enough, but add in high humidity, and you have a typical Midwestern summer.

Naturally, the Midwest is going to get a lot of direct sunlight in the summer, due to the Earth’s tilt toward the sun. But unlike other northern States like Washington, the Midwest is plagued by Florida-like humidity levels all summer long.

This happens because of a few factors. First of all, the Midwest is completely flat for the most part, meaning that there are no mountains to break up large cells of condensation, which bring humidity. Secondly, the Midwest is in the middle of a “bowl,” surrounded by the Rocky Mountains in the west, and the Appalachian Mountains in the east. Since weather patterns in this latitude of the world move from west to east, high levels of condensation and humidity travel northeast from the Gulf of Mexico, and get circulated in this “bowl,” often raising the heat index of the Midwest to 100 degrees during the summer months.

For someone growing up in the Midwest, hot muggy summers like this are just a part of life. I didn’t understand the concept of “dry heat” until I made my first trip out to the Pacific Ocean. The temperature along the Southern California coast was about the same as back home in Indiana, but the humidity was relatively nonexistent! I was amazed by how big a world of difference the humidity made in making Midwestern summer days terrible.

I noticed this humidity difference again this last summer after returning from my trip to Seattle. I landed in Chicago, and was rushing out to the terminal in order to catch the train to downtown. The moment I stepped outside, the humidity hit me like a wall, a wall that I had forgotten about after being in Washington for only a week.

This humidity also lends itself to popup thunderstorms. In central Florida, they can almost time their watches by the 2 p.m., humidity-induced showers. This happens because the humidity level builds all day long until it condenses and releases in one fell swoop. What many people outside the Midwest don’t realize is that the same phenomenon occurs here as well. Our popup showers and storms are not as reliable as in Florida, but we in the Midwest are no strangers to a humidity-induced shower forcing you to pause your picnic or day at Cedar Point.

We’re also the tornado capital of the world.

Remember how I mentioned that the Midwest is in the flat middle of a “bowl” between two mountain ranges? This makes our region the most twister-prone area on the globe. While other areas in the world have tornadoes, the United States, and especially the Midwest, have far more than other places.

The famed “Tornado Alley” resides in the western Midwest, in states like Nebraska, Iowa and the Dakotas. States in the eastern Midwest, Indiana especially, are also the victims of several tornadoes a year. Tornado season runs from spring to early summer, but these funnels can crop up several times in the fall as well.

There are “tornado outbreaks” every couple of years when massive storm cells collide, causing millions to billions of dollars in damage. Tornadoes, and the hailstorms that come with them, can also destroy cash crops like corn, wheat and soybeans, which are not only crucial for the Midwestern economy, but for the food supply of the entire United States. Not to mention that the Midwest is the transportation capital of the United States and serves as a midway point across the country for flights, highways, railroads and waterways. Massive thunderstorms can cause travel delays, which can lead to billions of dollars in losses.

The winters aren’t much better.

In the winter, the Midwest is pointed away from the sun most of the time, which is what causes winter to happen. This dramatically decreases the temperature. Being in a flat area without any mountains allows winds to travel full force across the Midwest, decreasing the wind chill to subzero temperatures.

We also get hit by several winter storms every year. Unlike thunderstorms, which travel quickly, snowstorms move slowly over the Midwestern “bowl,” dropping several inches (and sometimes feet) of snow in a short time. But the Midwest doesn’t shut down because of a few inches of snow. Here, we’re well equipped with snow plows to clear streets as soon as possible, and unless we have a massive storm, we rarely have a snow day.

In the eastern Midwest States (Indiana, Michigan and Ohio), we have the added addition of something called “lake effect snow,” which is when water evaporates off the Great Lakes, and is quickly frozen and dumped on land.

The weather can be very unpredictable and unseasonal.

Because of all the factors that can affect weather in the Midwest, it can be darn near impossible to forecast it if it’s any more than a day away. Unlike Los Angeles, which almost always has its morning fog, and unlike Orlando, which always has it’s 2 p.m. summer shower, Midwest weather is always varied.

I’ve seen it snow in April, and I remember going to my grandparents’ house on a snowless Christmas Day. Sometimes Halloween is comfortably breezy, and sometimes it's below freezing. The meteorologist can be predicting thunderstorms for next Wednesday, but when it comes, it’s nothing but a bright, sunshiny day.

The point is that the Midwest can be terribly hormonal. As you grow up in the area, you often become just as good at reading weather patterns as the meteorologist on the six o’clock news. A Midwesterner can look up at the sky and tell you if it’s going to storm. Even if they don’t study the weather for a hobby, the average Midwesterner has those “gut feelings” when the weather is going to turn sour. The Midwest may have the worst weather in the country, but it sure does prepare you for just about every weather-related event possible.