I Attended a Local Women's March. Here's What Happened

I Attended a Local Women's March. Here's What Happened 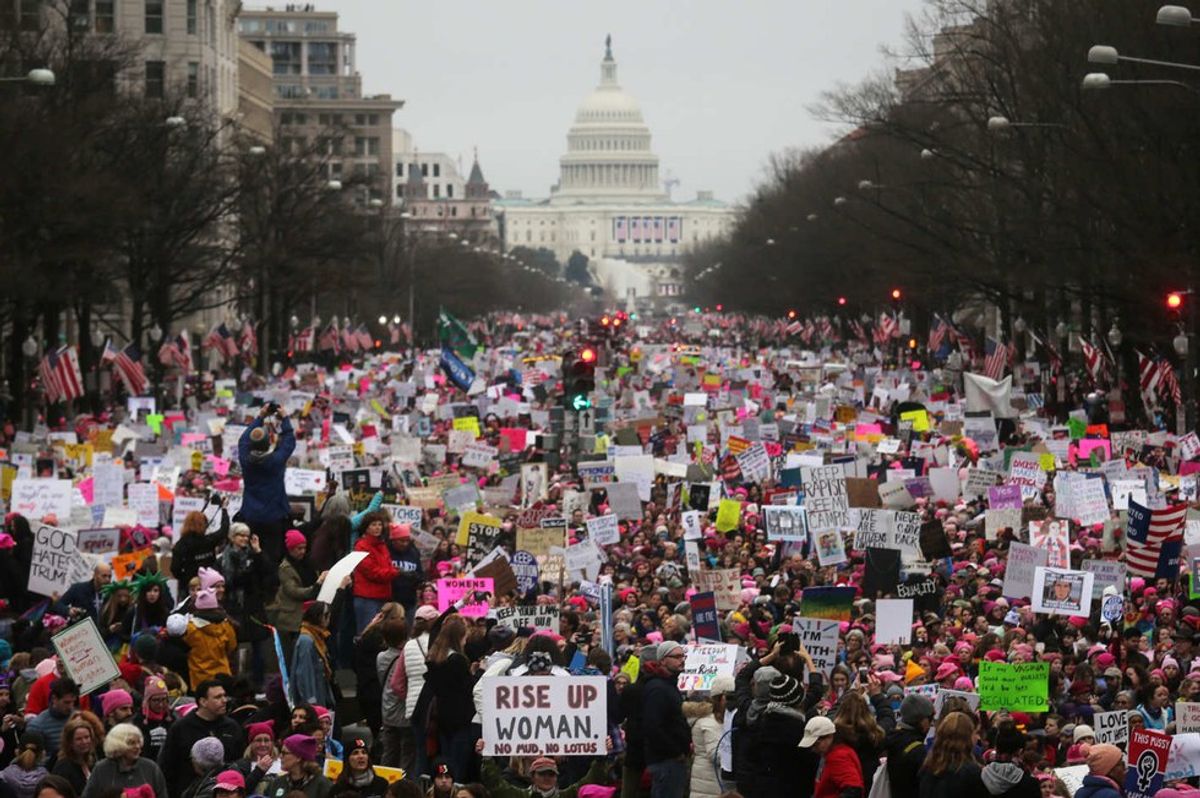 Yesterday, (Jan., 21, 2017) millions of women across the world participated in marches. We marched to protect our rights, our safety, and our health. There were marches held in Washington D.C., New York, Boston, Chicago, St. Louis, Denver, Los Angeles, London, Paris, and many more cities across the world.

My mom helped me make a sign. It said, "Girls just wanna have fun- damental rights." After it was done and I got a million photos taken with it, I loaded up and drove to Carbondale. When I arrived, it was the most glorious thing. There was not a single parking spot in downtown. It turns out that hundreds, maybe even thousands, of people showed up for this "small town" march. As I made my way to the start-up line, I noticed all of the signs, and all of the emotion. Happiness, sadness, fear, anger; it was all there.

As we began to march, we got some honks, some thumbs up, some smiles and some waves. Most of the reaction during the march was positive. Business owners would come out of their establishments to cheer us on. Some even joined. But when there's positive there's also negative. Some of us even got things thrown at us, flipped off, cussed out, etc. No doubt from people that just simply didn't understand.

This was a beautiful thing to be a part of. It was something that almost everyone participated in. White, African-American, Muslim, Hispanic, Asian, Female, Male, Straight, LGBTQ, 2 months old to 93 years old. We were all there for the same cause. We sang songs, we yelled chants (my favorite being "No Trump, No KKK, No fascist USA"), we laughed together, we cried together. It was just an amazing, beautiful experience.

When it was all over and I arrived home, I posted some photos and video to social media, where the real negativity began. I got comments and messages saying "how dare your mother let you go," "you are just going through a phase, you will see the real (and the right) way soon enough," "you are just idiotic for going. women already have rights," "how dare you disrespect the new president," "go back to wherever the hippies live," just to name a few. But that is okay. I cannot help if people don't understand, or don't want to understand. I had just as much of a right to attend the march as they had a right to not attend. I attended this march for me, and for my rights.

Here are some photos that I was able to take on my phone throughout the day: