fiction on odyssey at last
Odyssey

Fiction On Odyssey: 'At Last'

A story of two teens who happen to find each other in this world. 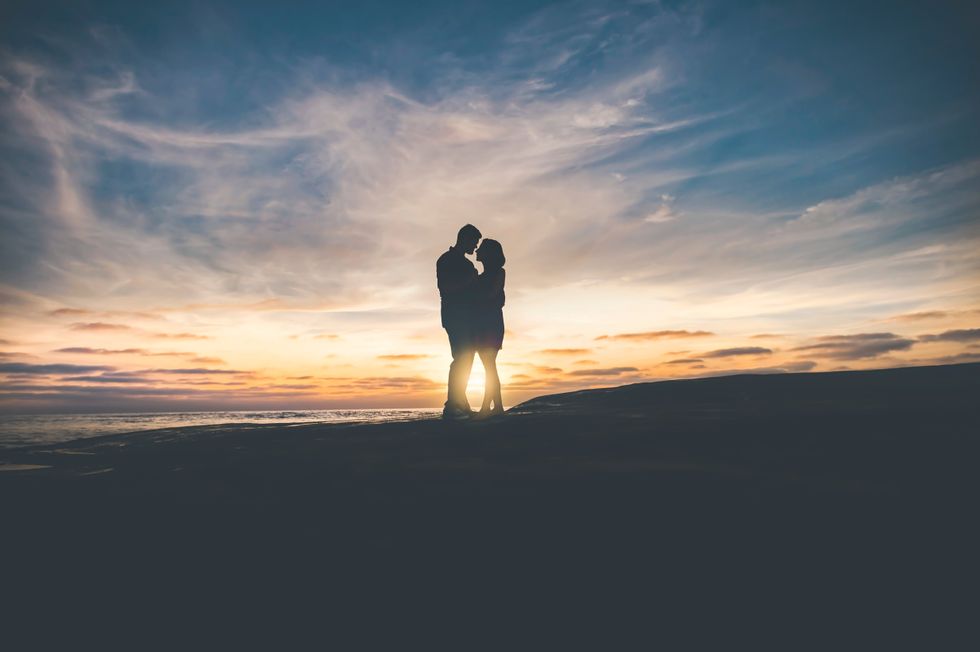 As I walked among the chaos that ensued in the main corridor of East Lake High school, trying to find Mrs. Hawkins's geometry class, suddenly it felt as if the world stopped turning. The clattering of books, slamming of locker doors, and obnoxiously loud conversations that filled the air, ceased. Instead, I became acutely aware of the clumps of Neutrogena concealer that I had caked onto my skin earlier that morning while getting ready for my first day of sophomore year, while simultaneously hearing the haunting sound of my father's black dress shoe banging against my bare back, a sound I knew all too well.

My instincts were telling me to run from the chaos and find a bathroom that I could hide in until the lunch bell rang, but my heart was telling me to continue to find my geometry class and to go on with my day. Begrudgingly, although I wanted nothing more than to hide in a bathroom and escape my reality for just a little while, I continued the trek to geometry class, and I'm sure glad I did.

As I opened the door to the classroom, I could barely cross the threshold before I was enveloped in an embrace by Trevor, my good friend, and everyone's favorite barista at the local coffee shop.

"Hey Jake, how was your summer, buddy?" he asked.

"Great!" I said, even though that was a total lie, seeing as I had spent the greater majority of my summer break either locked in my room staring at my bedroom walls that were filled with posters of Kobe Bryant and the Los Angeles Lakers, or on my hands and knees being forced to scrub the toilets and bathroom floors.

After Trevor and I exchanged pleasantries, I scanned the classroom for an empty seat. While doing so, I came across a strange sight, a desk at which there was no chair. I was wondering why that was since it seemed that the classroom was very well-organized and tidy and that looked like it came out of an interior decorating magazine. It all made sense when I looked up to see a girl with beautiful, long, blonde hair and piercing blue eyes come rolling into the classroom in her lavender wheelchair.

As she propelled herself over the threshold, I began to feel something I had never felt before, a tingling sensation in my stomach and a blazing hot feeling on my cheeks. I had to know who she was, and where she came from. She was something out of the ordinary, not because she used a wheelchair. She was magnificent, beautiful, with long, luscious locks of hair, that came tumbling down like that of Rapunzel.

All at once, I took a risk and before I knew it I was standing there, in front of her, the most beautiful girl I had ever laid my eyes on. Her name was Madison, I'd later find out, and she was just as sweet as she was pretty.

Although others may not consider her to be perfect, I certainly did.

fiction
Report this Content
This article has not been reviewed by Odyssey HQ and solely reflects the ideas and opinions of the creator.