Are You Cold? Because I Feel The Bern!
Odyssey

Are You Cold? Because I Feel The Bern! 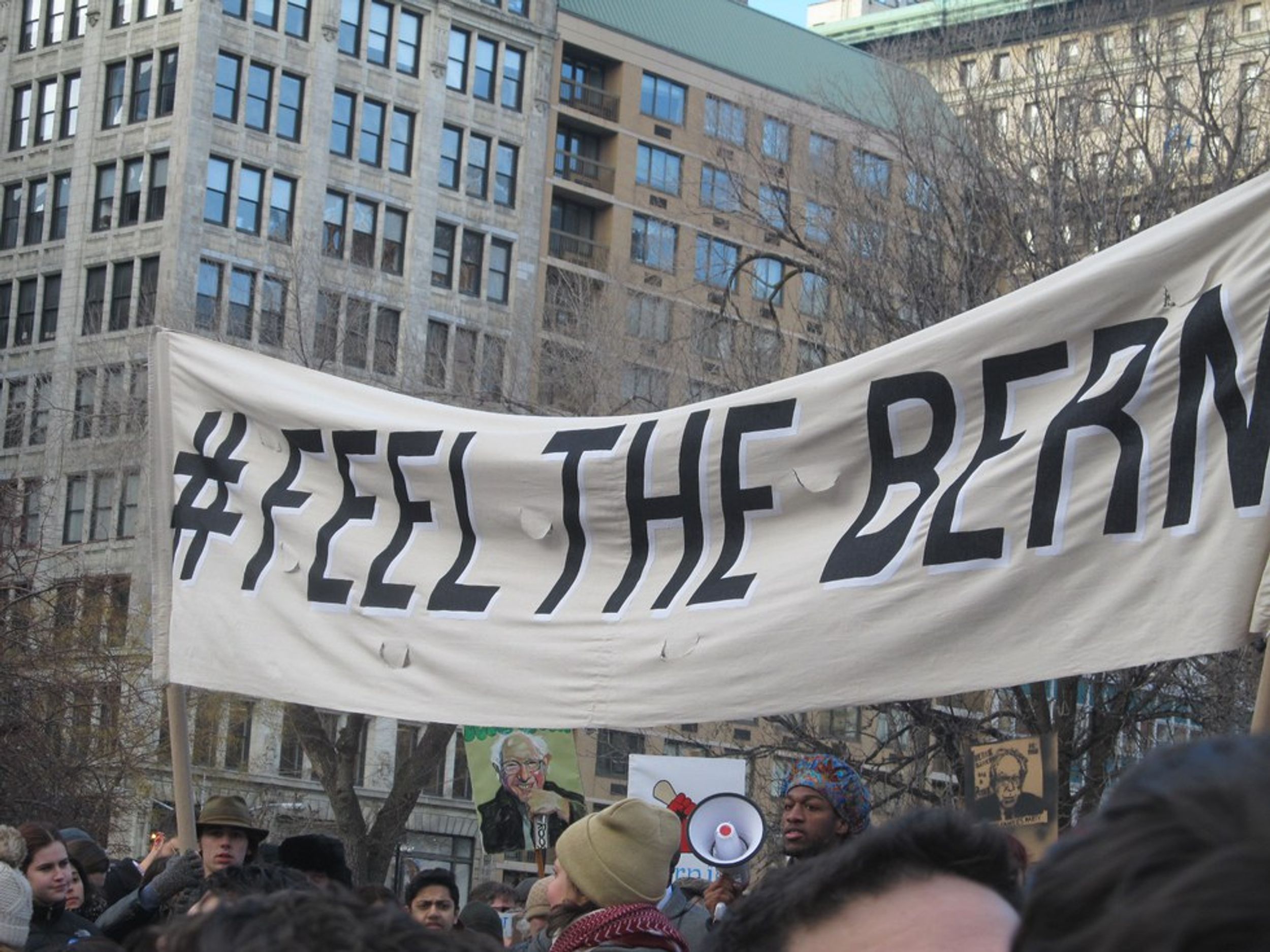 Unless you live under a rock, you know who Bernie Sanders is. Described by some as a "communist," "idealist," "crazy-socialist," and "hippie," Sanders has been slaying the campaign game by initially losing to political machine, Hillary Clinton, by .3 percent, then winning against her by 22 percent in New Hampshire. It seems as if America is beginning to feel the Bern.

On January 30, 2016, I attended a Bernie Sanders Rally in the famous Zuccotti Park, or the home of the Occupy Wall Street protest. A grassroots activist who may be the first to ever have a serious shot at a spot on a presidential ballot, Sanders has grown support due to his deep history with social justice and his consistent effort to end corporate greed. The rally, organized by NYC For Bernie and Millennials for Bernie, catalyzed the momentum needed to propel Sanders through the Iowa Caucuses.

Many Americans who are anti-Sanders condemn him for only appealing to the youth. However, after attending the rally, I saw this is not the case. I had the pleasure of talking to: Angie Parkinson, a teacher from Hartford, Ct; Nikki Winans, a college student at Adelphi University; John Zimmerman, an American Veteran; Tyler, a college student at The University of Rhode Island; and Steven Menendez, an LGBTQ+ activist from New York, all of whom I asked the following question: Why are you voting for bernie sanders?

Nikki Winans: "I'm voting for Bernie Sanders because he's a once-in-a-lifetime candidate, and the only candidate who wants to reform the government structure as itself. No one else wants to do that and no one else ever has wanted to do that."

Tyler: "I'm fighting for Bernie Sanders because he's the only one fighting for our generation. He's different than all the other politicians, he has a different stance and I think it's time for America to move forward."

Steven Melendez: "I'm voting for Bernie Sanders because I will not accept business as politics, or politics as business anymore [with] the way that it's been in the world."

Bernie Sanders is the only presidential candidate who actively opposes war across the board, which in some ways can be frightening. After all America, and the world, has been through, why are we still trying to fight ourselves?

Sanders is not just a politician. Sanders is arguably not a politician at all. Sure he's held positions of power, including mayor of Burlington, Vermont, but he has no endorsements, no outside funding, and quite frankly--no bullshit.

Why am I voting for Bernie Sanders?

I'm not voting for Bernie Sanders based on policy alone. Sure the mention of raising taxes scares me, and yes, due to our capitalistic educational system a small part of me fears the idea of Socialism. But along with the majority of the American electorate, I'm tired. I'm tired of having to choose between two overfunded, endorsed, inconsistent, and as Holden Caulfield would put it, "phony" politicians with hidden agendas.

Caitlyn Morral
St Bonaventure University
2979
Wordpress
Odyssey recognizes that mental well-being is a huge component of physical wellness. Our mission this month is to bring about awareness & normality to conversations around mental health from our community. Let's recognize the common symptoms and encourage the help needed without judgement or prejudice. Life's a tough journey, we are here for you and want to hear from you.