The protein thing gets old. 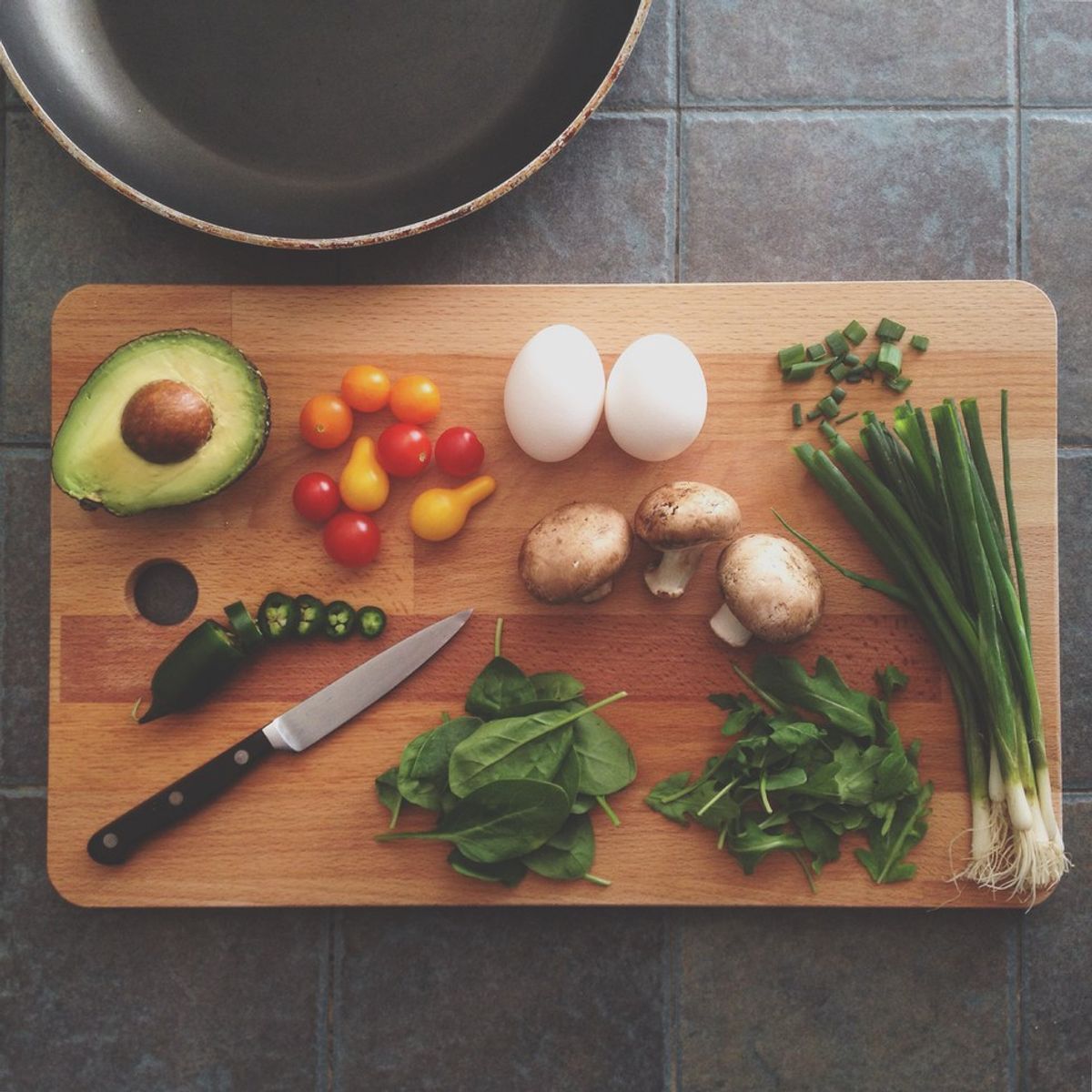 I've been meatless for nearly a year now (best decision ever, by the way) and vegan for nine months of that (an even better decision) and I've ran into quite a bit of disbelief and criticism about my newly established diet. Some of these aren't very common because they were very new to me and I wasn't expecting them. Others I expected, and I actually laugh when I get asked them now. Without further ado, here are the most annoying things I've heard, along with my added sassy responses to them.

No, no. Stop right there. If we were supposed to, tell me why we can live without it? Actually, we're not supposed to eat meat. I have science to back that up. We're not natural omnivores (though that is still up for debate, I firmly believe it was in no way natural). We're opportunistic omnivores; we can eat meat (to an extent, we don't have the necessary properties to digest meat as a carnivore does), but our bodies function best on a plant based diet.

You know, it's funny that vegans get a lot of crap for "forcing their views" on others, yet I haven't seen many cases like that, and I've actually seen people of various faiths attack vegans for their diet. Who is forcing whose views onto others now? I'm not fond of questioning ones faith, or any other personal views/choices. But you cannot tell me that, according to your beliefs (a.k.a. not facts), I am meant to consume other animals. Actually if I'm not mistaken, the Bible stated that you are not supposed to eat meat, up until the flood that is. So since it started out as a living in harmony thing, non-human animals actually weren't put here to be anything but a companion. Also a common comeback for why some won't go vegan/vegetarian is "But bacon tho." Fun fact: eating pork is a sin, according to the Bible (did a little research here and found an interesting piece, especially the fourth paragraph from the bottom).

No, in fact, I'm not malnourished. Though I admit, I've had a bumpy ride in the past getting my necessary daily intakes solely because we're taught from the start that meat is necessary, but I've learned a lot since then. My blood tests are actually perfect, so get out of my face with your BS.

LOL! I eat plenty, as I'm sure many vegans do. Ask my family. Ask my friends and coworkers. I'm almost constantly eating. Typically 2000-3000 calories a day. More than you, no doubt. With added benefits of looking and feeling good.

5. "But this is the way it's been since civilization has started."

You are right. We've been consuming animals and animal products for a very long time. In the beginning, it was for our survival. I would eat animals now if I absolutely had to to stay alive. But that means I'd have to do the hunting myself, which is far from paying people to send animals to slaughter houses. We are not surviving anymore. You can literally drive to a grocery store and have food readily available to you. That's not surviving. But, now that we're so advanced, animal products are no longer necessary, and it's cruel to continue supporting companies that abuse those that don't know better. Yes, I know that there are small farms that do not mistreat their animals. I still do not believe it is right to unnecessarily take a life from a being that does not want to die.

You're certainly entitled to that opinion, even though you're wrong. And no, I will not eat rotting flesh that causes my body harm.

I don't tell people to stop eating meat. I tell them to stop eating certain meats, because it is literally cancerous. It'd be nice if they did stop all together, though. But I'm not going to shove my views down the throats of others. However, if you tell me to eat meat, you're literally asking me to rant about why I don't, so it's actually your fault if I strongly suggest you stop eating meat. Mmk? It's better for the environment anyway, it's not just about you, you narcissistic jerk.

It's not okay, actually. And. You. Are. An. Animal. So you don't have a soul either, I suppose? Does that make it okay to eat you? Try again.

9. "But what about the plants you're killing?"

Plants do not have nervous systems, nor do they have brains. Guess what.... Animals do. They feel pain exactly like we do. They have emotions and feelings. I don't want to take part in their suffering. I love how everyone who still eats meat hops on the plant activism wagon once they come across a vegan/vegetarian! Guess what, you can actually save plant lives by going vegan! What do you think the meat you're eating ate before its life was taken from it? Dummy.

10. "You're going to give yourself diabetes."

I'm sorry, what the flip flop? I'm pretty sure that's not how that works. This person said this in response to my diet being made up highly of fruits. Interesting that my blood tests still say I'm perfectly healthy, wow, would ya look at that. Facts.

11. "You're going to regret it when you're older and your bones are weak."

Meat doesn't make your bones strong. That's calcium. There's more calcium in plant based milks than in dairy milk, which has actually been found to have a significant link to osteoporosis. Also, have you seen older vegans? Many of them still look young and they're all vibrant. I don't think I'll regret being healthy, looking good and feeling good.