It took one plane, four trains, and two buses to get here. 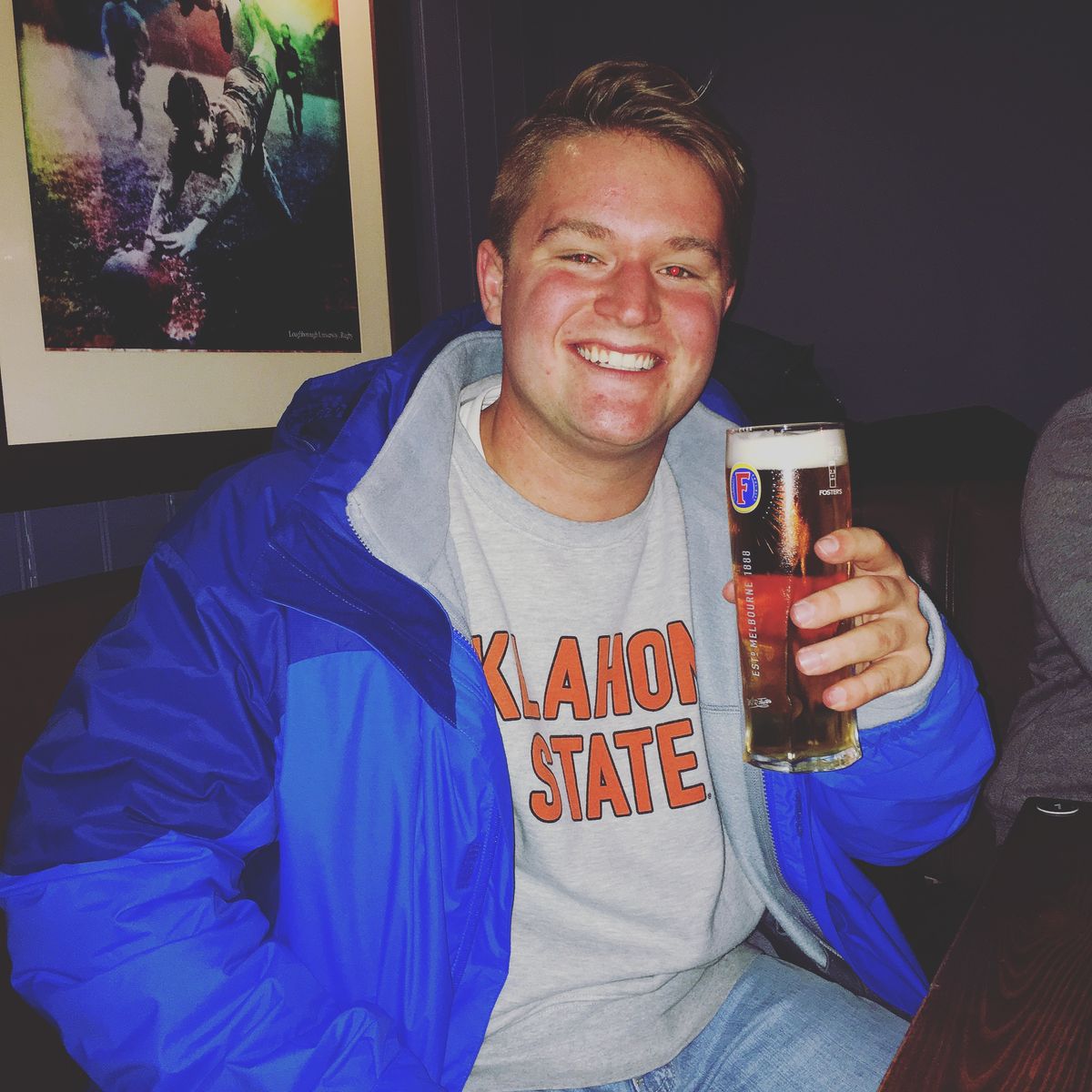 Let me start over.

So, my plane landed promptly at 7:30 a.m., England-time, and after waiting for about 45 minutes in the border control line at the airport, I boarded a train bound for Paddington Station where I was expected to take another train all the way to Loughborough. And so far, this trip was going great -- the flight had no delays, the express from Heathrow Airport had great Wi-Fi, and everyone I met had been so friendly. But when I was dropped off at the station where I was greeted by the clamor of engines hissing and the spoken farewells made between families and the constant movement of both railcars and people -- I did not quite know where my train would be waiting and so, I asked the nearest-what-I-hoped-was-a-worker person that I could find.

“Can you tell me where the train leaving for Loughborough is?”

Maybe I said it wrong. As I have slowly come to realize, there are multiple ways to say the name of the town that I chose to study abroad in. I have been told that the locals pronounce it, “looo-gahh” or “looo-gah-bar-ooooh-gahh.” The border control inspector pronounced it like, “luff-bore-ah.” A person at the pub said it like, “low-brow.” My mom says it like, “low-burrow.” And my dad just calls it, “London.” But they’re both American, so like me, they’re wrong.

Rather than mispronouncing the possible beloved town of this man, I showed him my ticket and pointed at my intended destination and replied, “Do you know where this train is leaving from?”

He peered at my ticket and said, “There are no trains that go to Loughborough from here.”

“You’ll have to go to King’s Cross. That’s where the trains going to Loughborough leave from.”

OK, but I’m at Paddington Station, not King’s Cross! I could already feel the panic beginning to well up, but I swallowed any scared or frustrated retort that would’ve escaped my lips and asked, “Is there any way I can get to King’s Cross?”

“Well yeah, you just need to take the Tube. But today, they’re doing construction on some lines so you’ll have to take the Bakerloo line and get off at Oxford Circus and take the Victoria Line to King’s Cross.”

Yeah, easier said than done. For one, when he said “Bakerloo," it sounded liked Baconcaloo, so when I repeated his line to the Underground attendant at the entrance to the Tube, her confused expression immediately made me backtrack, “Or something like that.”

She regarded me with an amused expression. “You’re not from here, are you?”

“No, I just flew here from America.”

“I thought I heard that accent. Well, you’ll need to take the Bakerloo line...” It still sounded like Baconcaloo to me as she repeated the man’s directions. I quickly uttered my gratefulness and flashed my ticket to let me through the doors into the station. I was finally making progress.

Until I saw the pathway in front of me split off into two different corridors. I froze. Where there was supposed to be constant action of people going to their trains was instead an American strapped with two bags and a bulging suitcase, stupidly staring and trying to guess the correct way.

“To your left!” Screamed the Underground attendant.

I swiftly walked down the tunnel, the walls so very plaster white, and came out onto an enclosed platform that was adorned with posters boasting of the next local Broadway show paired with some graffiti. And the Tube was already there, doors open, and waiting for me. I climbed in and noticed that every seat was already taken.

I schooled my face into what I can only hope looked like nonchalance and carefully registered my surroundings when the train took off. When whoever nicknamed the London Underground as the Tube, they were really onto something. Because I noticed that the train car I was in had a sort of stretched distortion to it that the subways in New York do not possess. The railcar was wider than it was tall and still maintained that opaque sheen as the platform. Even the tunnel was shaped like a tube.

I kept my ears trained on the woman’s voice emanating from the overhead speakers, waiting for her to announce the stopping point Oxford Circus.

I have no actual idea what the outside world looks like at these stopping points, but hopefully I will return to London soon and find out.

I exited the subway with the other people leaving it and followed the signs leading towards the Victoria Line. After waiting for about 4 minutes, the Tube showed up and whisked me away to the station that so many Hogwarts students travel from.

Sidenote: I did not actually see Platform 9 ¾, but I am determined to find it the next time that I am in London.

Once I got into the main lobby of the train station, I again sought the guidance of a train attendant and showed him my ticket and asked, “Can you help me find my train, please?”

He regarded my ticket and said, “That train is not in this station. You have to go across the street to St. Pancras.”

I pushed through the front doors and quickly ran across the street, but not without getting a picture of what the world of London looks like. Cobblestone streets. A tiny clock tower. Lampposts situated on sidewalks -- err, pavement I mean. I then made my way into St. Pancras and found my train.

After waiting about 15 minutes, I boarded the train and headed towards Loughborough University.

I will be here for about five months and I hope that adventure will follow me wherever I choose to travel.